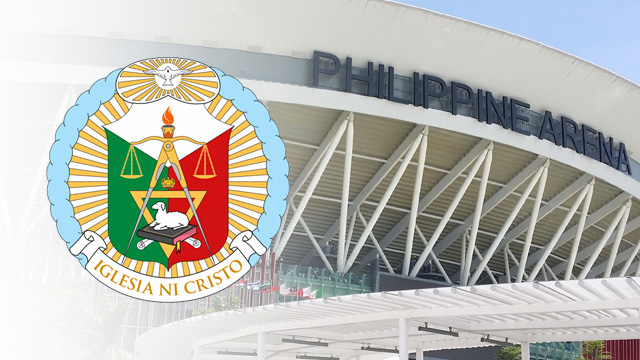 MANILA, Philippines – It was touted as a world-class structure fit to showcase the growing clout of homegrown Philippine church Iglesia ni Cristo (INC). On Wednesday, July 27, the influential church celebrates its 102nd year.

Two years ago in 2014, the Iglesia opened the Philippine Arena, the world’s largest indoor theater, to widespread attention: an P8.7-billion ($200 million) megastructure that served as the centerpiece of the sprawling 75-hectare Ciudad de Victoria complex in Bulacan.

Conceived, designed, and envisioned as a world-class stage for local and international events, the arena has played host to several events: from the INC’s centennial celebrations, to a concert by local celebrity tandem AlDub, and a performance by American pop superstar Katy Perry.

Funds for the arena, the INC said, came from the donations of its members, a practice that aligns with the teachings of the church’s second executive minister, the late Eraño “Ka Erdy” Manalo.

In some of his messages to INC members, Ka Erdy had emphasized that the INC should spend within its means, and denounced the idea of the church incurring debts to fund its projects.

Documents obtained by Rappler, however, showed that INC officials had engaged in agreements with two banks, to obtain a P1.137 billion loan to partially fund the construction of Phase 1 of the Ciudad de Victoria project.

According to recitals in the loan documents, Phase 1 of the project includes the construction of a “multi-purpose indoor arena, and certain commercial and retail buildings and structures.” (READ: Iglesia ni Cristo’s centennial project draws world attention to PH)

But several amendments to the agreements showed that INC leaders had asked for additional amounts of up to P3 billion to repay the existing loan.

To secure these loan agreements, at least 61 INC-owned properties – ranging from church sites to residential and agricultural areas in Metro Manila, Nueva Ecija, Rizal, Cavite, and Baguio – were put up as mortgaged collateral.

In addition to this, 317 condominium units in Quezon City, with a total market value of more than P1 billion, were also included as collateral.

Up to P3 billion requested

Based on the documents, the INC was one of the parties in loan agreements entered into by the Maligaya Development Corporation (MDC) with two banks: the Metropolitan Bank & Trust Company (MBTC) and the Asia United Bank Corporation (AUB).

Santos Jr was also the signatory for the Felix Y. Manalo Foundation (FMF) and the New Era University (NEU).

According to the memorandum of agreement among MDC, NEU, and INC, the church agreed to turnover the completion of Phase 1 of the Ciudad de Victoria project to NEU, with the participation of MDC.

NEU and MDC were to take part in the “financing, construction and development” of the project.

To finance this, MDC acted as borrower in a March 2014 omnibus loan and security agreement with lender MBTC. The latter agreed to provide P1,137,500,000 to partially fund the construction and development of Phase 1 of the project.

But in July 2014, MDC requested for P750 million from MBTC to repay its existing loan.

A month after that, MDC and MBTC entered into a second amendment to the omnibus agreement. MDC sought up to P3 billion to repay its existing loan, putting the total principal amount to up to P4,887,500,000.

To secure the loan, MDC and the third party mortgagors (those who mortgage their property) – INC and FMF – provided additional mortgaged collateral, covering 61 INC-owned properties. These properties ranged from church sites to agricultural properties to residential ones, located in various areas in Metro Manila, Nueva Ecija, Cavite, and Baguio.

In addition to this, 317 units owned by the INC in LIG Condominium in Quezon City were included as additional mortgaged collateral. According to the appraisal report, the units have a total market value of P1,000,317,000.

The condominium certificates of title for several units in LIG stated that the units were mortgaged to guarantee the P3-billion loan from MBTC.

These were also the same set of properties mortgaged for a P2 billion loan – this time from AUB.

In March 2014, MDC also entered into an agreement with AUB for a similar purpose: to request P1.137 billion to partially fund the construction of the Ciudad de Victoria phase 1 project.

In its agreements with AUB, the Metropolitan Bank & Trust Company-Trust Banking Group acted as collateral agent, with the INC, FMF, and other registered owners of the mortgaged collateral as third party mortgagors.

Both properties listed several INC ministers as owners. In one of them, the names of Benefrido C. Santiago, Bienvenido C. Santiago, Glicerio B. Santos Jr, Arnel A. Tumanan, and Lowell C. Menorca were mentioned.

Lowell C. Menorca is the father of former INC evangelical worker Lowell Menorca II, who fled the Philippines with his family citing alleged harassment from the church leadership.

In an email to Rappler, the  younger Menorca said that he only learned about the Bulacan property fairly recently. He also said that his father had acted as a “custodian” of the property.

“As far as I know, it was under internal arrangement within the Church Administration and the INC Legal Department because he never claimed it to be his nor profited from it, he was probably just a custodian of the property as a trustee of the Executive Minister,” he said.

Menorca added that it was “common practice” for Sanggunian ministers to be named as owners of church properties, because they were among those trusted by the executive minister.

While the loan agreements made it clear that it was the two Santoses who were signatories, the loans were made with the knowledge of the current executive minister, Eduardo Manalo.

In a notarized resolution dated February 10, 2014, Manalo acknowledged that the INC had entered into a memorandum of agreement with NEU and MDC for the Ciudad de Victoria project, and that the INC and NEU have agreed to “give the required collateral securities to secure such financing from the Project lenders.”

Corporate Resolution No. 02-2014 further stated that MDC has proposed to secure “one or more loan and credit facilities” from banks to obtain the aggregate principal amount of up to P3.5 billion to partially finance the project.

It added that the INC has agreed to provide the required collateral securities and letters of support for MDC after having “independently satisfied itself that it will derive direct and indirect economic benefit from the arrangements contemplated in the agreements for the Loan Facilities and that the execution by it of said agreements will result in corporate benefits to it.”

This resolution from Manalo showed that he was aware of, and approved entering into the loan agreements, even as his late father had denounced the idea of the church incurring any debts.

In one of his speeches, Ka Erdy declared that the church has never started on a project without first ensuring that it had enough funds.

(Whenever the Iglesia was planning to have something built, we first look at our treasury, we ask if the Iglesia can afford it. When we had the temple constructed, you did not hear anything from us, we did not issue circulars asking you to donate for the temple.)

(We did not ask for additional contributions, because we do not start any project if the Iglesia does not have sufficient funds for it…We did not bother you, and we did not mortgage the properties and lands of the Iglesia.)

While it is normal for corporations to secure bank loans for various uses, the issue for several INC members lies in the fact that the church had once proudly declared that it owed no bank any debts.

No less than Ka Erdy, once the church’s highest official, had warned against it, saying in one of his messages that the moment someone incurs debt, “buwisit na ang kanyang buhay.”

One Iglesia member said that the INC’s involvement in these loan agreements is a big deal for members because it runs counter to Ka Erdy’s teachings for the church not to spend beyond its means.

“In the past administration, it was a rule that the church does not borrow money…For the members, they’re not used to the fact that the Iglesia has debts. So when this came out, we were shocked,” she said.

She added that whispers of the controversy had even started to affect members’ donations, with ministers taking to the podium week after week to encourage members to give more offerings.

In the past, she said, one would not even hear the clink of coins in the collection basket, because members were putting in paper bills. But it’s not the case these days.

“We’re concerned about the church’s funds. Utos sa amin ang pagbibigay, pag-aabuloy. Pero papaano kami tutupad sa utos kung nilulustay ang pera? (We are commanded to give offerings to the church. But how we can we follow this if the money is being wasted?)”

Although the INC is not the direct borrower in the loan agreements, she pointed out that some of the church’s highest officials are still involved.

Another Iglesia member also said that there seems to be more pressure on members to help with the church’s expenses.

“Now we’re being asked to chip in, that’s very unusual. And when you connect the dots, it seems that perhaps we do have debts. A church is supposed to be non-profit, but you see the Philippine Arena that’s not raking in profits. How do you sustain it?”

While it is not clear if the MDC had received and made full use of the billions it requested from the banks, the documents showed that church leaders requested at least P1.137 billion to partially finance the construction of the Philippine Arena and other related development included in Phase 1 of the Ciudad de Victoria project.

The arena, constructed at a staggering cost of P8.7 billion, was envisioned to be a prime venue for concerts, sports events, and conferences. It even has 8 private rooms, offering VIP guests with special viewing decks and plush theater seats. (FAST FACTS: Iglesia ni Cristo’s Philippine Arena)

So far, the arena – located north of the Philippines’ capital region – has hosted only a handful of big-ticket events. Based on its website, its latest event was the Maligaya Summer Blast, held last May.

The arena has also been used for some of the church’s evangelical missions and activities.

An INC insider also said that some of the mortgaged property were housing for church ministers, but added that these ministers have no choice but to stay silent about their concerns, for fear that they might be kicked out of their residential units.

Rappler has repeatedly sought comment from the INC, but has yet to receive a reply as of posting.

For his part, Menorca criticized how the church’s properties were “squandered” under the current leadership.

“It is so saddening that after all these years, all the properties and monumental successes of the Church under the previous Executive Minister, were shamefully squandered away after decades of careful and meticulous stewardship,” he said.

He added, “We continue to hope and pray that the whole truth will be revealed, not to further humiliate the church but to finally expose the wrongdoings inside the church administration in order to put a stop to it and hopefully restore the church to its pristine condition.” – Rappler.com