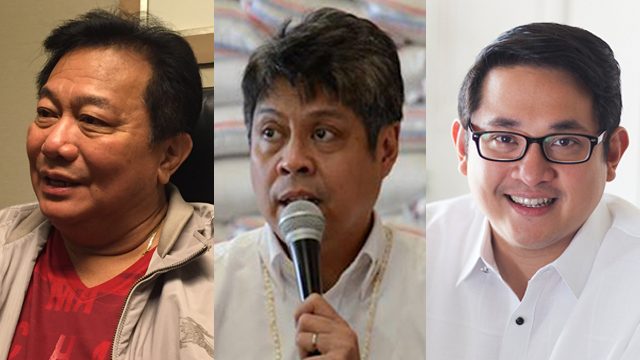 MANILA, Philippines – Davao del Norte 1st District Representative Pantaleon “Bebot” Alvarez has clarified that his proposed measure to bring down the age of criminal responsibility will focus on rehabilitating, and not imprisoning, juvenile offenders.

Alvarez made the assurance on Saturday, July 9, amid concerns over House Bill No 2 or the “Minimum Age of Criminal Responsibility Act” he co-authored with Capiz 2nd District Representative Fredenil Castro.

“If the fear is that all youthful offenders will be thrown in jail along with hardened criminals, that is not what we want to achieve,” Pantaleon, who is presumed to be the next House Speaker, said in a statement.

“Our goal is to prevent young people from being exploited by criminal syndicates to commit various crimes and to make them undergo mandatory rehabilitation by the DSWD (Department of Social Welfare and Development),” added Pantaleon.

Alvarez and Castro also filed HB Number 1, which seeks to restore the death penalty via lethal injection for heinous crimes.

The filing of these two bills prompted Pangilinan and Senator Paolo Benigno “Bam” Aquino IV to issue warnings against their possible effects on the criminal justice system.

Pangilinan said that while minors who commit crimes should be held responsible, the gravity of the offense should be taken into consideration in deciding the punishment.

Aquino also said a situation may arise when a 9-year-old may be sentenced to life imprisonment or even death. (READ: On 2nd chances: Children in conflict with the law)

HB Number 2 seeks to amend Section 6 of  RA Number 9344 as follows:  “A child nine (9) years of age and above but below eighteen (18) years of age shall likewise be exempt from criminal liability and subjected to an intervention program unless he/she is determined to have acted with discernment, in which case he/she shall be subjected to appropriate proceedings in accordance with this Act.

Alvarez said they filed the bill to avoid instances when adult criminals “knowingly and purposely” use young Filipinos 15 years old and below to commit crimes.

“We hope to be able to come up with a mutually acceptable version of the bill through consultation and dialogue with senators and other stakeholders,” he said. – Rappler.com