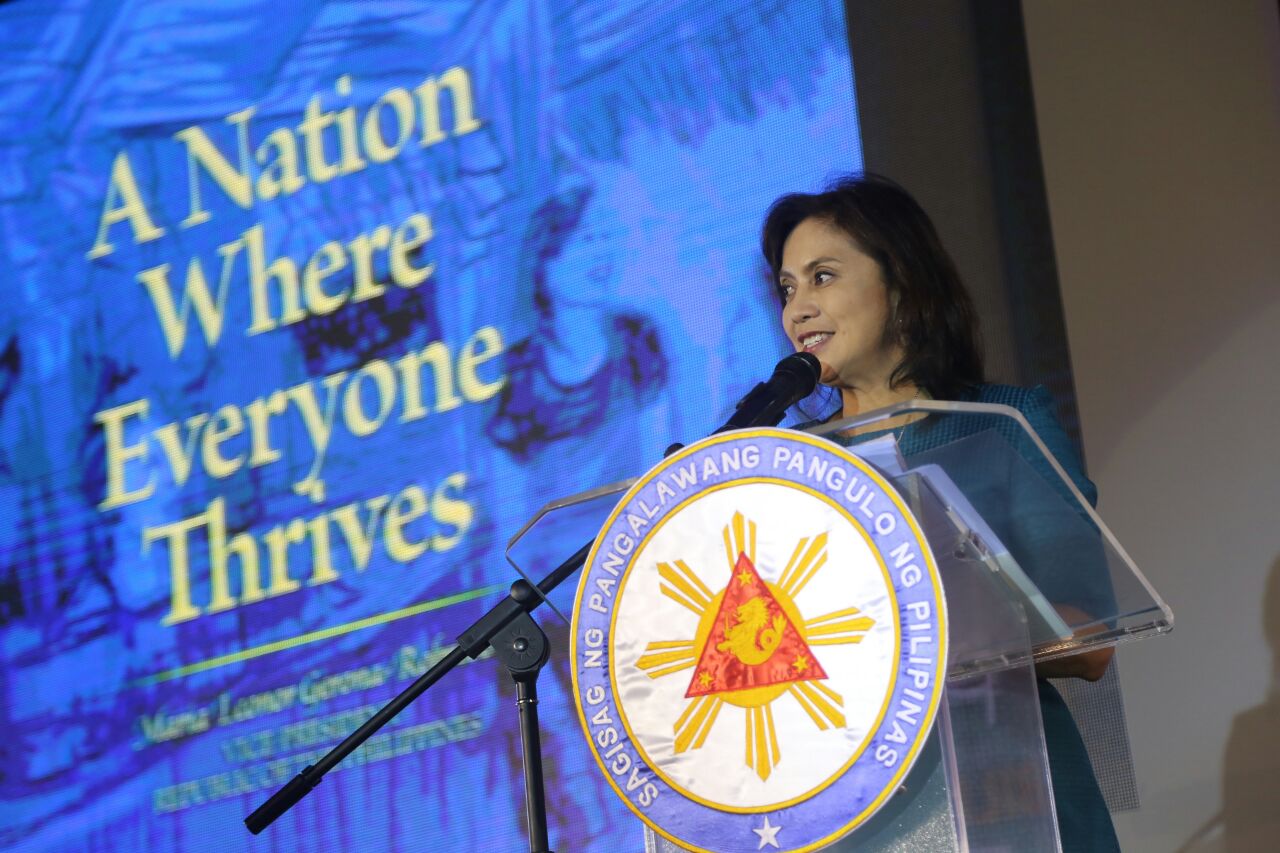 “We will enjoin the private sector to be our partners in providing not just houses, but decent and affordable communities where our people will find jobs, where their children can safely go to school, attend church, run around and play safely,” said the new housing chief in a speech at the BusinessWorld Economic Forum on Tuesday, July 12.

Robredo cited the partnership between a developer and the Quezon City government in providing resettlements for families living in squatter areas as a model they can adopt in addressing the 1.4 million housing backlog.

“In the past, informal settler families (ISFs) would pay anywhere from P1,500 to P3,500 a month to dwell in a 10-sqm space with no proper sewerage and drainage system,” she said.

“Through Phinma [Property’s] partnership with the Quezon City government, Pag-IBIG Fund and several partner NGOs, ISFs today shell out only a little bit more than P2,000 as monthly amortization through Pag-IBIG for decent 26-sqare meter homes with loft provisions that have proper sewerage and drainage and security of tenure,” Robredo said.

The hefty cost of owning a standard home has been a primary problem of the housing sector. A standard house and lot falls between P1 million and P3 million, according to a property consultant.

The Vice President, however, emphasized that she is pitching the concept not to ask for donations but as a form of business proposal. She said that Phinma Property’s investment on on-site resettlements in Quezon City have “proven [to be] commercially viable.”

This will not only provide for better and more affordable homes but also serves as an example on how to set up an inclusive business “that address social need in a commercially viable way.”

“This is just one example of addressing the ‘1% problem’ that perpetuates the current instability of our nation’s social order where the poor continue to be poor and get left behind. I am positive you can think of more ways,” she said.

Research by the Organization for Economic Cooperation and Development found that closing the gap between the rich and the poor provides for more economic growth.

Citing the study, Robredo said that Mexico and New Zealand’s rising inequality lessen their growth rates by 10 percentage points. The same goes for Italy, United Kingdom, and the United States where widening gaps inhibited their economic growth by 6 to 9 percentage points. – Rappler.com