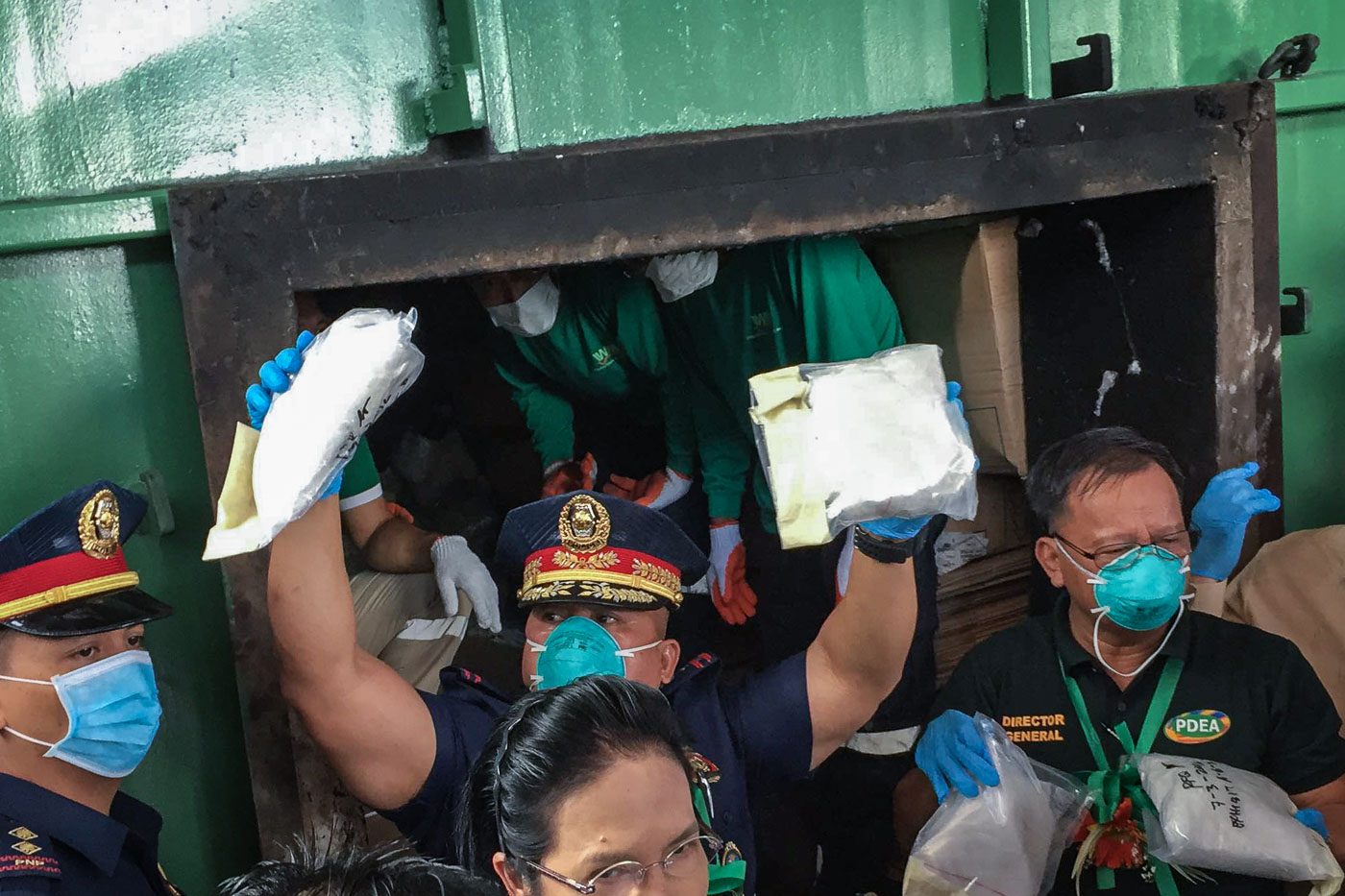 CAVITE, Philippines – Don’t blame us for the dead bodies. It’s the drug dealers who are killing each other, the chief of the Philippine National Police (PNP) said Thursday, July 14.

As some sectors continued to criticize the police and the government for the apparent summary killings of suspected drug dealers, PNP chief Director General Ronald dela Rosa urged the public to look at drug syndicates as possibly behind these.

(When you know these drug syndicates… we’ve gotten info that they’re killing each other.)

Citing information from those who’ve surrendered, Dela Rosa explained that drug syndicates themselves are killing their distributors, supposedly because the campaign against drugs has prevented the latter from remitting money.

(So the killings you see now, you always point to the police but the police are only doing legitimate operations. Those who are salvaging suspects, throwing bodies everywhere… those are drug syndicates.)

Dela Rosa, who was sworn into office on July 1, leads the PNP in its campaign to eliminate crime and the spread of illegal drugs. Tens of thousands of drug dependents and pushers have surrendered to authorities while hundreds have died in the first two weeks of President Rodrigo Duterte’s term alone.

A crackdown on crime, illegal drugs and corruption was among Duterte’s key campaign promises.

But some sectors want these operations investigated.

Vice President Leni Robredo, the newest addition to the Duterte Cabinet, also recently expressed concern over a “growing culture of vigilantism and violence.”

(They can criticize if they want. But it depends… If they have the evidence to back it up, they can file the necessary complaint so we can act on it, if ever police are excessive, abusive… we won’t cover that up.)

(We will not cover that up because you cannot correct a mistake by making another mistake, right? Dealing drugs is already wrong so why would you do another wrong by resorting to extrajudicial killings? You won’t be able to fix the Philippines.)

Estimates peg the death toll of the war against drugs at 300 – including those slain in legitimate police operations and those who were simply found dead with placards declaring their supposed links to drugs found near or attached to their bodies. – Rappler.com