Jul 14, 2016 11:34 PM PHT
Rappler.com
Facebook Twitter Copy URL
Copied
The Philippine Women's University – of which Benitez was a longtime chairperson of the board of trustees – says she died of natural causes 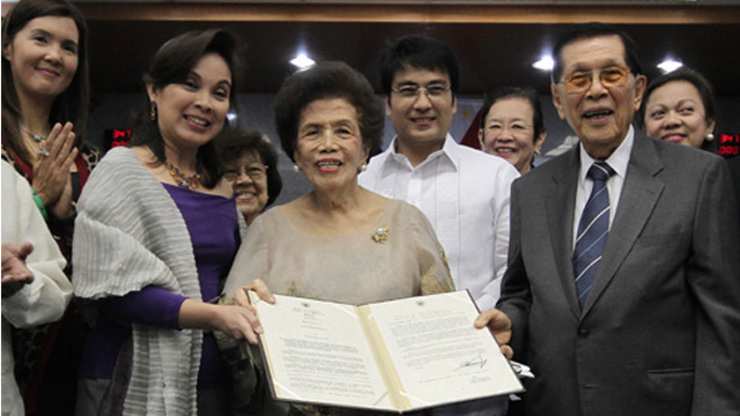 The Philippine Women’s University – of which Benitez was a longtime chairperson of the board of trustees – said on Facebook she died of natural causes.

A memorial mass was held in earlier in the evening. The PWU Facebook page added, Benitez’s cremated remains “will be brought to PWU Chapel tomorrow, July 15, 2016 for the 7:00 p.m. mass. Viewing will continue until Sunday, July 17, 2016 from 9:00 am onwards. Her remains will also be brought to the Philippine Senate before its inurnment on July 19, 2016 at the Mira Nila Chapel, Quezon City.”

As the 7th elected woman senator, Benitez championed environmental protection, women’s rights, education, and culture and the arts. She was the founder of the world-renowned Bayanihan Philippine Dance Company, and was the first Filipina chairperson of the UN Commission on the Status of Women. (FAST FACTS: Helena Benitez on her 100th birthday)

She was also the first Filipina and first woman to become the president of the governing council of the UN Environment Program (UNEP).