PH victory over China proves ‘right is might’ – Del Rosario 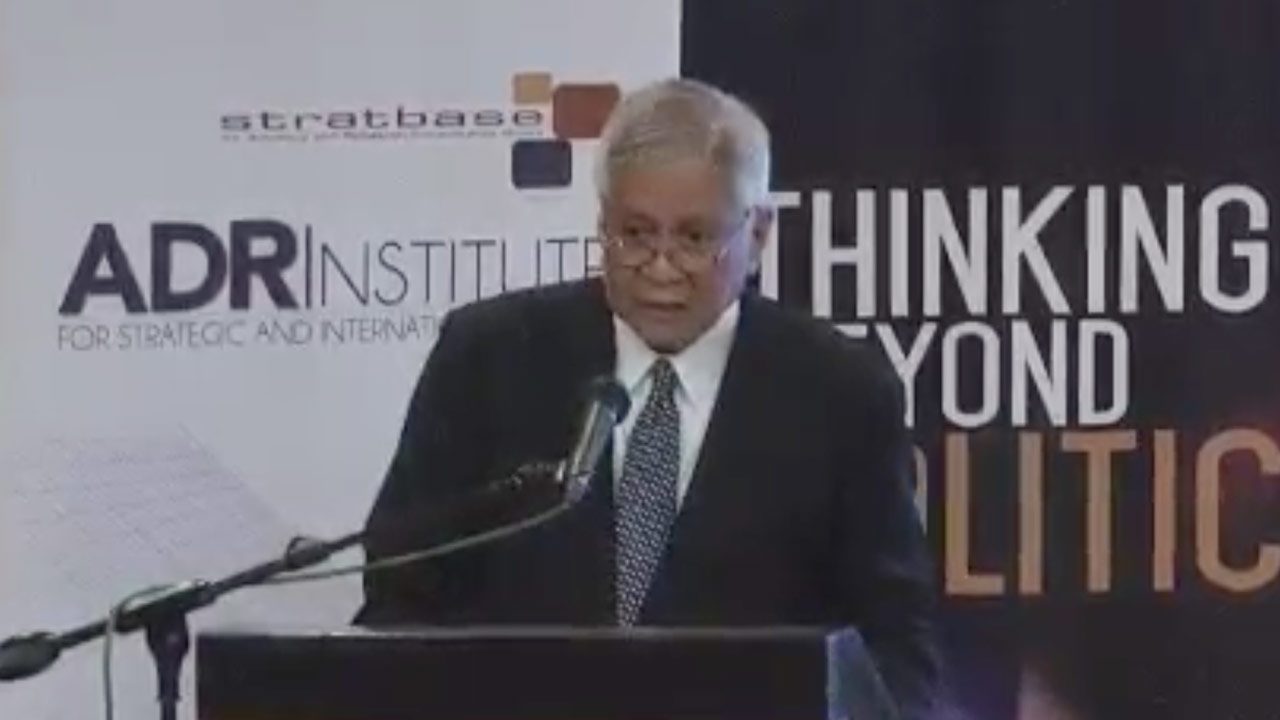 MANILA, Philippines – Speaking for the first time since the Philippines won its case against China at the Hague tribunal, former foreign secretary Albert del Rosario said the legal victory showed that “right is might.”

Del Rosario opened the forum on the West Philippine Sea organized by the University of the Philippines College of Law at UP Diliman. The forum brings together the key members of the Philippine government team that filed in January 2013 the case against China.

(Watch the forum below)

The UN-backed Permanent Court of Arbitration in The Hague ruled in favor of the Philippines on July 12, 2016 in the country’s maritime dispute with the Asian giant.

The Hague ruling proves that “right is might and that international law is the great equalizer for all states,” Del Rosario said as he thanked Filipinos for their “unwavering” support for the foreign policy direction that the Aquino administration took in this case.