Duterte to Cabinet: Process permits in 30 days or we part ways 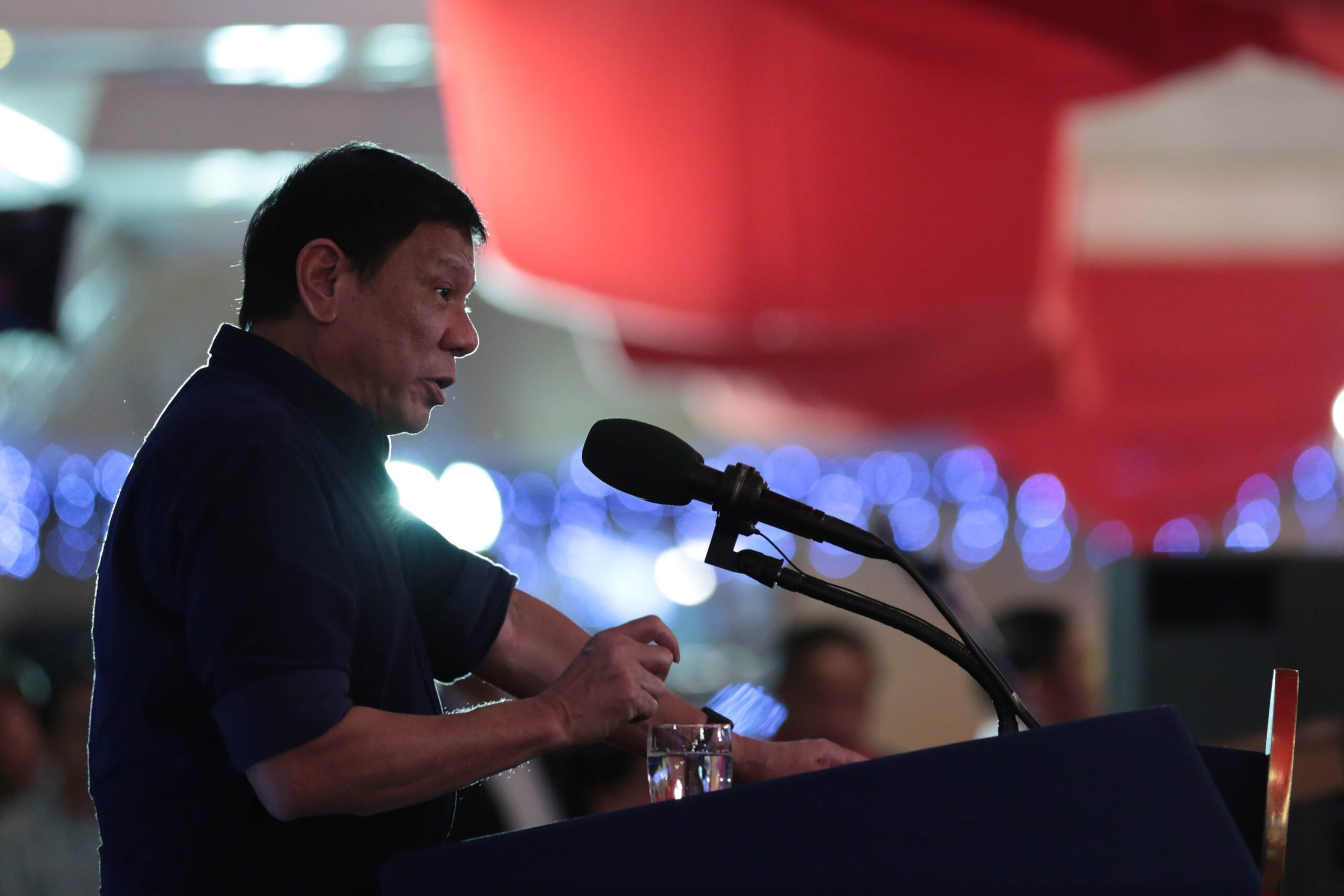 MANILA, Philippines – President Rodrigo Duterte has ordered his Cabinet officials  to ensure a maximum 30-day processing time of permits in their respective agencies.

“Sabi ko, ‘yung Cabinet (I told the Cabinet), 30 days, whatever department, 30 days, reduce the signing authority,” he said in a speech at a testimonial reception of San Beda Law School alumni on Thursday night, July 14.

Reduced red tape in government agencies was among Duterte’s campaign promises. Back then, he had given a 72-hour or 3-day deadline for agencies.

He repeated a directive to lessen the number of signatures needed for the approval of permits.

Watch his speech below:

He even said his resolve to implement this became stronger upon reading a “letter to the editor” published in a newspaper, in which the author claimed she had a difficult time getting a government document.

“Now, if you cannot comply with it, then sorry. We part ways. That’s the only way to do it,” he said.

Duterte wants to replicate anti-red tape practices he helped implement in Davao City. Business permits, and permits related to electrical fixtures and engineering are supposed to be processed within 72 hours. Agencies that miss the deadline were required to explain the delay to his office.

The President repeated his determination to eliminate the need for citizens to line up in front of government offices, saying they should be given a stub and instructions to return on another day.

He has also instructed Cabinet members to implement this system in their agencies. – Rappler.com