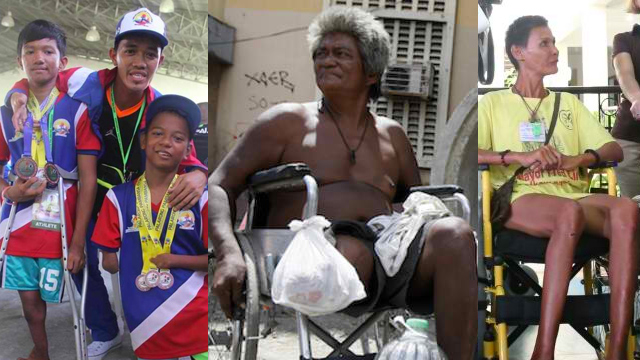 For Mayor Dahlia Loyola of Carmona, Cavite, the answer is simple: PWDs are not the priority for these LGUs.

(How do we compel our local governments today to do programs for PWDs? Because if it’s not a prioirty, they won’t do it.)

Loyola, whose municipality is a Special Award recipient during the 2015 Apolinario Mabini Awards, said LGUs should not merely establish a PWDs affairs office, but should also make sure this office is functional.

(This is our mandate, it’s an executive order that the affairs office of PWDs is not only part of DSWD, but should be a separate office.)

The 2005 order encouraged LGUs to adopt the Community-Based Rehabilitation (CBR) program for PWDs, and to allocate funds that will support the program.

The same order said the responsibility of implementing the program should fall under a designated unit within the office of the local executive.

July 17 marks the start of the 38th National Disability Prevention and Rehabilitation Week, a celebration held every 3rd week of July pursuant to Proclamation 361.

The week culminates every July 23, or the birth date of Philippine hero known as “The Sublime Paralytic,” Apolinario Mabini.

Citing the 2010 Census of Population and Housing, Rizalio Sanchez of the National Council on Disability Affairs said 1.4 million out of the country’s 92.1 million household population had disability.

Carmona’s initiatives for PWDs also include the Center-Based Education Program, in which the PWDs affairs office identify and locate children with special needs.

These children will be evaluated and diagnosed by developmental pediatricians and doctors, after which they will be referred to one of the programs that suit their needs:

Carmona has allocated a yearly budget of around P1.5 million to “continuously upgrade the facilities and services” for PWDs in the municipality.

(What saddens me is this: Why can’t this be replicated or cascaded to other government units? Maybe because they don’t want to do it.)