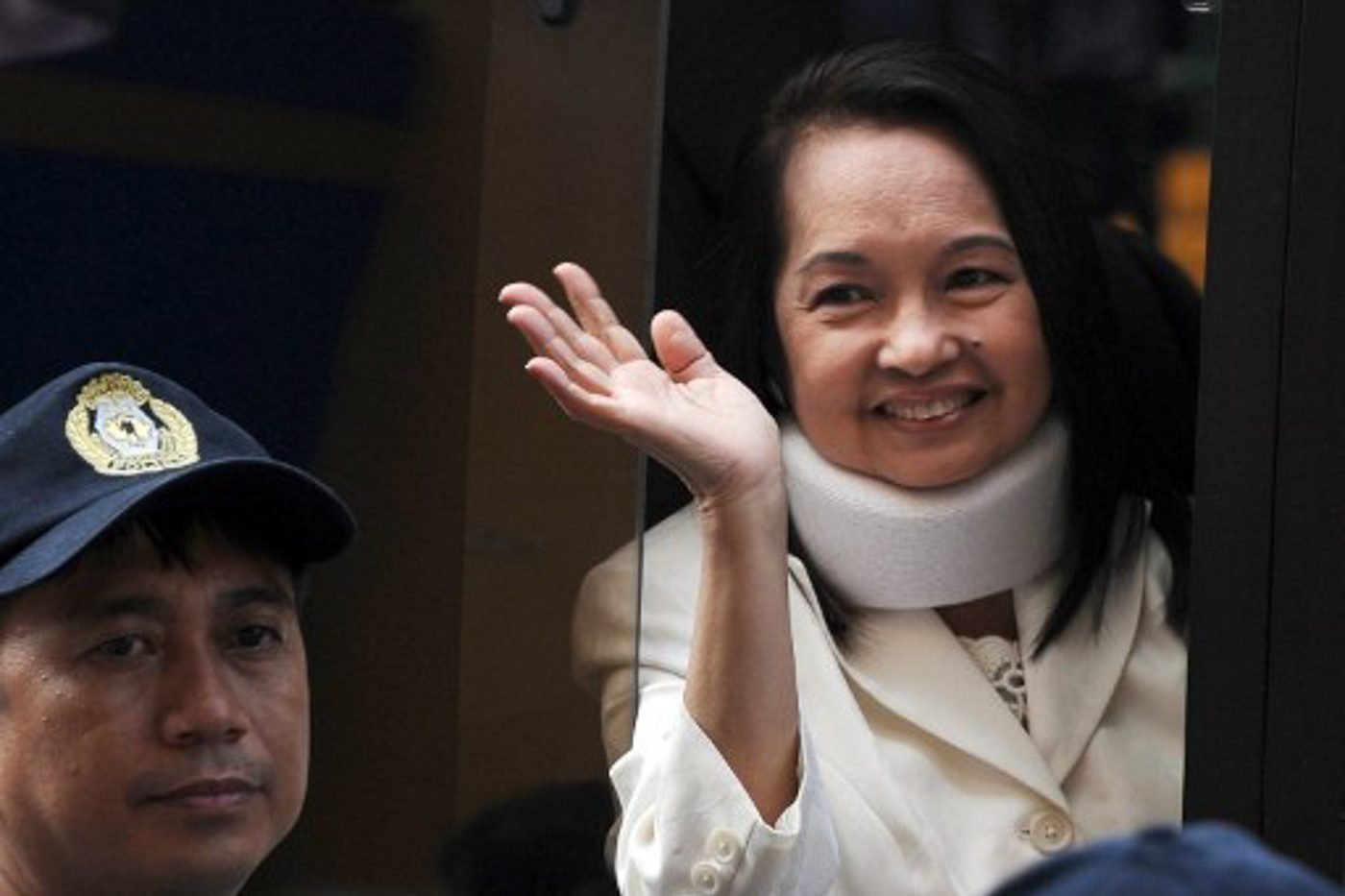 MANILA, Philippines – The camp of former president Gloria Macapagal-Arroyo on Tuesday, July 19, hailed the Supreme Court (SC) ruling that acquitted her of plunder.

Voting 11-4, the SC granted Arroyo’s plea to drop the case against her, setting in motion the former president’s release from hospital arrest. (READ: Timeline: Gloria Arroyo – from plunder to acquittal)

“[The SC’s] ruling today has validated what we have been saying for 6 years now: that the charges against [Arroyo] are nothing more than disingenuous attempts at political persecution by a corrupt and inept Aquino administration intent on covering up its gross lack of accomplishments by harassing its political opponents,” Topacio said.

Topacio added that the coming into power of the Duterte administration will usher in a new period, away from what he called the “unrelenting prosecution and defamation perpetrated by the previous regime.” (READ: Gloria Arroyo for Duterte?)

“The dawn of a new administration has brought about new hope for great positive change, which includes freedom from false and malicious accusations and unceasing lies and disinformation,” the lawyer said.

“We all join the new government in its fight against criminality, corruption, and its economic and political reforms that will surely usher in a new golden age for our country and people.”

Two weeks after President Rodrigo Duterte won the May 9 elections, he had said that he was ready to grant pardon to Arroyo.

(Arroyo should also be released because all of those charged with her in connection with the sweepstakes expenditure on the intelligence fund are already free. It’s only Arroyo who remains under arrest.)

However, Duterte said, Arroyo refused his offer to grant her pardon as this would require her to admit to the crime of plunder.

Arroyo, now representative of the second district of Pampanga, has been detained at the Veterans Memorial Medical Center in Quezon City since October 2012.

She was charged over the alleged misuse of P366 million in Philippine Charity Sweepstakes Office (PCSO) intelligence funds from 2008 to 2010. – Rappler.com