Jul 20, 2016 5:40 PM PHT
Bea Cupin
Facebook Twitter Copy URL
Copied
'We must all stand together in defending our human rights, as well as the rights of those who cannot fight for themselves,' says Vice President Leni Robredo 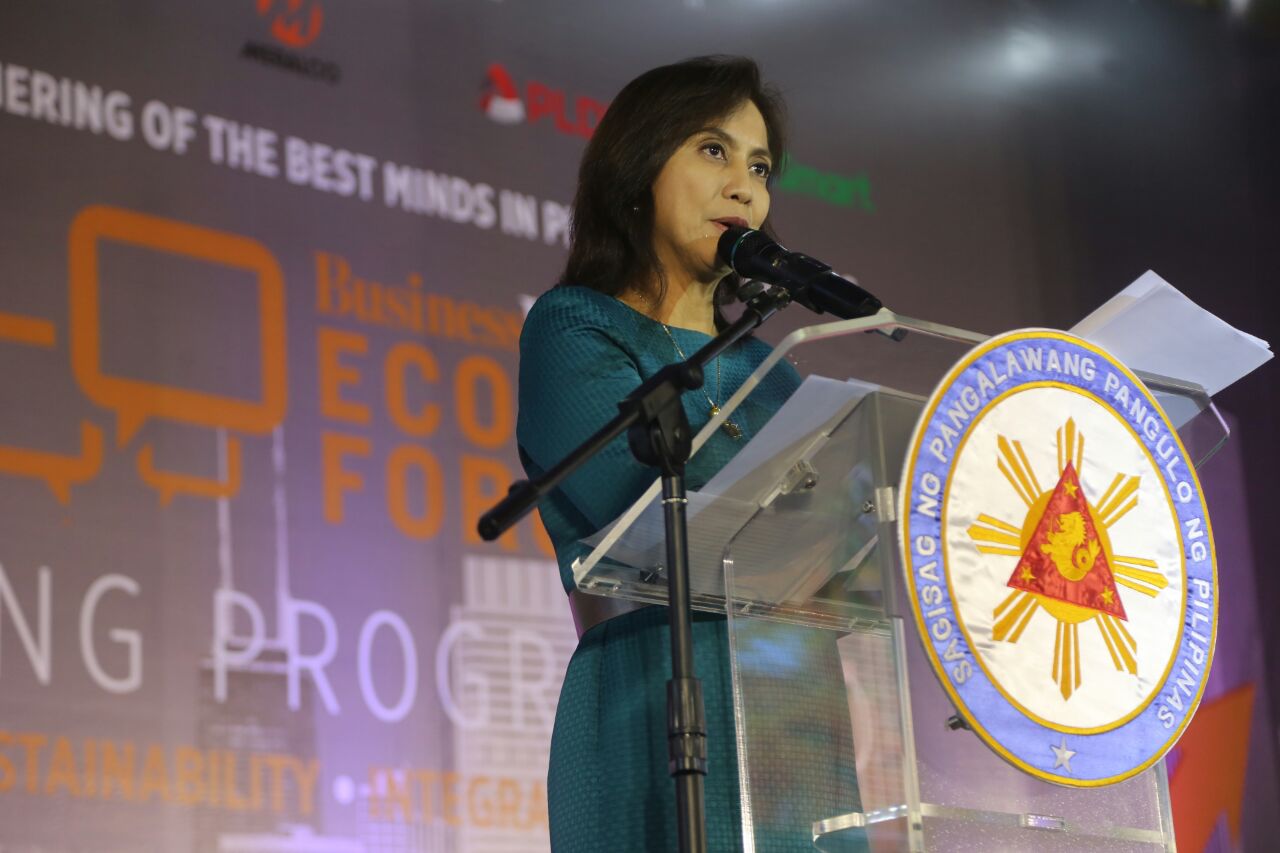 MANILA, Philippines – Barely a week after first releasing a statement to express “concern with the growing culture of vigilantism and violence” in the country, Vice President Leni Robredo urged authorities to probe the “spate of extrajudicial killings” being reported across the Philippines.

“We strongly condemn the spate of extrajudicial killings that occurred recently. This senseless and unjust violence must stop. We should not foster a culture of fear in our society – one that tacitly accepts death and one that does not give respect to human life,” said Robredo in a statement released Wednesday, July 20.

Robredo, who is President Rodrigo Duterte’s housing chief, said the “extrajudicial killings is a call for all of us to uphold every person’s right to due process.”

The Philippine National Police (PNP) has yet to make data available on suspected cases of extrajudicial killings but reports of bodies found tied, gagged, bearing signs that “confess” to being drug pushers, users, or thieves have spiked since the police force intensified its campaign against illegal drugs.

“Each Filipino that was killed over an alleged crime was denied their right to a fair trial, and those lives can never be returned to their loved ones. We must all stand together in defending our human rights, as well as the rights of those who cannot fight for themselves,” added Robredo, who was a lawyer at the Public Attorney’s Office and later, a non-governmental organization, before joining politics.

Close to 200 suspected drug pushers and users have died in police operations around the country, while thousands have been arrested. Over 65,000 self-confessed drug users and pushers, meanwhile, have surrendered to authorities as a result of the PNP’s “Oplan TokHang.”

TokHang, a brainchild of Dela Rosa during his stint as Davao City police chief, involves cops literally knocking on the doors of suspected drug users and pushers and warning them to end their ways.

Dela Rosa had earlier said he is against summary executions and extrajudicial killings, saying these are acts of “cowards.” He said that while he “presumes regularity” in the operations of his men nationwide, he is also open to a probe into supposed instances of human rights abuses.