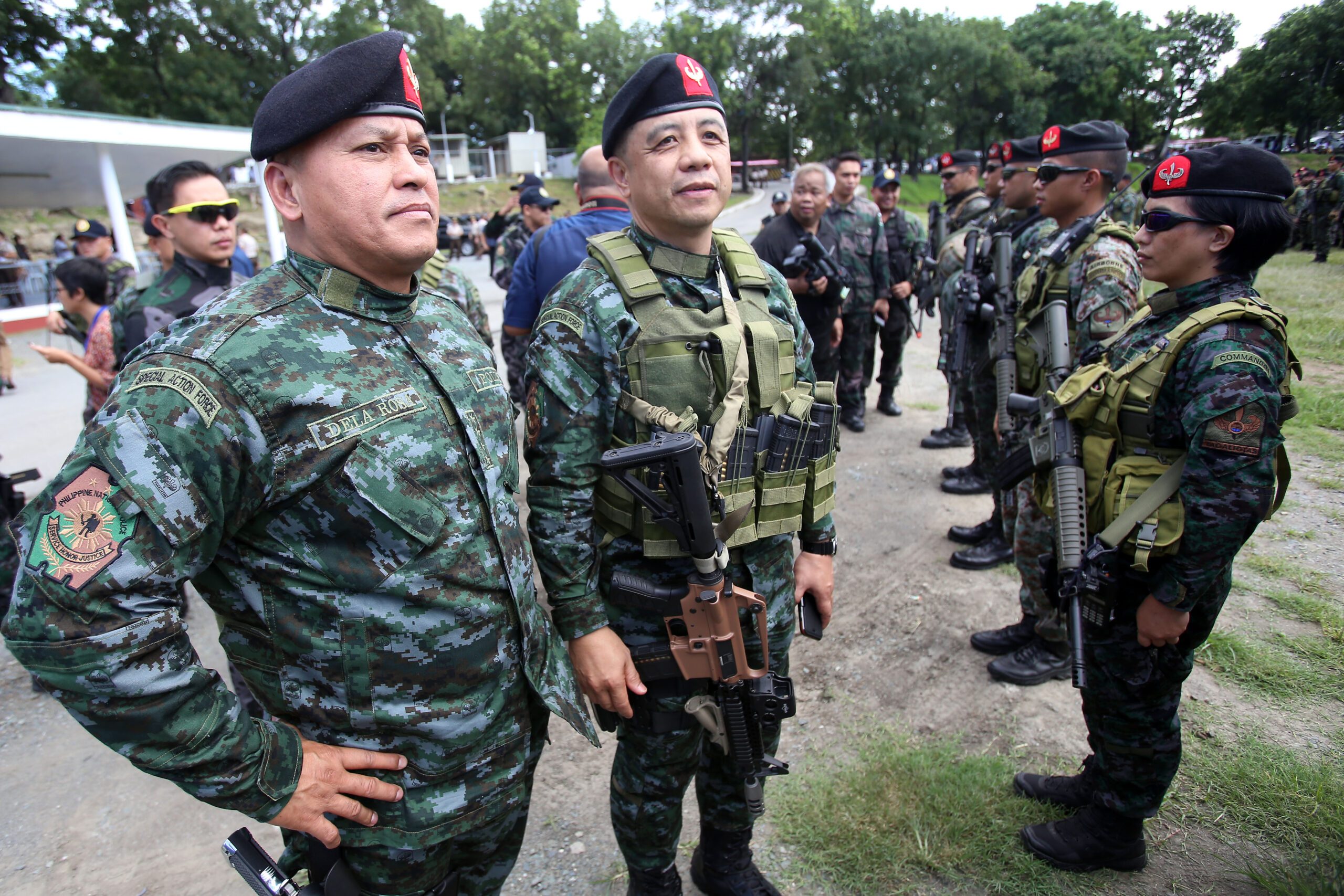 MANILA, Philippines – An entire battalion of Philippine National Police (PNP) Special Action Force (SAF) troopers will now be guarding criticial areas of the New Bilibid Prison (NBP) in Muntinlupa, as part of the new administration’s efforts to curb the spread of illegal drugs, crime, and corruption in the national penitentiary.

The 320 SAF troopers, plucked from different battalions all over the country, began their duty over the high-security prison on Wednesday, July 20, where notorious criminals – including drug lords who supposedly continue their operations from inside prison – are detained.

Work started early for the elite cops on Wednesday, who underwent a short course on prison management prior to assuming their new roles. Moments before PNP chief Director General Ronald dela Rosa arrived in Muntinlupa, SAF troopers led an emergency inspection of Building 14, where many high-profile inmates are detained.

Police seized almost half a million pesos in cash, cigarettes, signal boosters, and other prohibited items during the inspection.

It wasn’t the first time authorities attempted to rid the prison of illegal items. Since November 2015, the justice department led by now Senator Leila De Lima conducted over 30 inspections under “Oplan Galugad.” (IN PHOTOS: Drug lords, murderers, and high living in Bilibid)

Despite their incarceration, drug lords supposedly continue operations through calls and texts, even if cellular phones are prohibited inside the prison.

Bureau of Corrections personnel will undergo a refresher course while the SAF troopers take over the compound.

Dela Rosa, speaking before SAF troopers, said they were being deployed since they’re “incorruptible” and are among the PNP’s best. The SAF is a mobile unit that can be deployed for a range of operations: from anti-terrorism efforts to VIP security.

As he inspected the troops, Dela Rosa again warned SAF personnel against succumbing to the enticements of drug lords. “Better check your K9s too, they might be bribed,” he quipped.

At the same time, Dela Rosa reassured inmates that the SAF were not being deployed to execute them, but to make sure that they stop their alleged illegal activities.

Some of those in Bilibid now are veterans of operations in Mindanao, according to Chief Superintendent Benjamin Lusad, SAF director. – Rappler.com