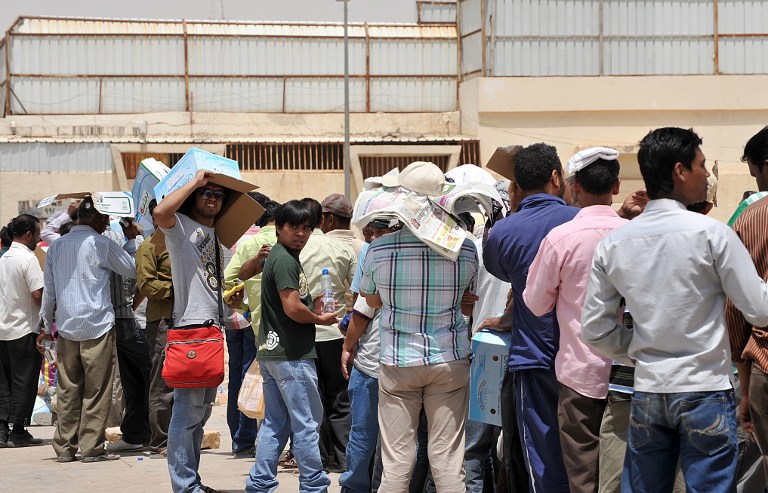 Like many other OFWs, Camarce felt leaving the Philippines was his only choice.

He is now on his 9th year in the kingdom and his 2nd year working for Saudi Oger, a private construction company. 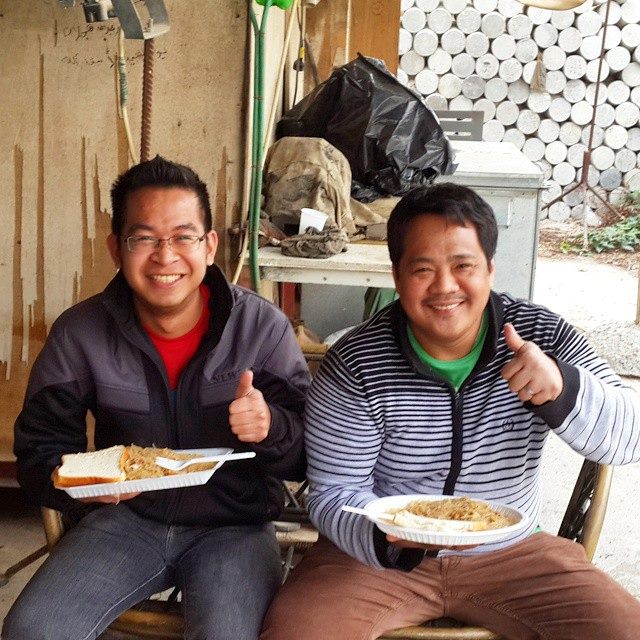 “Makikipagsapalaran ako dito, maitaguyod ko lang pamilya ko.” (I will face the challenges here to provide for my family.)

All was going well until the price of crude plummeted to one of its lowest in the past 12 years, pushing the oil-rich kingdom’s government to cut spending and put up austerity measures.

By 2015, Camarce and his colleagues were already feeling its impact. According to him, their salaries then were delayed by 2 to 3 months.

Since January 2016, he had stopped receiving even a single cent from his employer.

This is the same case for all his colleagues who were supposed to received 5,000 SR and below every month. Those whose salary amounts to more than 5,000 SR, meanwhile, haven’t been paid for 9 months now, he said.

(They give so many reasons for not giving us our salaries. They say the government of Saudi is not paying, sometimes they blame mismanagement.)

Because of this, many of his colleagues have already resigned from Saudi Oger. Even so, they remain stranded in Saudi because they cannot afford the airfare and are yet to receive their end-of-service benefits.

Chaos ensued in the camp as employees started protesting in their camp, according to Camarce. Some protests turned violent, with protesters burning company vehicles and vandalizing office properties. 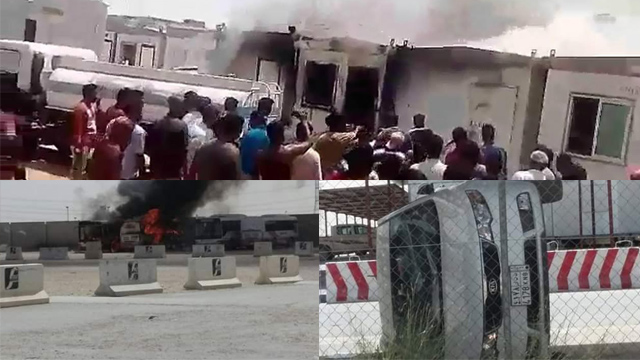 Camarce says he and other Filipinos, despite their frustrations, opted not to join these protests. “Alam ng mga Pinoy na bawal, mas lalo po kaming malalagay sa alanganin,” he said. (Filipinos know that’s not allowed, it will only put us in worse situations.)

According to Camarce, the protesters are mostly employees from other countries such as Senegal and Pakistan.

Receiving no salary for months, Camarce worries about his family back in the Philippines. His wife’s salary as a teacher is not enough to sustain their children’s needs, 3 of whom are already studying.

Thousands of other OFWs in Saudi are facing similar problems.

The Department of Foreign Affairs, in response to the crisis, formed and sent a Rapid Response Team (RRT) to assist OFWs stranded in work camps in Saudi Arabia.

According to a report they submitted last month, at least 11,000 OFWs in several large Saudi contruction and maintenance companies and their sub-contractors were not paid their salaries on time, ranging from 2 to 6 months. Some were also no longer receiving food allowances and were threatened with eviction from their accommodations.

The DFA said the RRT already provided immediate humanitarian assistance to these OFWs, and brought their situation to the attention of the senior officials of the concerned companies, and with the Saudi government authorities.

Labor Secretary Silvestre Bello III, in a radio interview with dzMM, said he ordered the recall of two labor attachès in Saudi Arabia for failing to do their duties.

“We laud the bold move of Labor Secretary Silvestre Bello. The recall of the two Labor Attaches in Saudi Arabia is a good step to resolving the problems of stranded OFWs in Saudi and attaining change in the ill-treatment of migrant workers,” said Garry Martinez, chairperson of Migrante International.

On Thursday, July 21, Bello is also set to fly to Saudi Arabia to check the situation and give aid to the stranded OFWs.

A day before his flight, Migrante International and #SaudiOFWsforChange, a network of returned Saudi OFWs and their families, organized a send-off for the labor secretary, wishing him luck and sharing their issues and problems.

The group raised the following demands:

DFA Secretary Perfecto R. Yasay Jr, also just recently approved the release of funds for the repatriation of 171 OFWs stranded in Dammam, Saudi Arabia and promised to provide them with legal assistance.

Camarce and his colleagues see the labor secretary’s visit as their last hope.

He still doesn’t know what the future holds for him, his family, and his fellow OFWs. But one thing’s for sure: he badly wants to come home. – Rappler.com