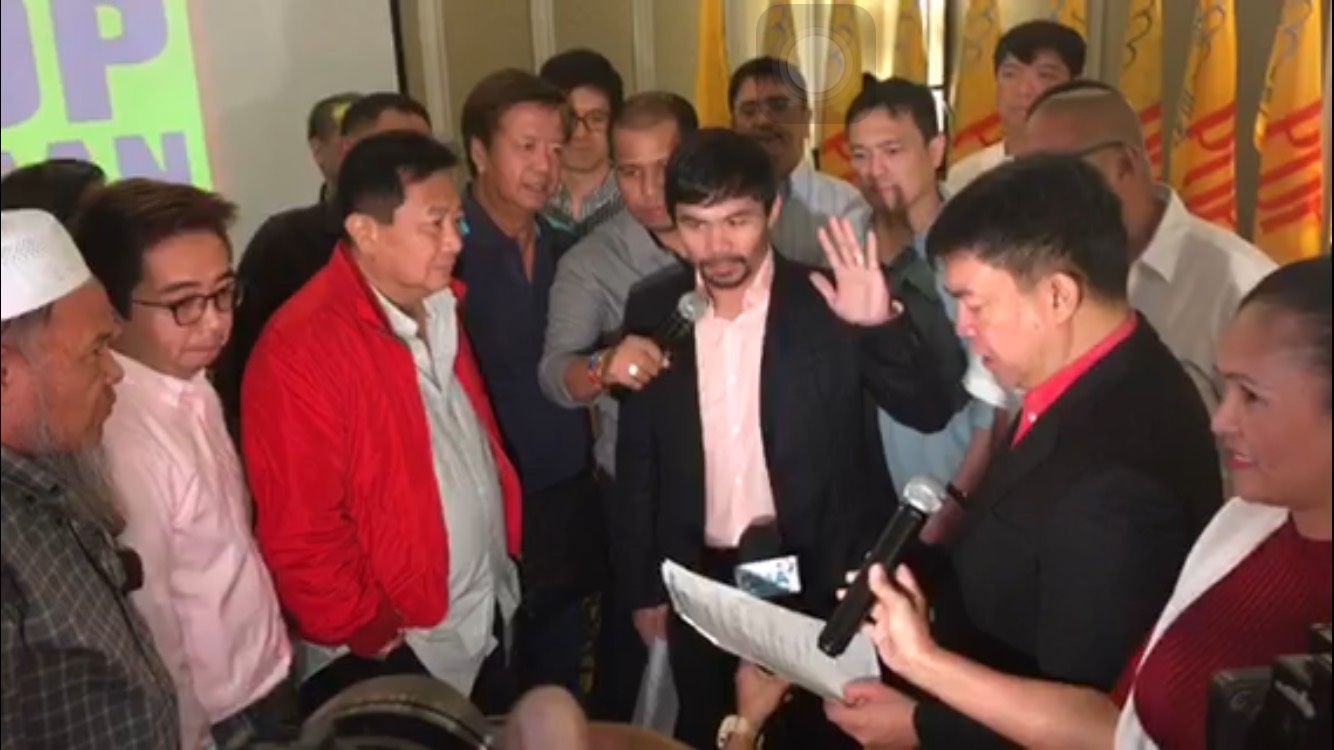 MANILA, Philippines – Newly-elected Senator Manny Pacquiao returned to the fold of the PDP-Laban on Friday, July 22, making him the second party mate of President Rodrigo Duterte in the Senate.

“I was PDP originally. We support the advocacy of the administration,” the world boxing champion said.

In April 2012 Pacquiao was first sworn in as PDP-Laban member. Before that, he was a member of then-President Gloria Macapagal Arroyo’s political party, Kabalikat ng Malayang Pilipino (Kampi) from 2007 to 2009.

He left Arroyo’s party in 2009 to run for congressman in 2010 under the Nacionalista Party, supporting the presidential bid of former Senator Manuel Villar.

After the 2010 elections, he joined President Benigno Aquino III’s Liberal Party (LP) and stayed there until 2012, before moving to PDP-Laban.

In the May 2016 polls, however, he ran under former Vice President Jejomar Binay’s United Nationalist Alliance.

Aside from Pacquiao, other lawmakers who swore allegiance to the administration party are Cavite 3rd District Representative Alex Advincula and Eastern Samar Representative Ben Evardone, former spokesman of LP. – Rappler.com