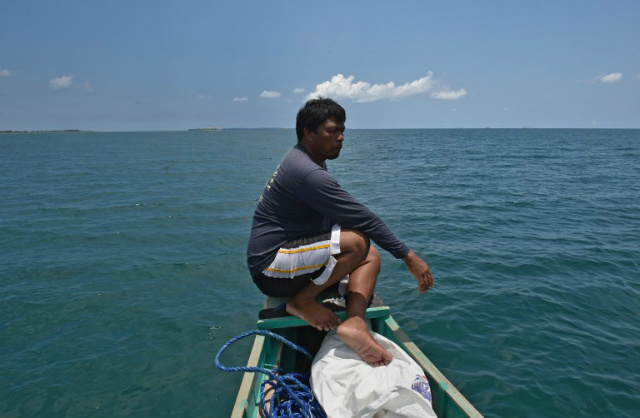 In a forum organized by the independent think tank Trident Defense, Supreme Court Senior Associate Justice Antonio Carpio was asked about his views on China’s blocking of Filipino fishermen in Panatag Shoal despite Manila’s legal victory against Beijing.

Referring to Panatag Shoal, Carpio said, “I think it’s premature to send our fishermen there.”

Carpio pointed out that an arbitral tribunal in The Hague, Netherlands, ruled that Panatag Shoal “is a common fishing ground.”

“So if it’s property for common use, you must have ground rules how to use it. Because if there are no ground rules, there will be problems, you will fight over it,” the SC justice said.

“So I think we have to sit down with China first, establish the ground rules, establish the allowable to catch for each country so there will be no overfishing,” Carpio added.

(Watch the entire forum below)

The Philippines’ co-counsel against China, for his part, said China’s blocking of Filipino fishermen in Panatag Shoal is “clearly a violation of the decision” from The Hague.

US-based lawyer Lawrence Martin told reporters on July 15, “It’s a violation of the rights of the Filipino fishermen to fish in Scarborough Shoal.”

“But it is a clear violation, and again I think what’s important is that the Philippines, together with the rest of the international community, come together and bring political pressure to bear on China to make it realize that it needs to bring itself into conformity with the rule of law,” the American lawyer said. – Rappler.com