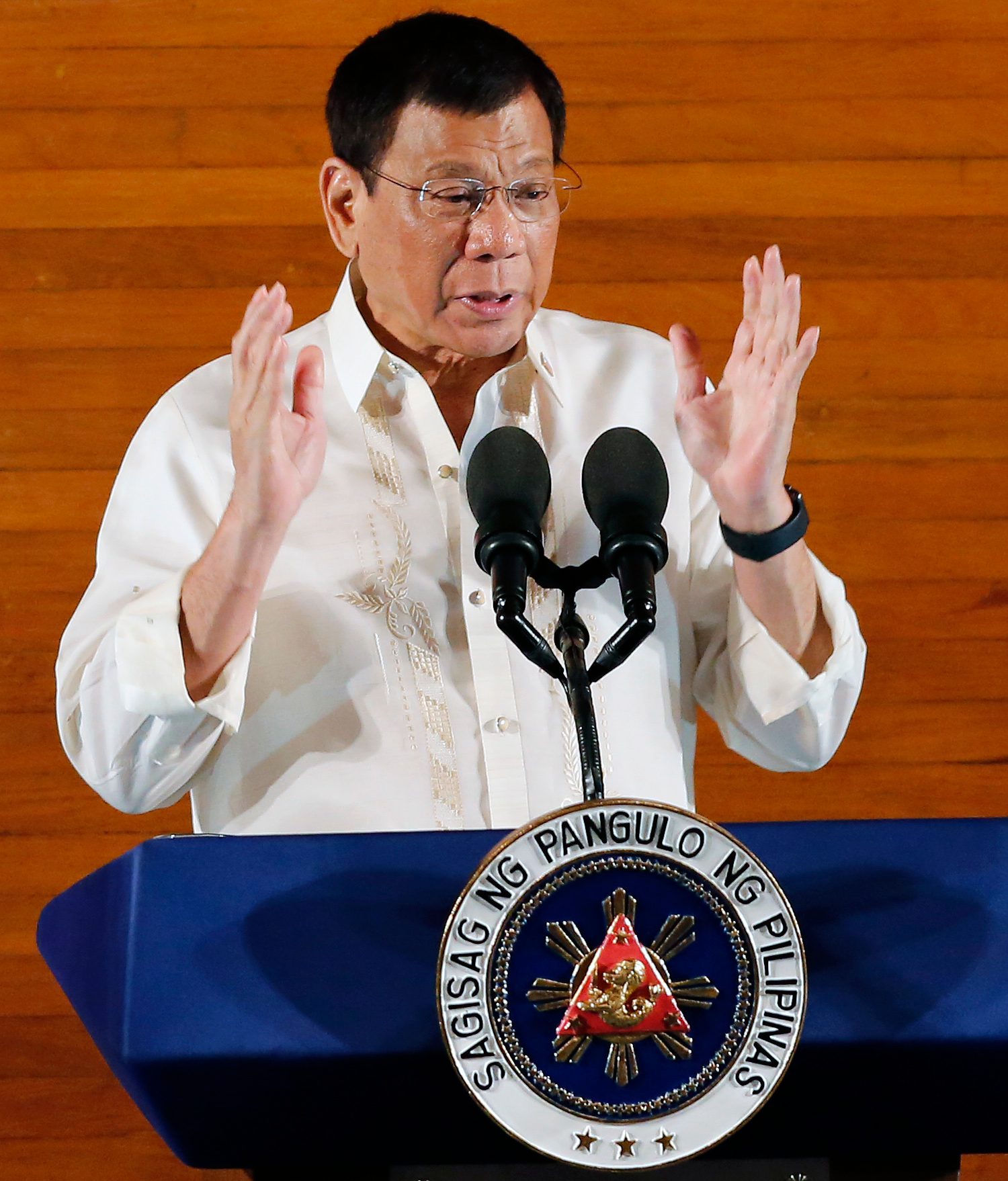 Facebook Twitter Copy URL
Copied
(UPDATED) Some lawmakers have filed bills on tax reform, passport validity, and universal health care even before President Rodrigo Duterte mentions them in his SONA

MANILA, Philippines (UPDATED – Some legislators are pleased that President Rodrigo Duterte expressed his support for bills they had filed during his State of the Nation Address (SONA) on Monday, July 25.

“I think the President is honest and trustworthy, no doubt about that. Kami naman, marami din kaming wishl ist (We have a lot on our wish list). I’m happy that the President is supporting many of our ideas as well, like extending the validity of passports and licenses, tax reform. I’ve filed all of these,” said new Senate Minority Leader Ralph Recto after Duterte’s speech. (FULL TEXT: President Duterte’s 1st State of the Nation Address)

The President said he wants Congress to amend Republic Act Number 8239 or the “Philippine Passport Act of 1996” to extend the validity of passports from 5 to 10 years.

Recto himself has filed a bill seeking to lengthen the Filipino passport’s validity for the same number of years.

Navotas Representative Toby Tiangco is also happy that Duterte vowed to cut income and corporate taxes because it matches his House Bill Number 411.

Tiangco’s proposal aims to exempt those earning P30,000 and below from paying the income tax. The rates for low-income and middle-income earners would also be adjusted.

“So natutuwa ako na may suporta na kaagad ‘yung bill na finile ko,” said Tiangco. (So I’m happy that there is already support for the bill I filed.)

The same goes for Senator Sonny Angara, whose Senate Bill Number 129 would exempt workers earning an annual taxable income of not over P70,000 from paying income tax.

“I expect nothing less from the President. He has already put income tax reform among the top of his 10-point socioeconomic agenda so I’m sure he’ll prioritize tax cuts for our workers in his first SONA. We are looking forward to hearing how he would specifically go about with overhauling the tax system,” said Angara.

Kabayan Representative Harry Roque is also thankful that two of the bills he filed are on the legislative agenda of the President.

One of these is a measure seeking to provide universal health care, which Roque said would guarantee that every Filipino would have access to medical treatment and financial assistance that he or she deserves. (READ: SONA 2016: Duterte urges full implementation of RH law)

“I am the author now of the whistle-blower bill, which Senator Miriam Defensor Santiago asked me to file because she was the original author of the Senate, and this didn’t see the light of day. So two of my bills were mentioned as part of the administration’s legislative agenda. And I’m happy, of course, could actually become law,” said Roque.

In his SONA, Duterte appealed to legislators to finally pass the whistle-blower protection law and to also strengthen the justice department’s witness protection program.

Senator Win Gatchalian said he would support Duterte’s appeal for Congress to grant him emergency powers to address the urban traffic problem.

“Being a former congressman here in Metro Manila, this is very close to our heart, the traffic situation here. And I think what the DOTC (Department of Transportation) people should do is to submit to Senate and Congress their plans. The emergency powers is important…and I think it’s about time now to get together and discuss the long-term strategy,” said Gatchalian.

Senator Win Gatchalian thinks Duterte appealing for Congress to give him emergency powers as most striking part pic.twitter.com/J03WLgLwk4

Duterte spoke for one hour and 40 minutes, making major policy pronouncements on the peace negotiations, the anti-drug war, income tax reform, and transportation, among others.

The panel of analysts invited by Rappler, however, thought that the President lost focus with his off-tangent comments in his SONA. – Rappler.com