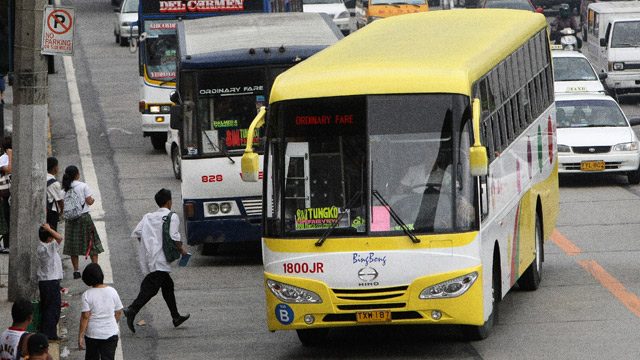 The National Confederation of Transport Workers and other transport groups had filed a petition seeking to declare these orders unconstitutional for violating the equal protection clause and due process.

But the CA denied the petition, saying the government’s police power to regulate public utility vehicles in the interest of public safety was valid.

“This court recognizes the aim of the transport officials concerned to establish a modern transport system intended to make the public more safe and secure while commuting,” it said.

“The reason is obvious: life is irreplaceable, property is not. When the State’s exercise of police power clashes with a few individuals’ right to property, the former should prevail,” it added.

Citing the number of vehicular accidents, the court also said: “While we truly commiserate with the plight of the petitioners who are affected by the assailed issuances, we cannot legally bar respondents DOTC and LTFRB from exercising their mandate of crafting and achieving the effective implementation of a comprehensive and rationalized national land transport plan.”

The CA said that buses and jeepneys do not fall under the same category.