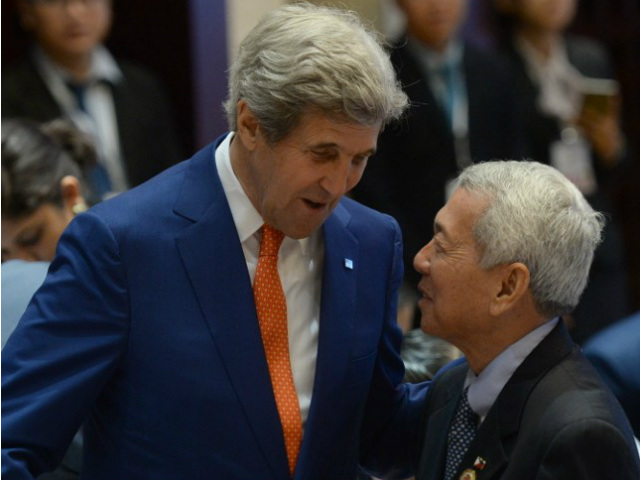 Kerry is set to arrive in the Philippines on Tuesday for a two-day trip that includes a meeting with Duterte.

“Kerry should make clear to President Duterte that the Philippines’ government and security forces must respect universal rights and freedoms and constitutional guarantees of due legal process in enforcing the country’s laws, including those governing illegal drugs,” Kine said.

The HRW official added: “Kerry should also encourage President Duterte to launch an immediate probe into the sharp increase in killings by police of suspected drug dealers and drug users and to curb official rhetoric which suggests an implicit, if not explicit, official support for extrajudicial killings as an approach to crime control.”

This comes as Philippine police report killing more than 200 drug suspects, or an average of 11 per day, since Duterte assumed office. They insist they have only killed people in self-defense.

Media tallies put the death toll far higher, taking into account the many bullet-riddled or stabbed corpses found on streets across the nation.

Catholic leaders, such as Manila Auxiliary Bishop Broderick Pabillo, have voiced concern over these killings.

During his first State of the Nation Address (SONA), however, Duterte defended the killings of suspected drug pushers who resist arrest.

Duterte earlier said he will protect policemen who kill suspected drug pushers in legitimate police operations. The President, on the other hand, previously said there is “no honor” in extrajudicial kilings.