Jul 26, 2016 8:30 PM PHT
Bea Cupin
Facebook Twitter Copy URL
Copied
'There will be no let up in this campaign. Double your efforts. Triple them, if need be,' the President tells police, barangay captains, and local chief executives 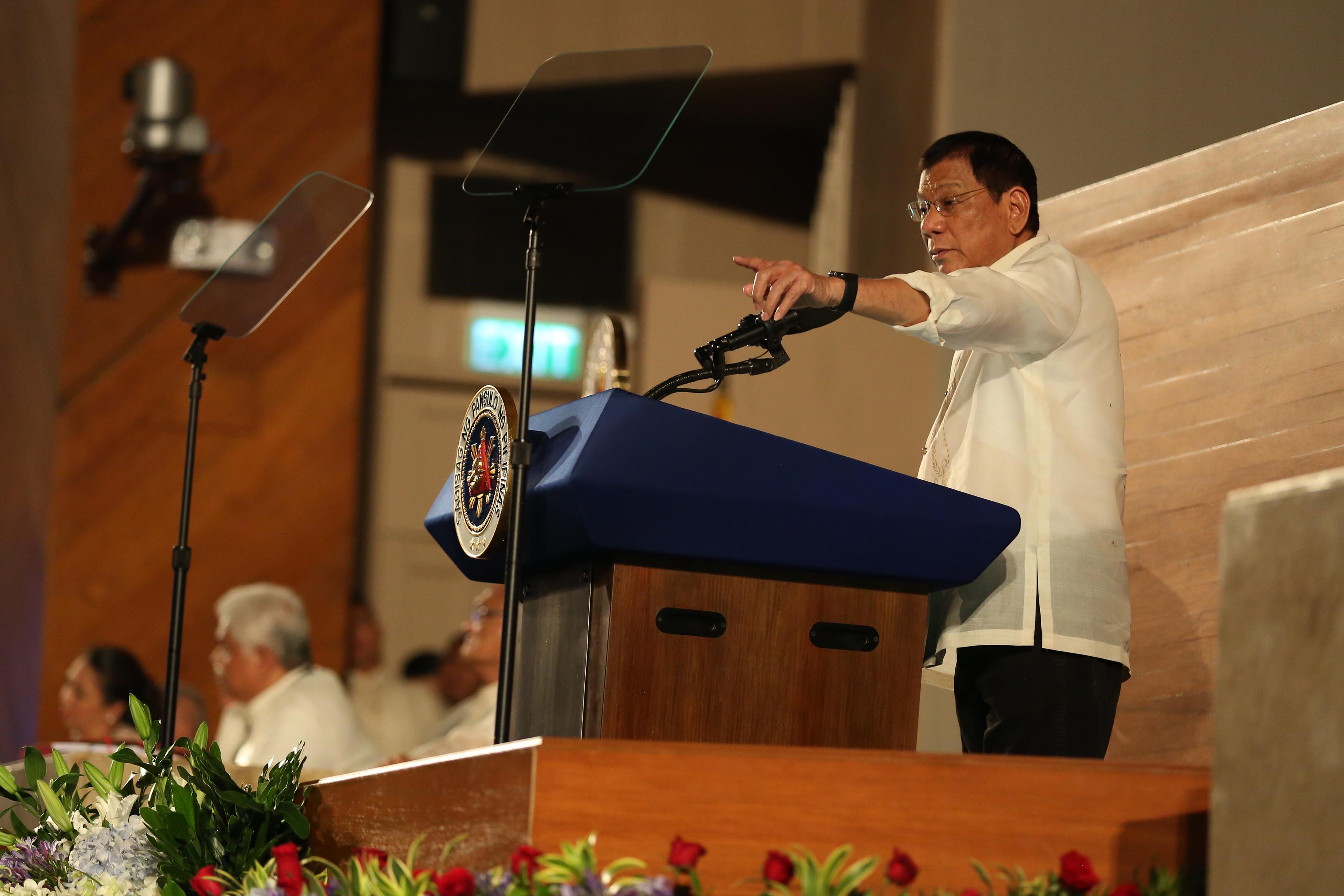 MANILA, Philippines – Barely a month into his term as president, Rodrigo Duterte on July 25, Monday, reminded law enforcers and the public at large that the “fight against criminality and illegal drugs and corruption will be relentless and sustained.”

“During my inauguration…I said that the fight against criminality and illegal drugs and corruption will be relentless and sustained. I reiterate that commitment today,” Duterte said in his first State of the Nation Address (SONA).

So far, the campaign has had its dramatic twists, coupled with numbers that have inspired both applause and concern from different camps.

The Philippine National Police (PNP) has so far killed close to 300 and arrested over 3,700 drug suspects in operations around the country. More than 129,000 drug users and pushers, meanwhile, have surrendered as a result of the PNP’s “Oplan Tokhang.”

In a speech before the Air Force, Duterte dropped a bombshell when he named 5 retired and current police generals with alleged ties to the illegal drugs trade.

No charges have been filed against the 5, but different agencies with jurisdiction over them have launched their respective investigations.

Days later, Duterte would name 3 alleged drug lords – one already serving time in prison – that supposedly lord over the drug trade in the Philippines. The President is also expected to reveal names of local chief executives who themselves are supposed drug lords.

“I call on the Philippine National Police, the barangay chairmen, the mayors, and governors and all those occupying seats of power and authority, not to lower their guard. There will be no let up in this campaign. Double your efforts. Triple them, if need be. We will not stop until the last drug lord, the last financier, and the last pusher have surrendered or put behind bars…or below the ground, if they so wish,” added Duterte, to the applause of a gallery comprised mostly of legislators.

How does the new president plan to intensify and improve its campaign against illegal drugs, crime and corruption? Here are some of his marching orders, based on the 2016 SONA:

“Hasten the conduct of investigation and adjudication of administrative cases against police officers involved in criminal activities and illegal activities and prescribe policies on lifestyle checks for PNP members.”

But the hiccup, in most cases, is the process of investigating, charging, trying and eventually, deciding on these personnel. PNP chief Director General Ronald dela Rosa has resorted to shuffling personnel pending formal investigation.

“[It’s] difficult because it’s 160,000-strong policemen. Gusto mo ‘yung 160,000 talaga is completely clean…na walang bahid ng kalokohan at kasindikatuhan (You want all 160,000 to be completely clean, with no traces of wrongdoing or involvement in syndicates),” Dela Rosa told Rappler in a recent interview. 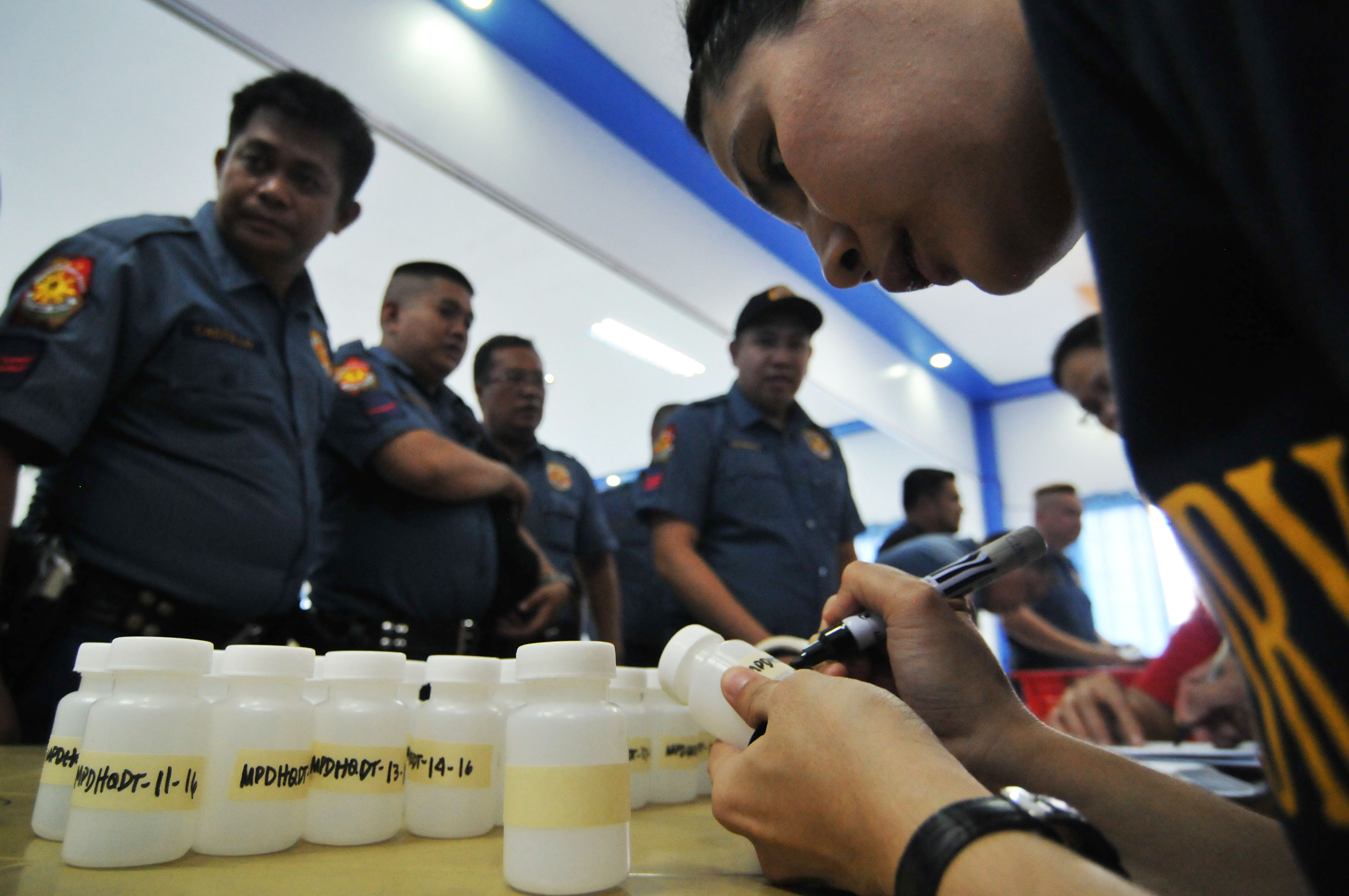 Some cops from Metro Manila have been moved to Mindanao while those from Mindanao suspected of having illegal activities have been shipped off to parts of Luzon.

But Dela Rosa acknowledges that it’s a move with short-term benefits.

A lifestyle check on the police force, meanwhile, is an old promise.

During the last administration, then interior secretary Manuel Roxas II announced a PNP-wide lifestyle check in the aftermath of sensational crimes involving policemen.

Duterte’s Interior Secretary, Mike Sueno earlier announced plans for a lifestyle check in the PNP but he has yet to detail plans for this.

Dela Rosa earlier said that given the size of the police force, the lifestyle check will likely begin with police officers with suspected ties to illegal activities.

“The DILG is also directed to strictly monitor how LGUs perform their supervision functions of the police and those found not performing will be sanctioned including the loss of police deputation from the NAPOLCOM.”

In provinces, towns, and cities, it’s the local chief executive – the governor or the mayor – who has operational supervision and control over local police units.

Dela Rosa, speaking to media before the SONA, said the lackluster performance of some police units were due to the lack of support or downright refusal of local chief executives to join the government’s campaign against illegal drugs, crime, and corruption.

But then again, Duterte said in the past that local chief executives – mayors in particular – were involved in drugs themselves. He has yet to reveal the identities of these mayors, however.

“We will create an Inter-Agency Committee on Illegal Drugs that will integrate efforts and strengthen the partnership of all stakeholders.”

While the increasing death toll in the campaign against illegal drugs might not be surprising, the sheer number of “surrenderees” has been surprising, Dela Rosa admitted in a recent interview with Rappler.

Most provinces, towns or cities simply do not have the resources to handle the influx of drug users and pushers who have since vowed to change their ways. 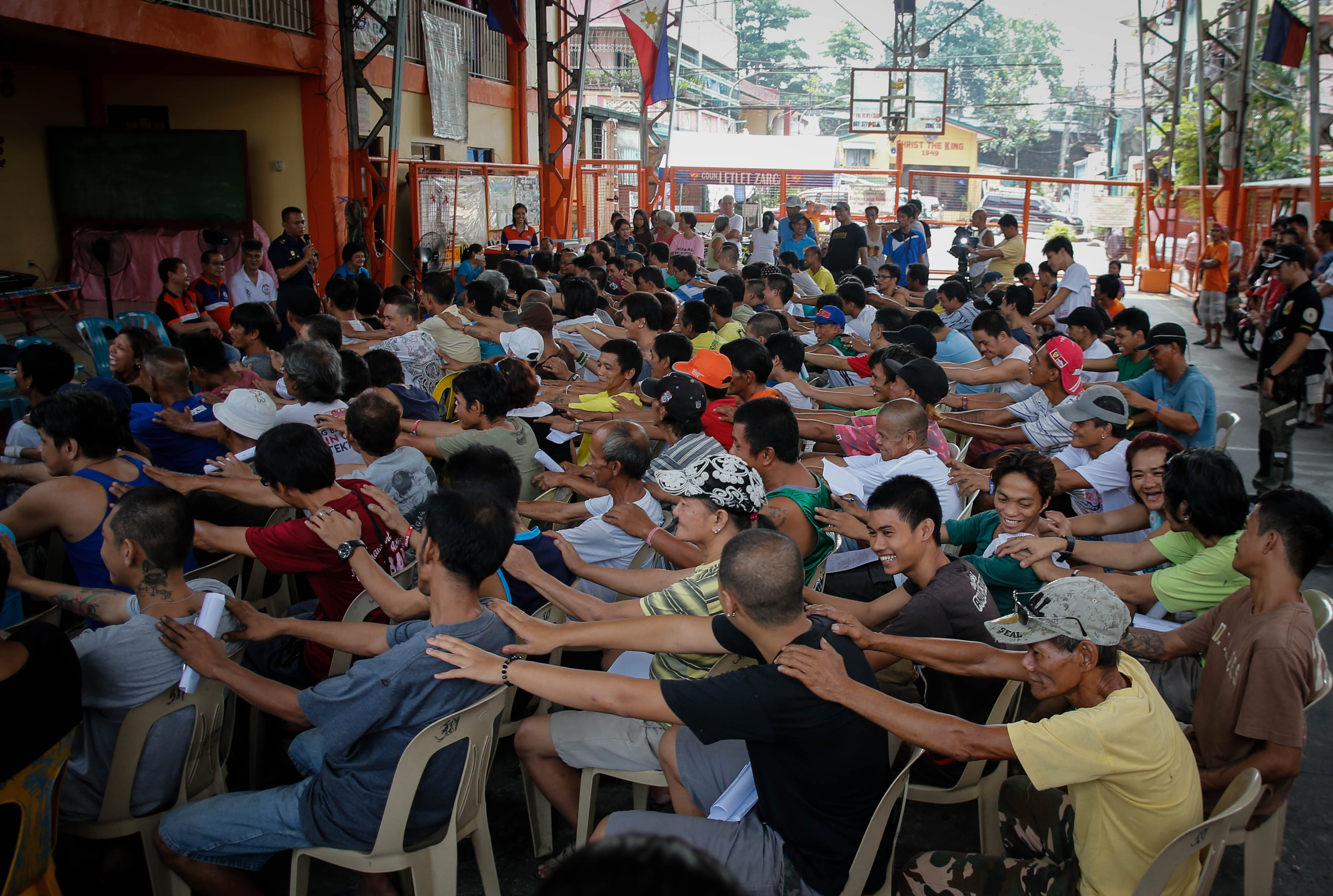 Part of the Inter-Agency Committee’s tasks, said Duterte, would be to push for an “information campaign against drug use and the dissemination of information regarding drug rehabilitation programs being offered by the government.”

The President said “reservists” would be mobilized for this.

Rehabilitation, said Duterte, will be prioritized. “We will increase the number of residential treatment and rehabilitation facilities in all regions of the country,” said the President, adding that military camps would be used for this purpose.

For the time being, Dela Rosa has advised barangay (village) leaders to take charge of monitoring and accounting for their constituents who have surrendered and cannot be accommodated by rehabilitation facilities. – Rappler.com