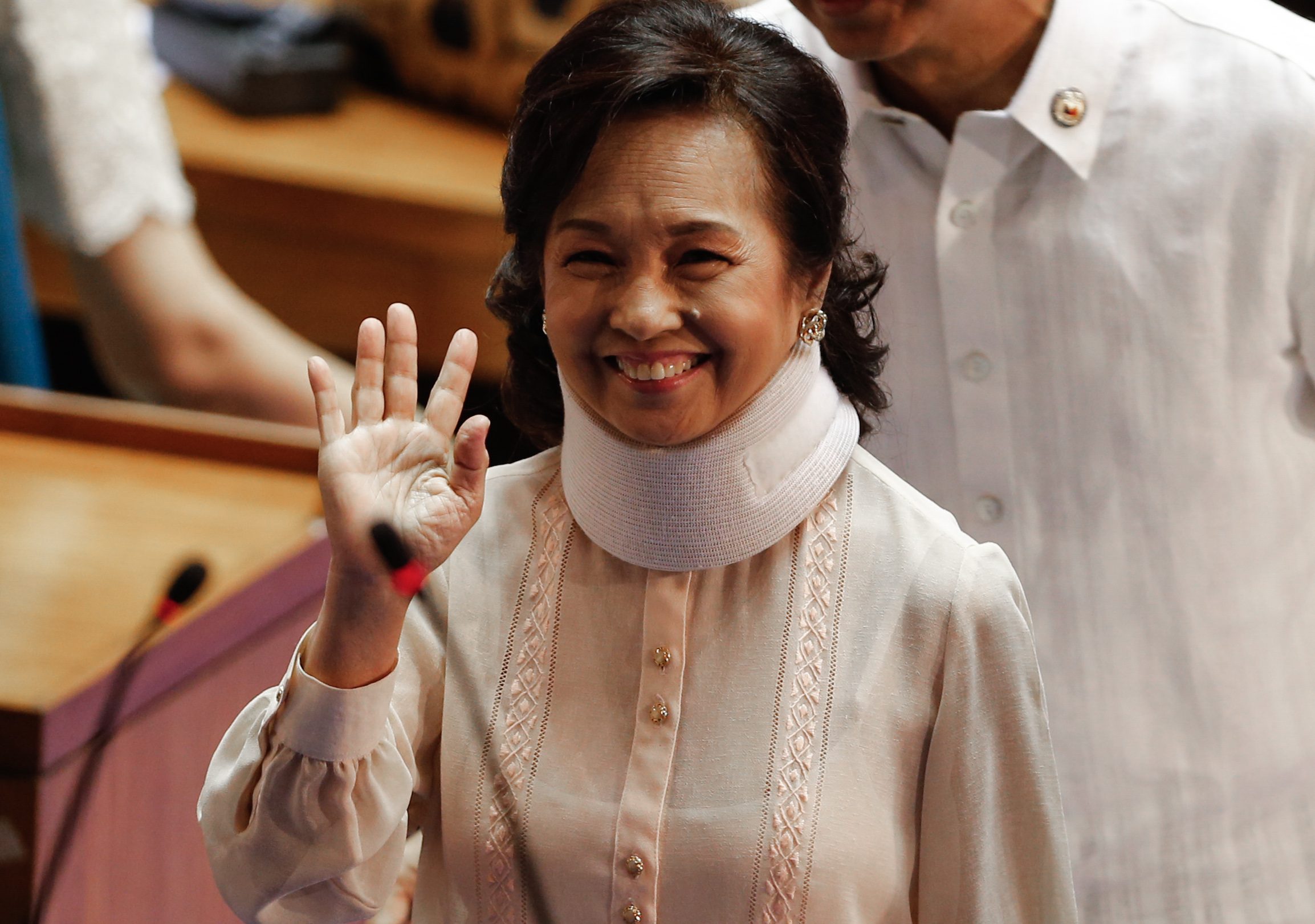 Facebook Twitter Copy URL
Copied
The ex-rebel’s firearms need to be turned over to authorities within 30 days upon the filing of his or her amnesty, according to the Pampanga congresswoman's bill

Under Arroyo’s House Bill (HB) Number 490, amnesty would be given to members of the Communist Party of the Philippines (CPP), the New People’s Army (NPA), the National Democratic Front (NDF), and others who committed rebellion.

The bill also covers those who committed “all other crimes included therein or incident thereto in pursuit of political beliefs as defined by jurisprudence, or where the individual or group was accused because of political conflict.”

The amnesty, however, would not cover crimes against chastity, rape, torture, kidnapping for ransom, use and trafficking of illegal drugs, and violations against international law, convention, or protocols.

“There is an urgent need and expressed desire to extend amnesty to members of the CPP-NPA-NDF and other individuals and groups involved in past political conflict as an instrument of reconciliation, and as a path for their return to a peaceful, democratic, and pluralistic society,” Arroyo said in her explanatory note. (READ: Duterte to release political prisoners to ‘build confidence’ for peace talks)

Under the bill, the National Committee on Social Integration would be mandated to issue a Certificate of Amnesty to qualified communist rebel applicants.

Should HB Number 490 be passed into law, criminal liability would be extinguished and the applicant’s civil and political rights would be restored.

A person who applies for amnesty would also be issued a Safe Conduct Pass, which shall provide him or her immunity from warrantless arrests.

The ex-rebel’s firearms, however, need to be turned over to authorities within 30 days upon the filing of his or her amnesty. Illegal possession of firearms may be a ground for denial or revocation of the amnesty.

“Accepting rebels back into the folds of the law through amnesty, and eventually providing them access to the government’s existing socio-economic services, are essential in attaining peace and reconciliation in the country,” said Arroyo.

She added that an amnesty program is an “integral” component under the administration of President Rodrigo Duterte.

In his first State of the Nation Address on Monday, July 25, Duterte declared a unilateral ceasefire with the NPA “effective immediately,” a move welcomed by CPP founder Jose Ma Sison.

On July 18, Duterte “approved in its entirety” the peace road map proposed by peace adviser Jesus Dureza. The 17th Congress needs to pass a law to enable the road map. – Rappler.com