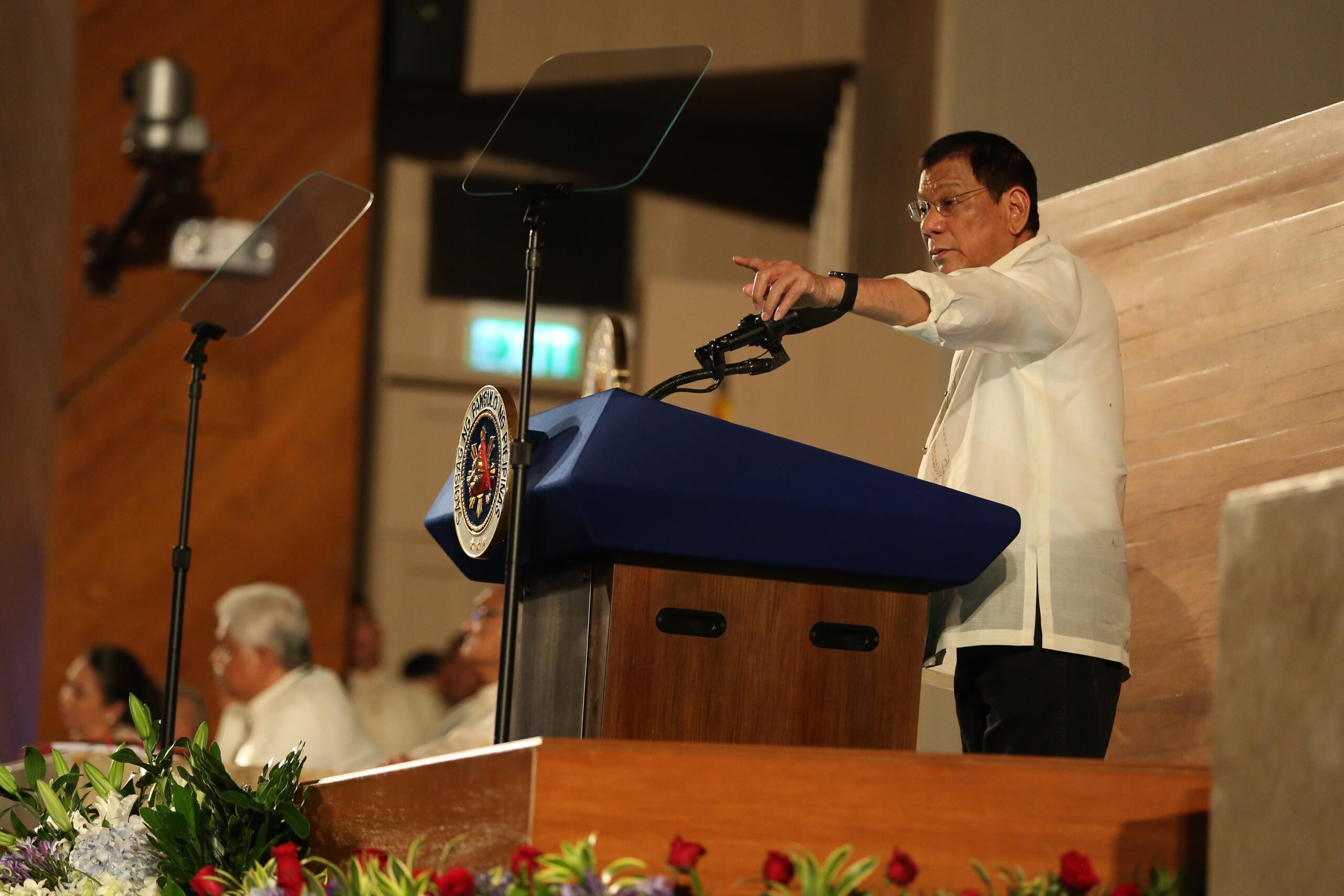 MANILA, Philippines (UPDATED) – President Rodrigo Duterte has demanded an explanation from the Communist Party of the Philippines (CPP) on the attack of its armed wing on government militias in Davao del Norte, even after he had announced a unilateral ceasefire with the New People’s Army (NPA).

“Are we in this truce or are we not? Give me an answer by tonight because ‘pag tomorrow wala tatanggalin ko [ang ceasefire] (if tomorrow, there’s still none I’ll end the ceasefire),” Duterte said in an address to soldiers in Camp Nakar in Lucena City, Quezon, on Thursday, July 28.

Duterte was angered by the ambush of the New People’s Army (NPA) on government militias in Kapalong, Davao del Norte, on Wednesday, July 27, just two days after he made the unilateral ceasefire declaration in his first State of the Nation Address (SONA). One government militia was killed and several others were hurt in that attack.

CPP founder Joma Sison had said that his side would reciprocate the declaration soon, but no announcement has been made, to date. A day before Duterte’s ceasefire declaration, NPA members abducted 4 off-duty Philippine National Police personnel in Surigao del Norte.

Following Duterte’s orders, the military suspended all offensive operations against communist rebels the day after the SONA.

The Wednesday ambush, said Duterte, has given him reason to doubt the other side’s commitment to the peace negotiations.

“If you do not honor and you kill a single soldier or CAFGU which is also a soldier of the Republic, sabi ko kalimutan ko na lang ito. Fight na lang (I said, let’s just forget about this. Let’s just fight),” said Duterte.

The President said he wants the CPP to give him an explanation by Thursday night or else, he would scrap the ceasefire. He also demands that the NPA rebels responsible for the ambush be punished by the CPP leadership.

“I am demanding an explanation from the Communist Party of the Philippines. Just like us, kung nagkasala kami dito we punish our men and women sa serbisyo. Expect the same and I demand an answer na kung sino ‘yung nagkasala they must be also brought under disciplinary action otherwise wala tayong pinag-usapan,” he said.

(Just like us, we punish our men and women in the service. Expect the same and I demand an answer, and whoever is at fault must also be brought under disciplinary action, otherwise, we don’t have anything to talk about.)

“It is disheartening that the NPA failed to respect the unilateral ceasefire declared by President Duterte last Monday during the SONA,” Secretary Silvestre Bello III, GPH Panel chair, said in a statement Thursday.

The GPH said Bello “confronted” National Democratic Front (NDF) Panel member Fidel Agcaoili, who told him the NPA has been on an “active defense mode” since July 26, as announced by Ka Oris.

The statement from the GPH also said that Agcaoili told Bello that they will look into the matter, and that the government side will wait the NDF’s response. At the same time, Agcaoili said the communists are “committed” to resume the peace talks, based on the June 15 joint statement in Oslo.

Bello added that it is best that the unilateral ceasefire is “reciprocated unconditionally” by the NDF “to build trust and confidence on the peace process.”

The NPA ambush threatens to derail peace talks between the Philippine government and the National Democratic Front, set to resume on August 20 in Oslo, Norway.