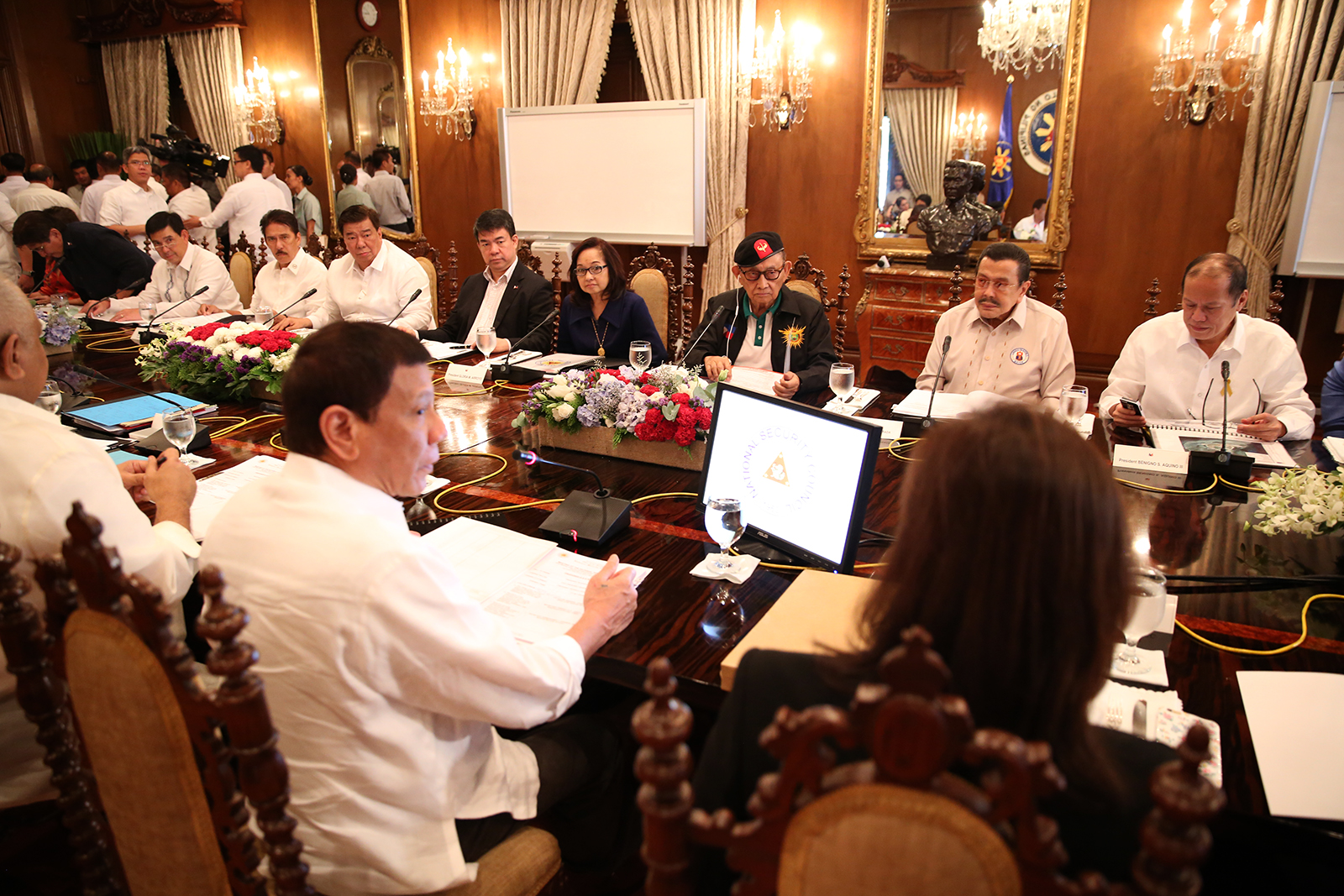 MANILA, Philippines – President Rodrigo Duterte expressed his gratitude to his predecessor Benigno Aquino III for securing the Philippines’ victory in its case against China over the West Philippine Sea (South China Sea).

“Si President Aquino, he won for us the case kaya ako nagsabi, ‘Maraming salamat po for giving us the ace card.’ It was he who filed, it was upon his instructions,” said Duterte as he spoke in front of soldiers on Thursday, July 28, in Camp Nakar in Lucena City, Quezon.

(President Aquino, he won for us the case, so I said, ‘Thank you for giving us the ace card.’ It was he who filed, it was upon his instructions.)

Aquino and 3 other former Philippine presidents attended the NSC meeting, which tackled the maritime dispute between Manila and Beijing, among other national security issues.

Aquino will go down in history as the Philippine president who took China to court and won the case.

The 4 former presidents, automatically members of the NSC, were consulted by Duterte on his administration’s next steps in the West Philippine Sea dispute.

The President said he would let Ramos “navigate” the way to the talks.

“Hayaan muna natin sila. Let Ramos navigate and maybe, when the final talks are there, tapos nagkaharap na kami, that will be the time na magkaprankahan na tayo,” he said.

(Let’s let them be for now. Let Ramos navigate and maybe, when the final talks are there and we are face-to-face with China, that will be the time to be frank with each other.)

Once the Duterte adminstration is able to secure talks with China, that’s when Duterte will put his cards on the table.

“This is our position, this is what we want, we will not go out of it. So we will talk. So what is your position?” said the President.

The world awaits how Duterte will use the Hague ruling, which affirmed the Philippines’ claim over the West Philippine Sea, in negotiations with China. The ruling nullified the Asian giant’s so-called 9-dash line and condemned its reclamation activities there.

But China refuses to acknowledge the ruling and said it will reject bilateral talks based on the ruling. (READ: How to enforce Hague ruling? PH lead counsel explains) – Rappler.com