Burden on CPP to restore trust in peace talks – Palace 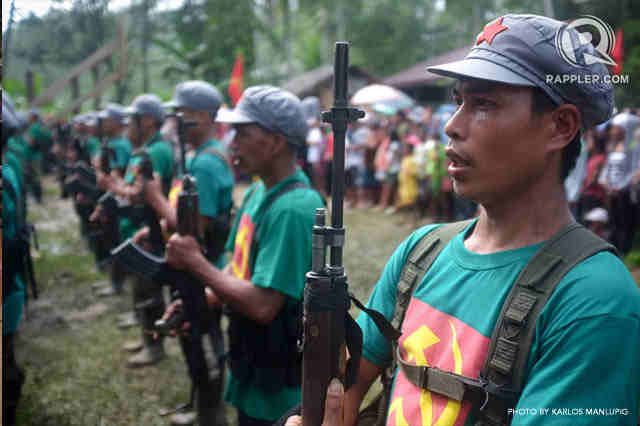 MANILA, Philippines – It is now up to the Communist Party of the Philippines (CPP) to restore trust in the peace negotiations, after the New People’s Army ambushed government militia even after President Rodrigo Duterte himself announced a unilateral ceasefire with the rebels.

“The onus remains on their side, so whatever trust there is must be firmed up from their side,” Presidential Spokesman Ernesto Abella said in a news briefing on Friday, July 29.

Malacañang made the statement a day after Duterte demanded an explanation from the CPP on the NPA attack that killed one government militia and wounded 4 others in Davao del Norte. The President had given them until that night to explain and assure him those responsible would be punished.

If not, he warned, he would end the ceasefire.

Since then, National Democratic Front (NDF) spokesman Fidel Agcaoili assured  that the CPP would look into the matter but said it would take more than a few hours to complete its own probe into the matter.

Abella does not know if Duterte and CPP leaders have talked since he issued the warning in a speech to soldiers in Camp Nakar in Lucena, Quezon.

As of publishing, Duterte is in Davao City, according to Malacañang staff. The President has not yet officially announce an end to the ceasefire.

Abella does not know if Duterte has set a new deadline for the CPP but said, “There is a very brief window of opportunity.”

Asked if given the situation, the Duterte administration would still release detainees involved in the peace negotiations, Abella said trust must first be restored between the two parties.

“As soon as the trust is restored, then things will proceed as agreed upon,” said the Spokesman.

The government and the NDF have agreed to resume peace talks on August 20 in Oslo, Norway.

CPP founder Joma Sison had given assurances that the organization would respond to the ceasefire once they receive the full text of the ceasefire declaration. – Rappler.com