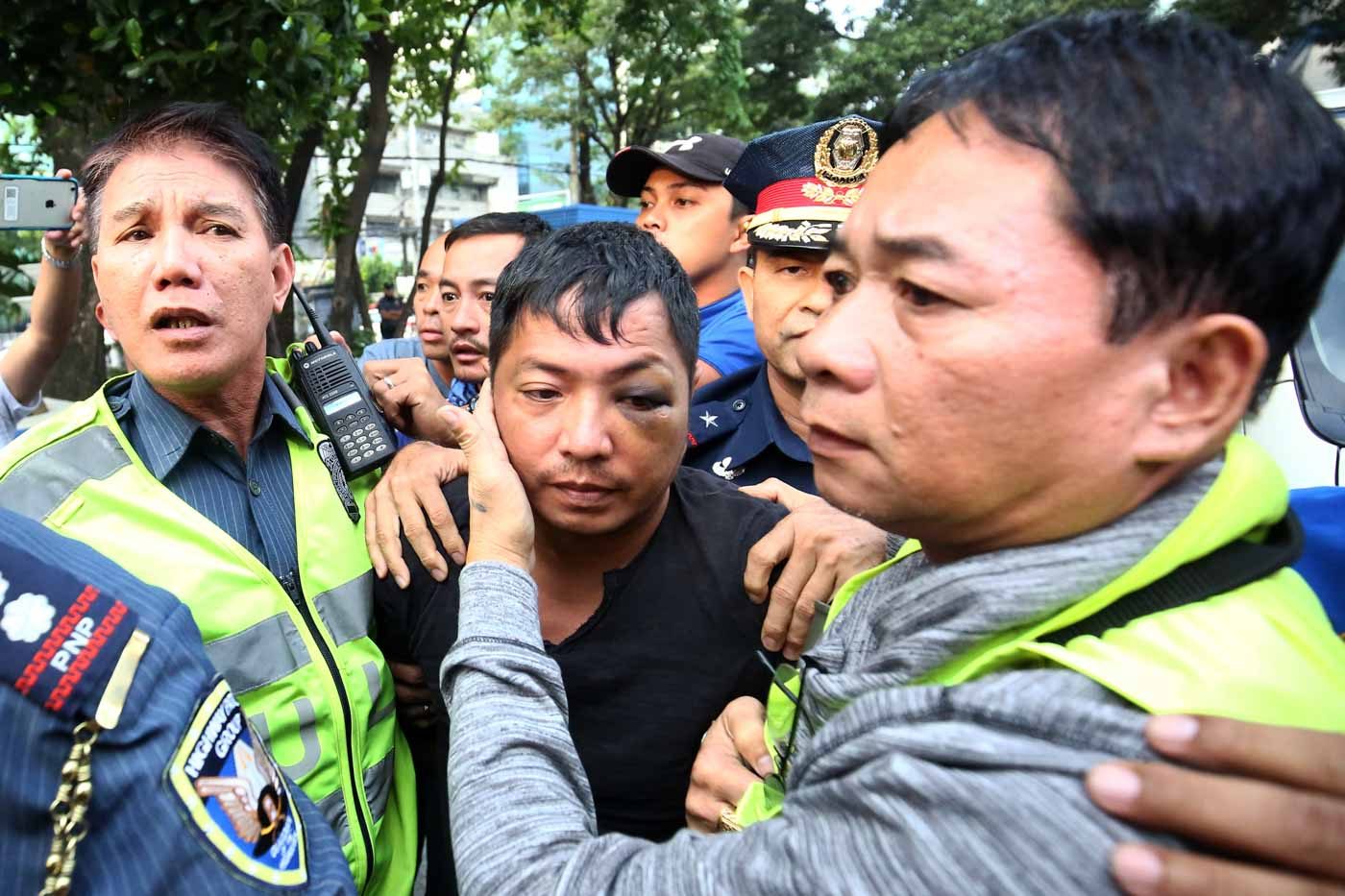 Tanto has been in the hands of the Manila police since 7 am Saturday. Tanto was arrested in Barangay Poblacion East, Milagros, Masbate, at around 11:40 am on Friday, July 29.

He is the primary suspect in the death of bicycle rider Mark Vincent Garalde, following a heated argument in Quiapo, Manila, on Monday, July 25. The incident was caught on closed circuit television (CCTV) camera in the area.

Dela Rosa emphasized the importance of responsible gun ownership and road courtesy. “Kung meron silang road courtesy, silang dalawa, hindi sana sila nag-away.” (If they had road courtesy, the two of them, they wouldn’t have fought.)

Dela Rosa said guns should be used for self-defense, not for offense. They are “the last resort of self-defense.” The license for 3 firearms issued to Tanto was ordered revoked by Dela Rosa. The PNP chief also stressed the importance of installing CCTVs in communities, saying that without them, authorities are “clueless”.

Reward money offered likewise facilitated the arrest of the suspect. Manila Mayor Joseph Estrada earlier announced a P100,000-reward to speed up the arrest of Tanto.

Tanto used a .45 pistol in the fatal shooting of Garalde. The firearm was recovered in the area where he abandoned his car.

The suspect had been in the custody of the regional police headquarters before he was brought to the Manila police on Saturday. The victim’s counsel, Public Attorney’s Office chief Persida Acosta, told reporters at the wake of Garalde on Friday that murder charges will be filed against Tanto.

After inquest proceedings, Tanto will be brought to the Department of Justice. He will stay at the Manila Police District until a court issues an order for his transfer to city jail. – Paterno Esmaquel II/Rappler.com