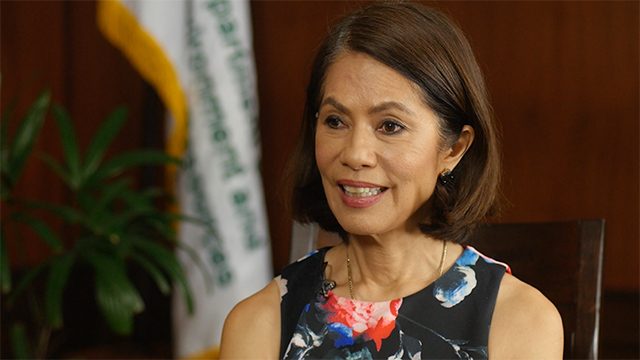 MANILA, Philippines – Gina Lopez, the crusader and activist, is now at the helm of the Department of Environment and Natural Resources.

The former chairperson of ABS-CBN Lingkod Kapamilya Foundation, Lopez also led the reforestation of the La Mesa Watershed and the rehabilitation of Pasig River.

In an interview with Rappler CEO Maria Ressa, she answers questions on her transition from private to public leader and the nervous jitters of mining executives over her presence at the DENR.

Lopez calls open-pit mining ‘immoral’. The DENR has already suspended the operations of 6 mining companies in Zambales and Palawan, and its ongoing audit is expected to end by mid-August. – Rappler.com