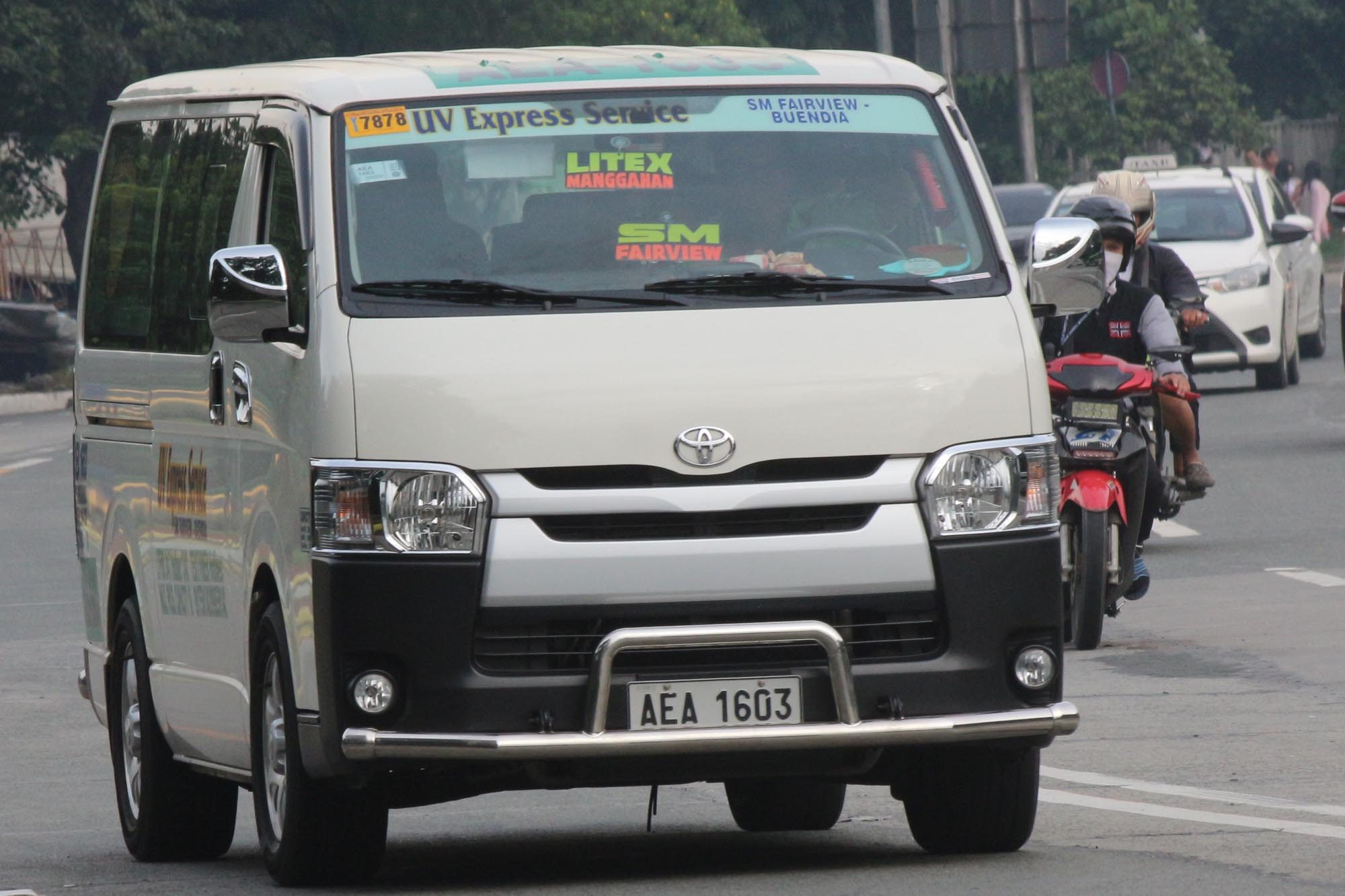 MANILA, Philippines – The Land Transportation Franchising and Regulatory Board (LTFRB) on Monday, August 1, defended its new policy banning UV Express shuttles from traversing EDSA in a bid to ease traffic congestion in the metro.

LTFRB chairman Martin Delgra III said UV Express shuttles have not been given franchises to use the major thoroughfare in their point-to-point route.

“We have checked, and there is really no franchise that was issued to UV operators to ply the route along EDSA. That is what is in our record. And therefore if you see UV Express [shuttles] on EDSA, they are out of line,” Delgra said in a press conference.

On Saturday, the LTFRB’s Memorandum Circular No. 2016-009 took effect, which amended a previous circular stating the route limitations of UV Express shuttles.

Based on the new memorandum, UV Express vans may traverse the shortest or most convenient routes to get to their destinations, “provided, however, that UV Express services are not allowed to traverse EDSA, except when crossing the same.”

The new policy, however, drew flak from some commuters, who expressed their frustration on social media over their difficulty getting rides on UV Express vans because of the new policy.

Responding to these concerns, Delgra said, “They probably have gotten used to it because of that practice but apparently it’s not part of the franchise. It may have raised false expectations.”

The LTFRB chief also said that the agency is now working on route rationalization studies in response to some groups’ demands for the opening of new routes or increasing capacity along certain routes.

For its part, the Coalition of Operator and Drivers of UV Express ATBP (CODEX) appealed to the LTFRB to rescind its new policy, pointing out that thousands of UV Express drivers and passengers will be affected.

CODEX President Rosalino Marable said the LTFRB enacted the order without any prior consultation with affected sectors.

He also said that compared to buses, jeepneys, and private vehicles, less than 2,000 UV Express shuttles use EDSA, adding that the vehicles do not even use the entire stretch of the thoroughfare, “only a little portion of it to reach the terminal.”

“UV Express has become the vehicle of choice of young professionals because it is airconditioned, fast and safe to the envy of other transport groups. We are being patronized by young professionals and skilled workers because we can bring them to their place of work on time or earlier,” Marable said.

He added, “The proposed alternative route is very circuitous and will take a longer time to reach its destination. Thus, UV Express will become UV Bagal (slow) instead of being an express.”

One of the most affected routes, he said, will be the route from Commonwealth in Quezon City going to Makati City.

Marable said they hope to discuss the issue with the LTFRB to address their concerns. – Rappler.com