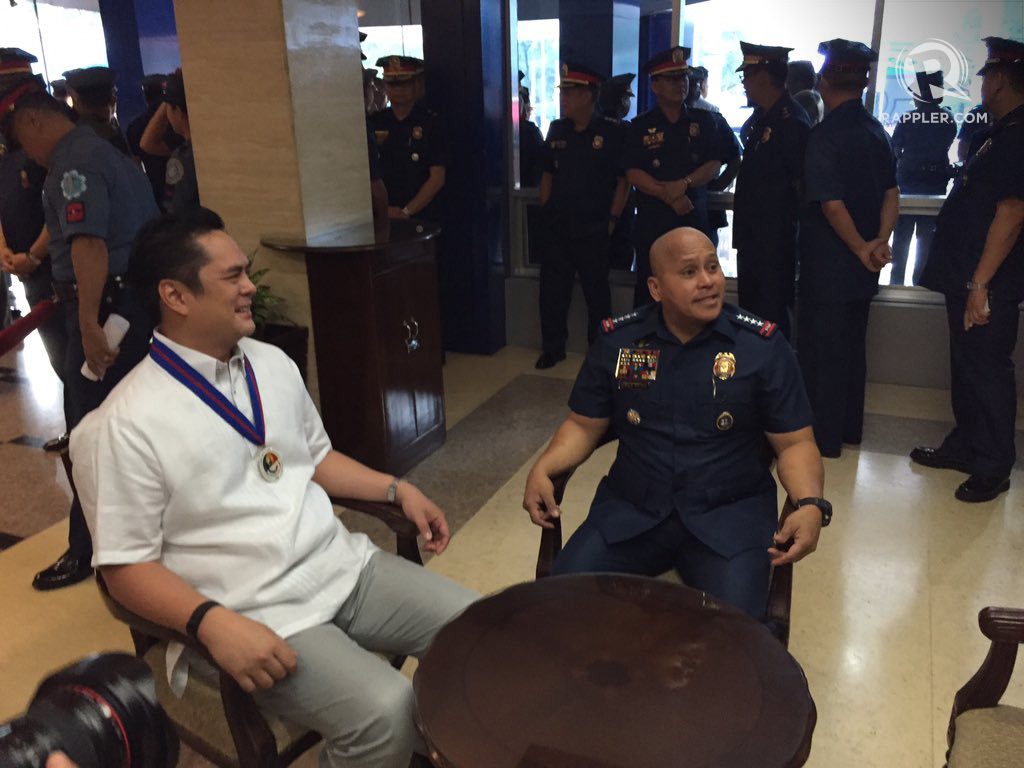 Facebook Twitter Copy URL
Copied
The 911 hotline, activated on the first day of August, can directly connect only to police units. Will it soon be expanded?

On Monday, August 1, Philippine National Police (PNP) chief Director General Ronald dela Rosa hailed the activation of the 911 hotline, while admitting that it is so far limited only to police concerns.

In the first 7 hours of its implementation, the hotline handled over 2,475 calls of which only 75 were “legitimate.” The rest – which included 1,119 dropped calls and 304 prank calls – were not.

But unlike in Davao City, where the 911 hotline connects callers to police, fire, medical, and other emergency units, the nationwide version, which is handled by a 45-station strong call center, can directly connect only to police units.

It’s up to police units on the ground, said Dela Rosa, to reach other emergency units concerned.

Concerns of callers are coursed through the different hierarchies of the PNP – from the National Operations Center (NOC) to the Regional Office, down to the Provincial Police Office, until it finally reaches the municipal or city units.

Still, Dela Rosa insisted police have “no excuse” should they respond late to 911 calls. “100% communication-equipped ‘yung ating kapulisan (our police). ‘Yung ating (Our) communication system is up to the last responder kumpleto (complete),” he added.

Speaking during the same press conference, Communications Secretary Martin Andanar said the Office of the Executive Secretary is “already drafting the Executive Order,” which, among other things, will mandate that calls be free.

The practice of charging customers for emergency calls, Andanar explained, is “based on the good practices of the United States” to discourage prank callers. But local telecommunications companies such as PLDT and Globe, he said, have the infrastructure in place to monitor and eventually sanction prank callers.

“It is part of the civic responsibility of every Filipino to act responsibly and to help each other, and as JFK said, it is not what your country can do for you but what you can do for your country. So we also expect the citizenry to be cooperative to the government,” he said.

Another key component for a nationwide emergency hotline? The cooperation and involvement of local government units (LGUs). As of writing, only a handful of Metro Manila cities and Davao City have existing hotlines in place for emergencies.

(The solution is that this shouldn’t be limited to just one agency. It should be a comprehensive and structural solution. Meaning, it’s not just the national police. The long-term plan is to involve local government units.)

But LGU involvement is not something the executive can impose on, because of their autonomy as specified in the Local Government Code.

“We will wait for the executive order of the President,” said Andanar when asked if Malacañang would be pushing for legislation to mandate LGU involvement in the national hotline. – Rappler.com