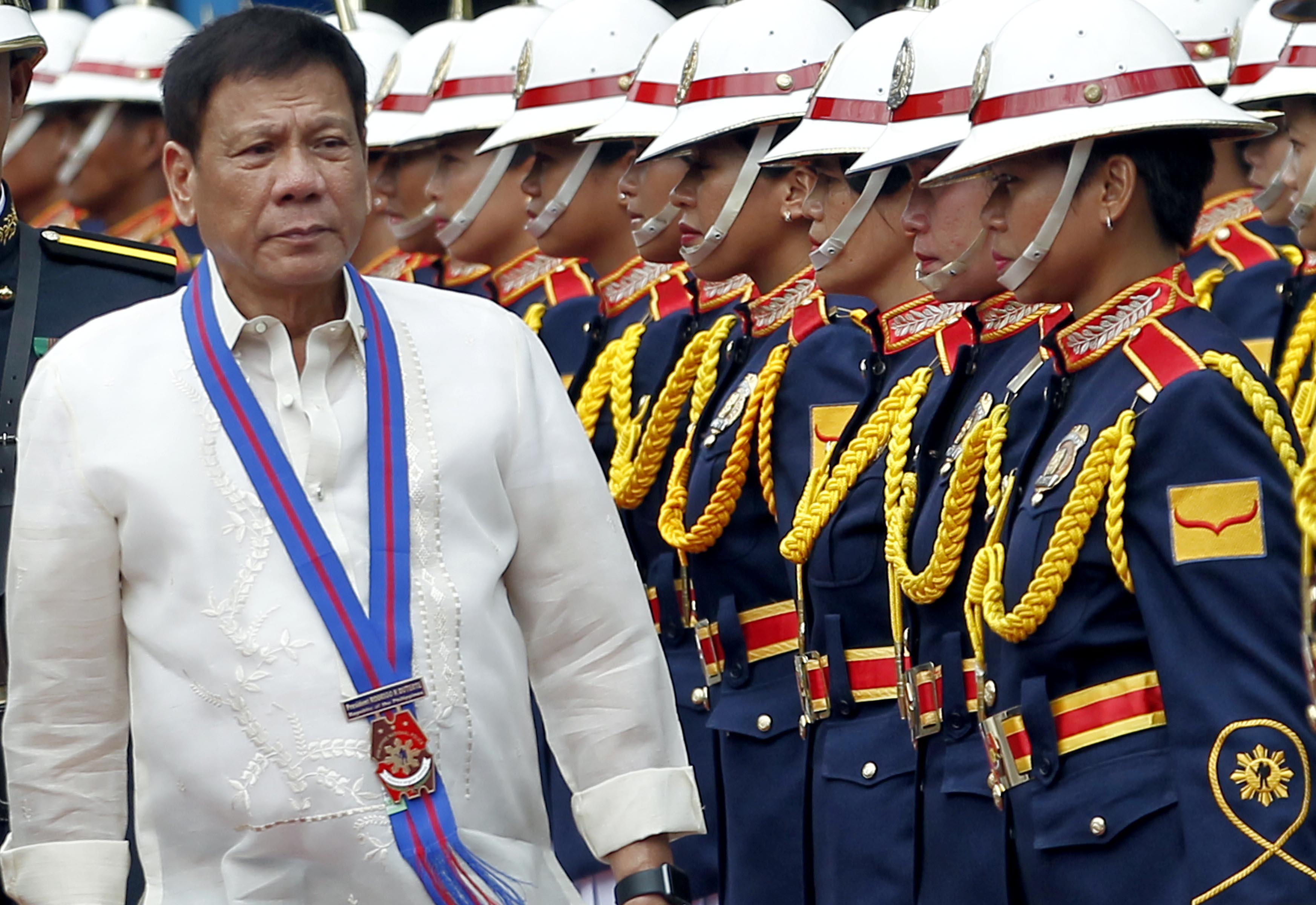 MANILA, Philippines – President Rodrigo Duterte called on the mayor of Albuera town in Leyte and the latter’s son to surrender to government forces within 24 hours or face the consequences of being linked to the illegal drugs trade.

Mayor Rolando Espinosa Sr and his son Kerwin Espinosa are suspected of involvement in illegal drug trafficking and coddling drug lords, according to a Malacañang press release on Monday, August 1.

If Espinosa and his son do not surrender by the deadline, they will be hunted down by law enforcers. If they are found and they resist arrest, police have been ordered to “shoot on sight,” said the Palace.

“An order of ‘shoot on sight’ will be given if they resist and endanger the lives of arresting police officers,” reads the statement.

Two bodyguards and 3 employees of Mayor Espinosa were arrested on Thursday, July 28, during a buy-bust operation, where police found P1.9 million worth of shabu in a tennis court near Espinosa’s house, according to an Inquirer report.

One of the employees was the target of the operation after police received reports he was selling shabu.

Espinosa has not yet come forward regarding these allegations. He has apparently been on leave since the week of July 18, according to his staff.

In honor of his campaign promise to suppress drugs in 3 to 6 months, Duterte has publicly named alleged drug suspects, including 5 police generals and 3 Chinese drug lords.

Under his orders, the Department of the Interior and Local Government has been making a list of local government officials, like mayors and barangay captains, involved in the illegal drugs trade.

The Philippine National Police too says it is purging its ranks of drug-tainted policemen. – Rappler.com