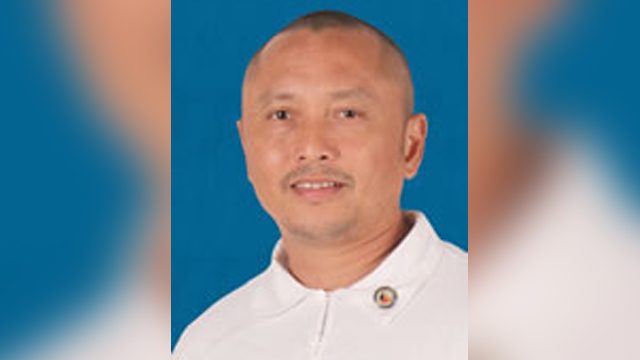 In a privilege speech, Teves admitted before his fellow lawmakers that he used to be a drug addict himself.

“I have been a longtime addict, but I have been clean in the last 16-plus years. I don’t even take alcohol,” Teves said.

He wants the administration of President Rodrigo Duterte – who has declared a war against drugs and crime – to consider using public high school classrooms as rehabilitation centers from 5 pm to 8 pm. (READ: Learning from Davao: Health chief eyes community-based drug rehab)

He suggested the time frame because classrooms are no longer in use at this time.

“Another more important aspect of the 5-8 in the evening [proposal], this is the time the addict’s day starts. This is when they have the most cravings and may I suggest that we make use of this time to make use of our classrooms in the rehabilitation of our surrenderees,” explained Teves.

Around 50 drug dependents will stay in a classroom and their rehabilitation program will be conducted by two primary counselors, two secondary counselors, and two volunteers.

Participants will also be asked to attend 8 am-to-9 am meetings at barangay covered courts. An optional physical therapy session, which Teves said may include a game of basketball or a session of zumba, will follow from 9 am to 10 am.

Teves is eyeing the daily rehabilitation program to be implemented in the span of 8 to 12 weeks. He plans to coordinate with different local government units should his proposal be considered by the administration.

According to Teves, his proposed rehabilitation program would only cost the government P2,500 per drug dependent.

“I am not afraid to push for this modality as I am a very good example of an addict who is now even a congressman. I can be an example to the more than 100,000 addicts in the Philippines that there is hope after drug addiction,” Teves added.

As of July 24, 293 drug pushers and users have been killed by the police in their intensified anti-illegal drugs campaign. (READ: Lawmakers push probe into rising drug suspect killings)

In addition to this, independent bodies have tallied more than 100 dead in apparent summary executions around the country.

More than 100,000 drug dependents and pushers have also surrendered to the police through Oplan TokHang, wherein cops knock on the doors of drug suspects to give them a chance to change their ways.

Thousands of arrests have been made, leaving the Philippine government struggling with the sudden spike of drug addicts who have surrendered.