Aug 2, 2016 11:38 AM PHT
Mara Cepeda
Facebook Twitter Copy URL
Copied
In defending the Constituent Assembly, Speaker Pantaleon Alvarez says all elections – even the polls for Constitutional Convention delegates – may be influenced by big businessmen and other vested interests 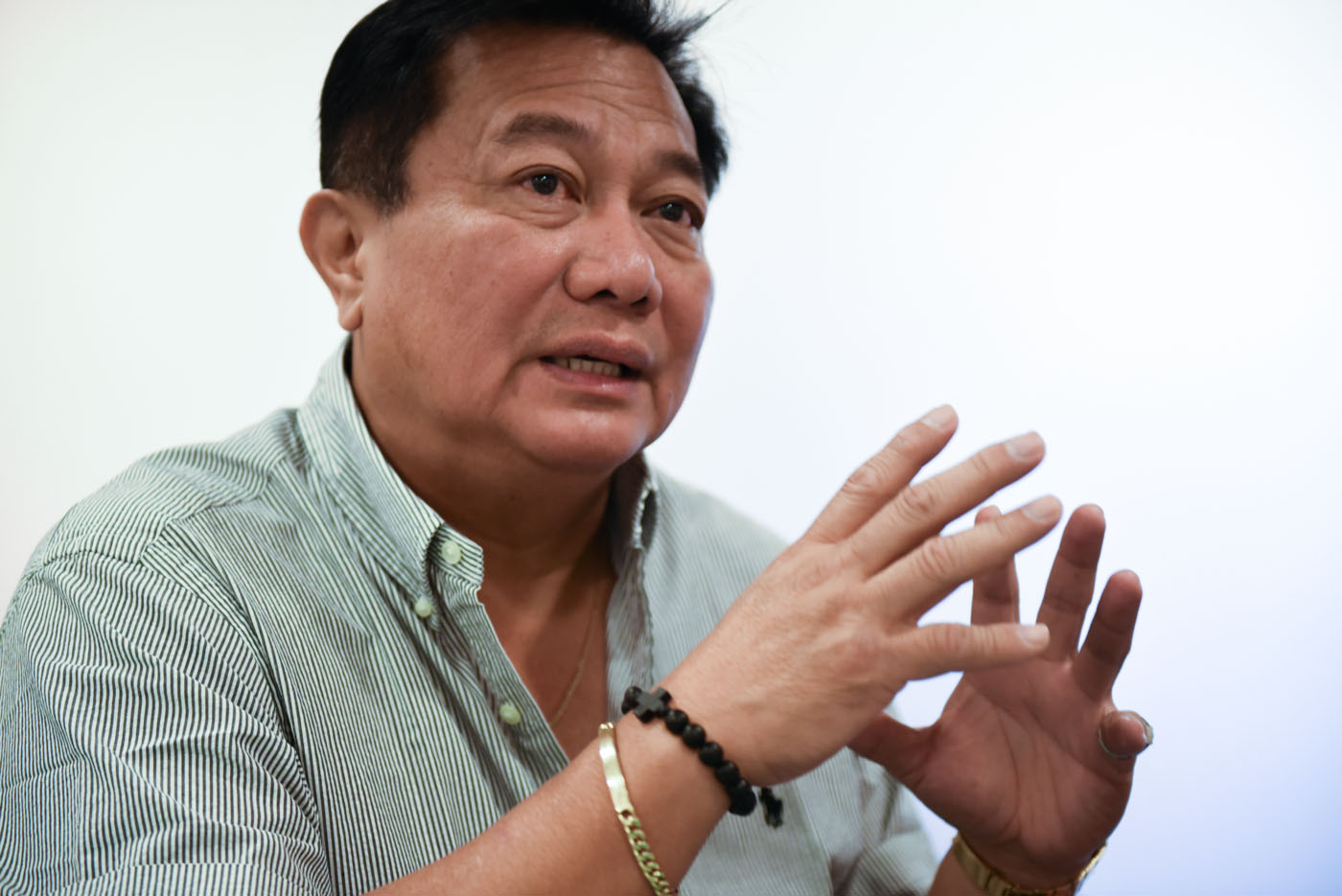 MANILA, Philippines – Speaker Pantaleon Alvarez on Tuesday, August 2, said no one can guarantee that a Constitutional Convention (Con-Con) would be comprised of the “right people.”

This is Alvarez’s rebuttal to critics of a Constituent Assembly (Con-Ass), President Rodrigo Duterte’s preferred mode to amend the 1987 Charter.

“If we are afraid that some congressmen are incompetent to amend, to do the revision of our present Constitution, electing delegates to the Constitutional Convention is not a guarantee that we will be electing the right people. ‘Di po guarantee po ‘yun (That’s not a guarantee),” Alvarez told ANC Headstart.

“Ang sa akin, if takot po tayo sa (For me, if we are afraid of the) competence issue, we might as well form a Constitutional Commission (Con-Com) and the President will elect people na talagang (who are really) competent. Kilala naman natin ‘yan lahat (We know who they are),” he added.

In a Con-Ass, sitting congressmen turn themselves into a body to draft constitutional amendments. In a Con-Con, a separate body is either elected by the people or appointed by the President to propose such changes.

Either way, a majority of registered voters still need to approve of the proposed amendments in a plebiscite.

Duterte originally wanted to have a Con-Con to pave the way for federalism, but he changed his mind because a Con-Ass is deemed “cheaper and faster,” according to Alvarez. (READ: Will federalism address PH woes? The pros and cons of making the shift)

Some legislators and analysts criticized the move, saying Congress cannot be trusted with constitutional amendments because lawmakers would allegedly put their self-interests first before the welfare of the people. (READ: The problem with Con-Ass? Distrust of Congress)

In the Pulse Asia Ulat ng Bayan survey on government institutions released April 4, the House posted the lowest approval rating of 41%, compared to the Senate’s 49% and the Supreme Court’s 52%.

This has prompted Alvarez to suggest to Duterte to form a 20 to 25-person Con-Com, a “council of wise men” that will draft a new Constitution while the 17th Congress focuses first on other proposed measures, including the 2017 budget.

Alvarez also said on Tuesday that all forms of elections – even the polls for Con-Con delegates – are prone to abuse by businessmen and other influential people.

“Will the delegates to be elected in the convention also be guided by the common good if they will be elected – financed by businessmen also ‘yung elections nila (their elections)? Let’s face it: in all elections, you need money to win. Hindi naman lahat ho ng competent people may ganung kalaking pera para gastahin sa kampanya (Not all competent people have enough funds to spend for the campaign),” said Alvarez.

“My solution is, to address this competence issue, the President better appoint members of this commission,” he added.

Alvarez wants the the Con-Com to finish the draft Constitution in 6 months, which will then be submitted to Congress sitting as a Con-Ass to guide lawmakers as they make the amendments.

He said a “massive” government-led information drive will inform the people about the proposed amendments. Alvarez is eyeing the plebiscite to be held alongside the 2019 midterm elections.

Alvarez is also undaunted by the survey results that 44% of Filipinos are currently not in favor of charter change, noting that this would change after the information drive.

“I am encouraged by the 30% that approves that the Charter shall be revised. Konting kampanya lang ito. Puwede ma-hit ‘yung (This just needs a little information campaign. We can hit) 80% to 90%. It’s only a question of explaining to the people,” he said. – Rappler.com