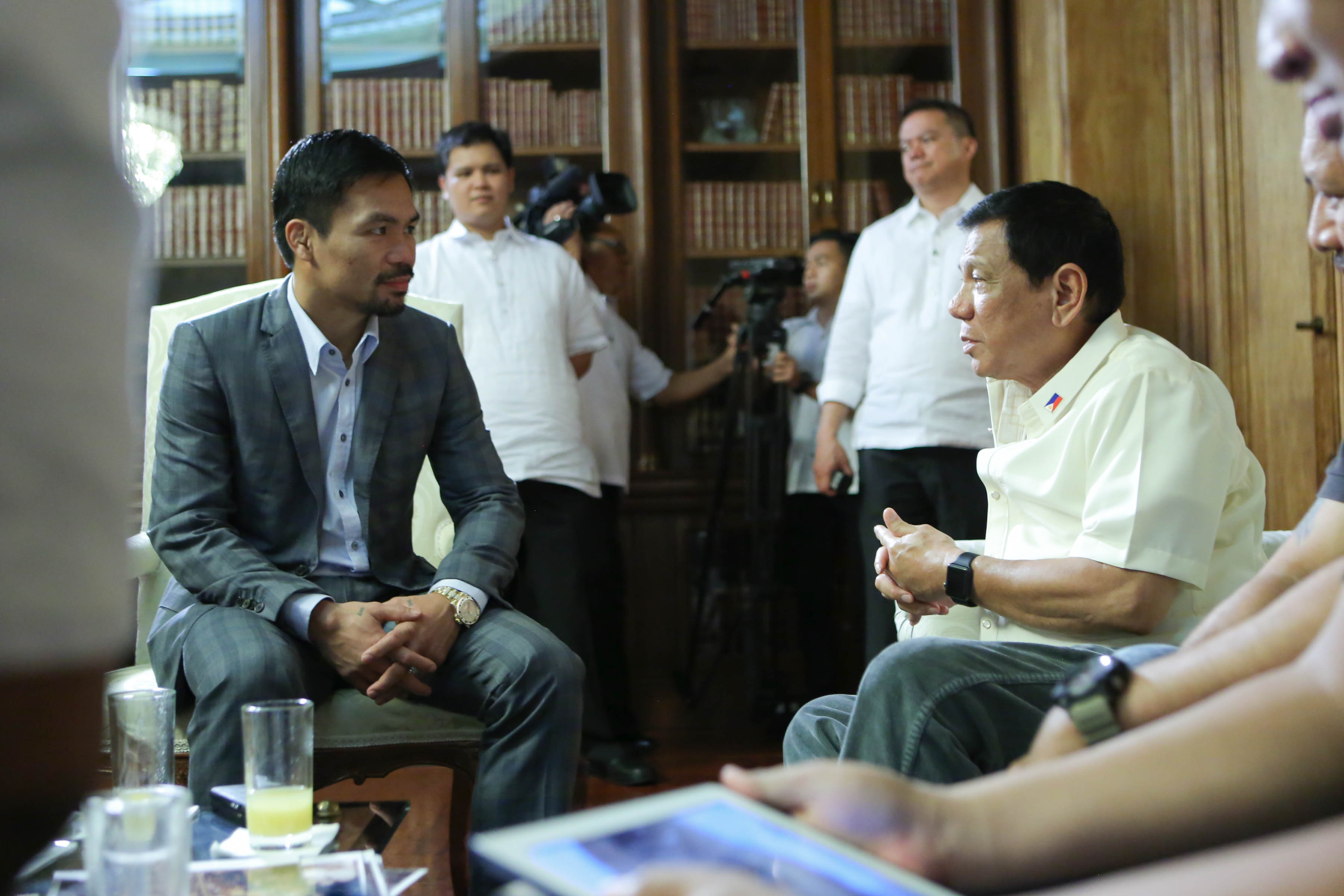 Pacquiao defended Duterte and the Philippine National Police (PNP) from allegations, saying they are stewards of the law. The drug lords, not the police, are responsible for the killings, he said.

(President Duterte and our policemen do not want to violate the law. They follow due process… You know, there are some drug lords who kill their men because their men might squeal on them. That’s what is happening.)

The senator said he, as a parent, is more worried that the problem of drugs would worsen. (READ: Music, drugs, and alcohol: Do young Filipinos party to get high?)

(I’m worried because I have children. I’m worried that the problem of drugs, crimes won’t be solved. It’s important to address the problem.)

If there’s one thing he realized at the height of the drug controversy, he said, it’s that the President is the right man for the position.

Pacquiao said had Duterte lost the presidency, the nation would not realize how big the problem is. He could not have imagined then how drugs proliferate even in small barangays.

(Now I realize everything – the reason why Digong was elected president is because drugs are everywhere in the Philippines. If Digong hadn’t become president, drugs would continue to proliferate, many lives would be ruined because of drugs.) 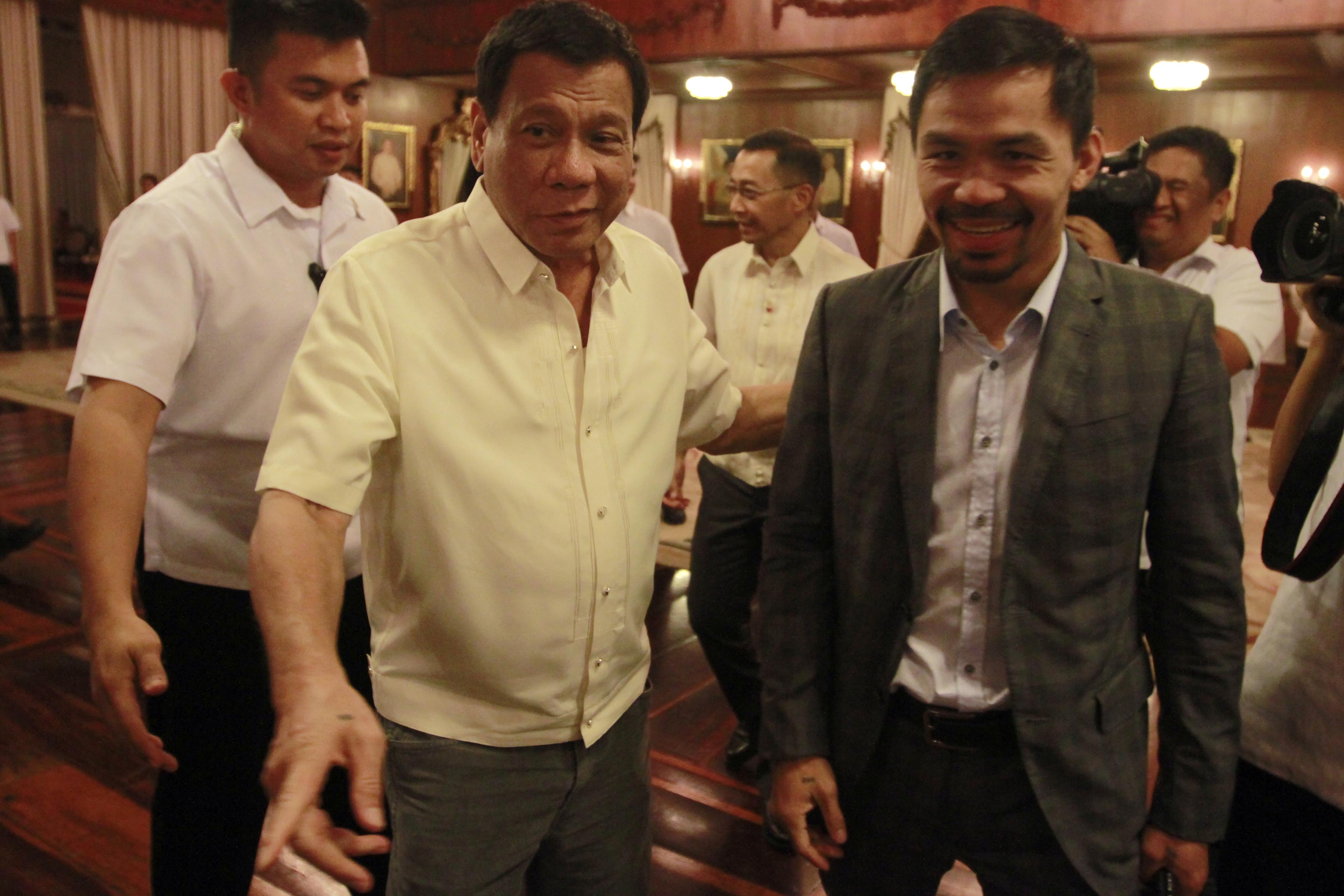 Pacquiao met with Duterte on Monday, August 1, at Malacañang Palace. This is not the first time the two met, as Pacquiao was among Duterte’s early visitors in Davao City even before the latter’s proclamation.

Asked what they talked about, the senator said they discussed the President’s programs against criminality and his desire to restore death penalty – something that Pacquiao also strongly supports.

(The good programs in our country, as well as the fight against criminality and drugs in the Philippines – those are what we talked about. President Duterte is appealing that death penalty be restored so it can help deter crimes.)

It was Pacquiao who sought the meeting. Teased by media that he is special for bagging a one-on-one encounter with Duterte, Pacquiao shyly said: “Mindanaoan eh.” (I’m also a Mindanaoan like the President.)