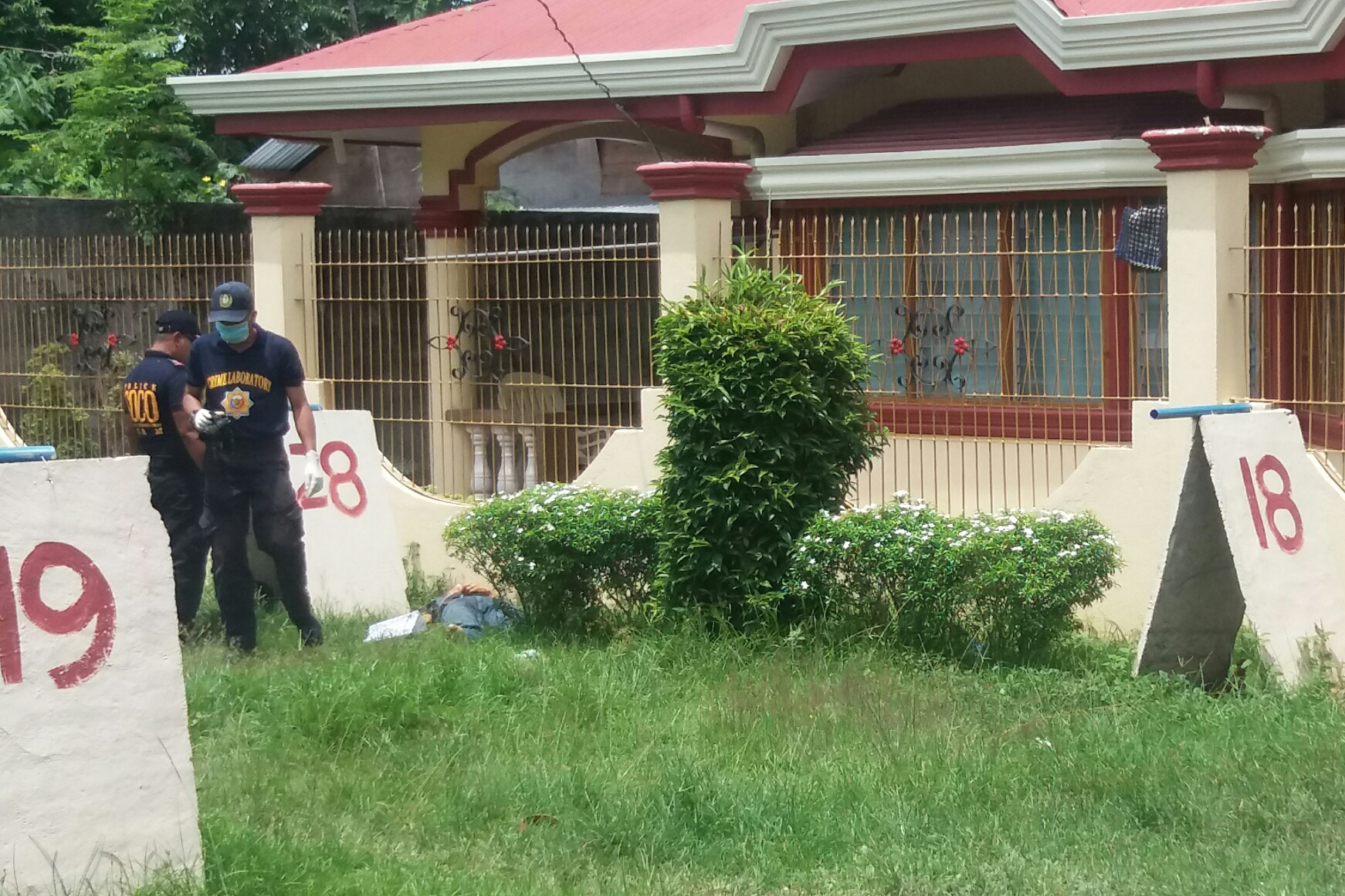 According to initial reports from the Leyte provincial and Region 8 police offices, at around 5:30 am on Wednesday, Albuera police patrollers encountered armed men at Sitio Tinago in Barangay Benolho.

Chief Superintendent Elmer Beltejar, acting regional director of Police Regional Office (PRO) 8, later told media that the 6 armed men were the “hit men” of the mayor. They were allegedly responsible for killings in Albuera.

Espinosa is among the first local officials to have “voluntarily surrendered” to Philippine National Police (PNP) chief Director General Ronald Dela Rosa because of alleged links to the illegal drugs trade.

He yielded to authorities a day after President Rodrigo Duterte called on Espinosa and his son, Kerwin, to surrender within 24 hours or risk the issuance of a “shoot on site” order if he resists arrest. There are no cases or warrants pending against the mayor.

The warning came after police found millions worth of shabu in a tennis court near the Espinosa residence during an earlier buy-bust operation.

The father and son tandem have been long monitored by cops. The mayor is part of Duterte’s list of alleged drug lords and coddlers. Kerwin is allegedly among the biggest drug lords in the Eastern Visayas region. (READ: Duterte to name 27 local execs with suspected drug links)

Espinosa admitted he was aware of his son’s illegal activities but denied having benefited from or being involved in his operations. The mayor also said he was not aware of Kerwin’s whereabouts. (READ: Dela Rosa to Albuera mayor’s son: Surrender or die)

The mayor had earlier vowed to cooperate in the Duterte administration’s campaign against crime, illegal drugs, and corruption.

The “shoot on site” order is still up against Kerwin should he resist arrest. Like his father, there is no pending case or warrant of arrest against him.

Police also recovered 13 high-powered firearms and 4 caliber .45 pistols in the aftermath of their encounter.

The 6 unidentified men are part of the 400 or so deaths in anti-illegal drugs police operations around the country since July 1, when the new administration assumed office. – With reports from Jazmin Bonifacio / Rappler.com