Aug 3, 2016 1:24 PM PHT
Pia Ranada
Facebook Twitter Copy URL
Copied
President Rodrigo Duterte says he has told state auditors that he would not follow the rule on awarding contracts to the lowest bidder – which is mandated by law – as it is 'the source of corruption' in government procurement 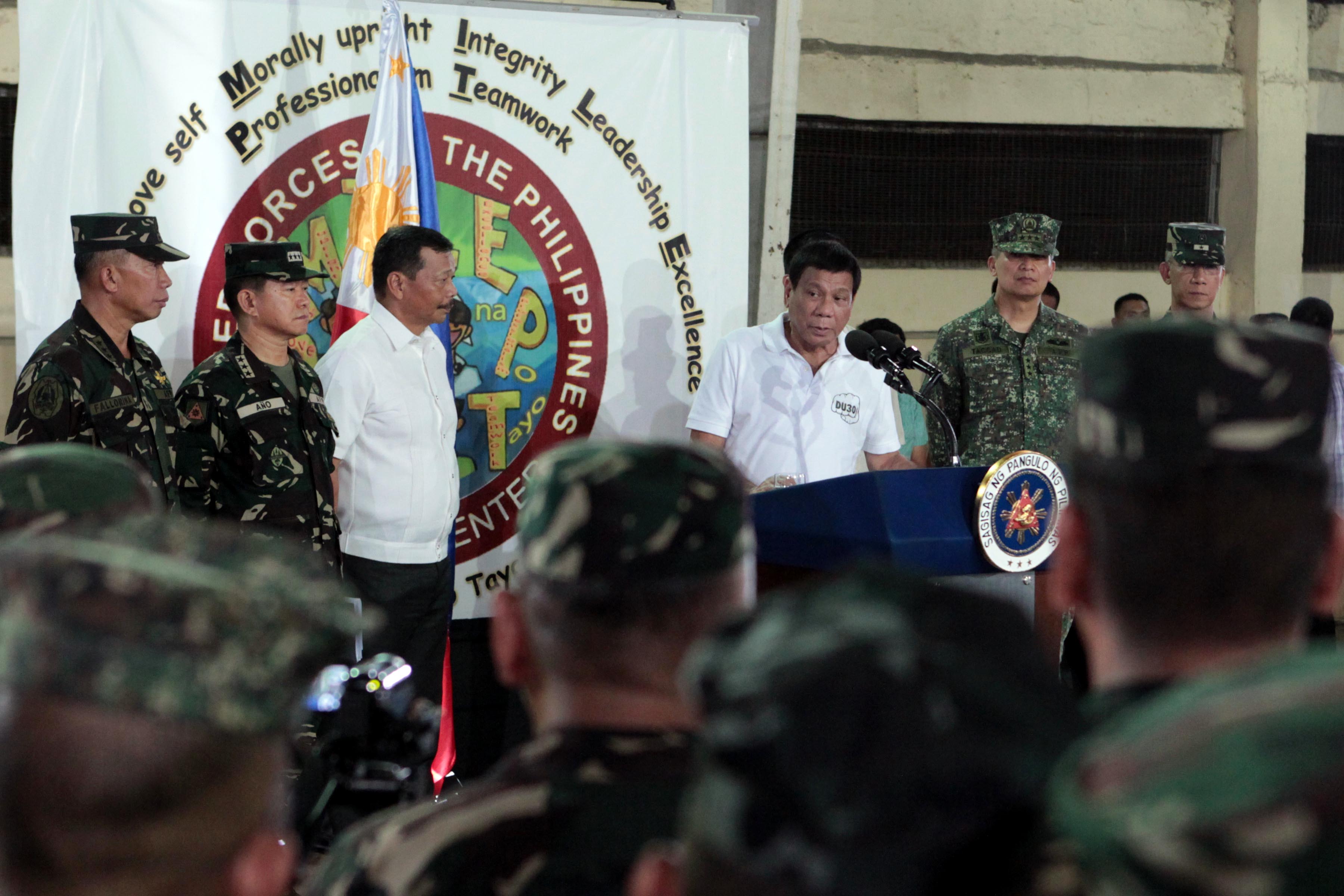 MANILA, Philippines – President Rodrigo Duterte said he has given notice to the Commission on Audit (COA) that under his watch, government contracts would not go to the lowest bidding contractor.

His reason? This particular rule – which is mandated under Republic Act 9184 or the Government Procurement Reform Act of 2003 – allegedly breeds corruption, the President said. (READ: TIMELINE: Anti-corruption initiatives in the Philippines)

(I already gave notice to the COA, I said, I will not follow that. We will just fight over it because the lowest bid [rule] is the source of corruption.)

His tirade against the rule began when he told soldiers he wanted to get good quality equipment for them. The President argued that while the rule allows the government to pay a low price for projects or equipment, this often comes at the cost of quality.

(It’s a race for the lowest price. Okay, lower your price. The others are buying for 100, they will buy only worth 20, so what you buy for me is – you know. Let’s not get into it first because of the dispute.)

Duterte said he only wants “state-of-the-art” guns, transportation, and other equipment for police and military.

But with the lowest bid policy, the government tends to purchase cheap equipment that easily get damaged and end up unused, he said.

“Tapos sabihin ng sundalo, “Sir, nasira kaagad.” Kagaya ‘nung mga jeep ng pulis. Tingnan mo ‘yung binili nila – wala na (Then the soldiers will say, ‘Sir, it got broken right away.’ Like the jeeps of the police. They bought it and now, they don’t use it),” he said.

He compared it to vehicles he supposedly bought for the Davao City police.

(The money will be used in the right way. No more rigging of bids because all purchases of the government, I will look into.)

The Government Procurement Reform Act is supposed to ensure greater transparency in the government’s procurement process to plug loopholes for corruption.

It mandates that all government procurement be done through competitive bidding, with government contracts awarded to the qualified lowest bidder, except when seen as not favorable to the government. In such cases, the law allows other modes of procurement.

RA 9184 also created the Philippine Government Electronic Procurement System (PhilGEPS), an online portal, which is the primary source of information on all government procurement. – Rappler.com