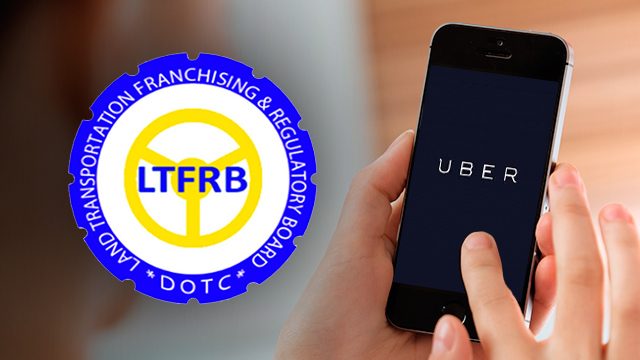 Facebook Twitter Copy URL
Copied
In a statement, Uber says it has removed the driver from its system and is cooperating with law enforcement agencies in the ongoing probe

MANILA, Philippines – Popular ride-hailing service Uber vowed to cooperate with authorities to investigate the alleged rape of a female passenger by an Uber driver in Quezon City last week.

“First and foremost our thoughts are with the rider and her family. We immediately removed the driver from the Uber platform when we learned of the reported incident and are cooperating fully with law enforcement in their ongoing investigation and stand ready to assist them in every way we can,” Uber said in a statement to Rappler.

According to a report by the Philippine Star, the 22-year-old woman was allegedly raped by the driver, identified as Xstian Karlou John Marie, while en route from Camp Crame to Katipunan Avenue last July 27.

The driver allegedly forced the female passenger to hold his genitals and to perform oral sex on him before she was able to escape.

The Land Transportation Franchising and Regulatory Board (LTFRB) has issued a show cause order to Uber and has set a hearing on August 10.

The incident comes after another transport network company (TNC), Grab, also received a complaint regarding one of its drivers, who allegedly threatened to shoot a passenger.

Earlier this week, LTFRB Chairman Martin Delgra III said it is the responsibility of TNCs to screen and approve the drivers partnering with the service.

“I’ve seen the accreditation process. I’d like to think that they’ve done a good job, professionally. But as I have told them also, these incidents do happen. It’s a call on their part to really review the system and make sure that these do not happen again,” he said. – Rappler.com