Why Espinosa is staying at PNP’s ‘White House’ 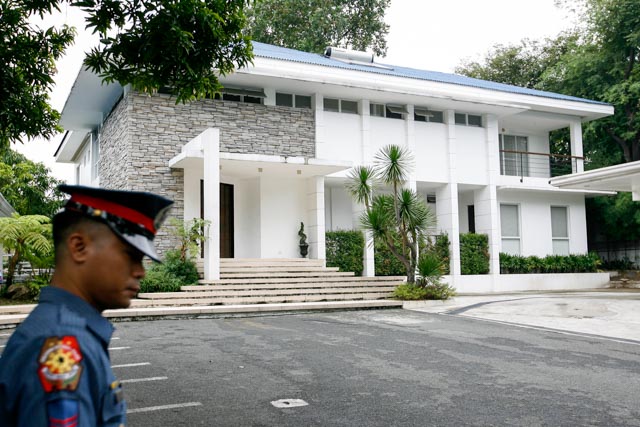 MANILA, Philippines – Albuera Mayor Rolando Espinosa Sr wasn’t given his own team of security personnel after his surrender but it seems like there won’t be any need for that.

“He’s staying in the White House because should I bother paying for his hotel stay?” Dela Rosa said in a press conference on Thursday, August 4.

Espinosa on Tuesday, August 2 voluntarily surrendered to Dela Rosa hours after President Rodrigo Duterte egged the mayor and his son, an alleged drug lord, to surrender within 24 hours. If they didn’t, a “shoot on sight” order would be issued against them if they fought back against cops.

The mayor, his common-law wife, and daughter are Dela Rosa’s guests in his official residence inside Camp Crame.

“I have to be human because he has his wife and daughter with him. Where will I make them sleep? Prison? I can’t do that because there’s no warrant against him. So I let them stay inside the White House,” added Dela Rosa.

The PNP chief says his guests will be staying at his official home until the Criminal Investigation and Detection Group’s investigation is over.

“The guy, with his family, voluntarily surrendered to me. Although he’s a drug personality…do you want me to kill him right away?” he added.

The Espinosas, said Dela Rosa, supposedly own a house in Manila but they seem hesitant to stay there because of security concerns.

In his affidavit, the mayor claimed that the Albuera police chief had threatened his life.  On Wednesday, 6 of his men were killed in a shootout with town police outside his home in Albuera, Leyte.

Speaking to media on Wednesday, an emotional Espinosa urged son Kerwin to surrender and assured him that Duterte and Dela Rosa would “help” him. – Rappler.com