War on drugs: While you were sleeping 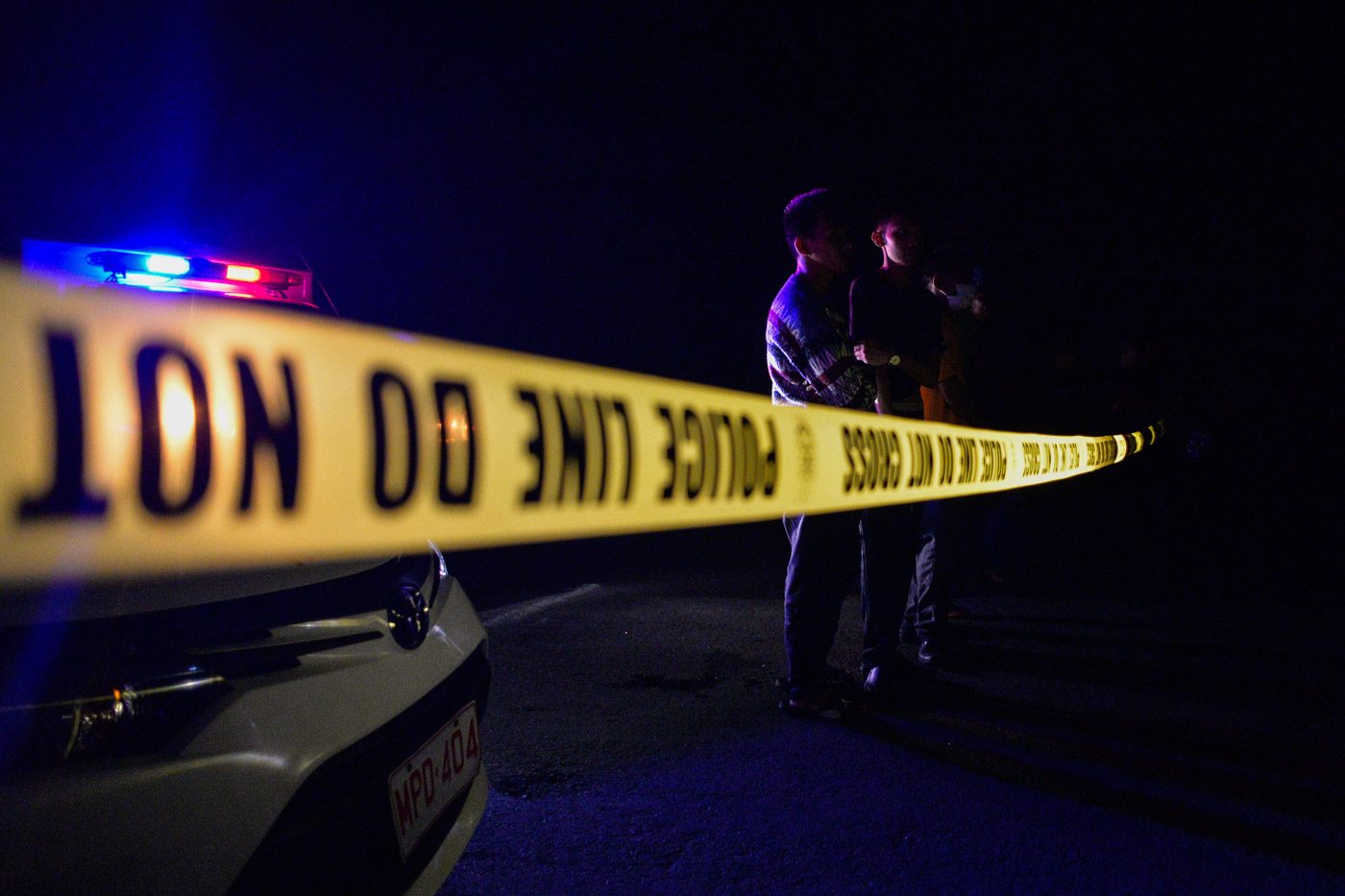 MANILA, Philippines — Every night since the new administration took over on June 30, blue and red blinkers of police cars have been lighting up dark village alleys cordoned off by yellow police tape.

As most of the population sleeps soundly from midnight till dawn, funeral home employees hurriedly haul cadaver bags to their service vehicles almost every hour. It seems to fulfill a presidential candidate’s promise for the country in his first months in office.

Still undecided about pursuing the presidency, that would-be candidate said at the time, “Ang plano ko, magiging madugo ‘yan. Kaya ‘wag na lang ako. Magiging madugo (My plan is it will get bloody. So don’t push me [to run for president]. It’ll be bloody).”

It’s been over a year since then Davao City Mayor Rodrigo Duterte said those words. It’s been over a month since he assumed the presidency. And true to his word, the war against drugs has been “a bloody one.” Soriano explains why Pallarco, a known drug pusher in Barangay Toclong, was gunned down: Pallarco was dealing P400 worth of shabu (methamphetamine) but drew his gun when he sensed that the “buyer” was an undercover cop.

“Nanlaban” – the suspect fought back while resisting arrest – is the most common reply from police officers and bystanders in every crime scene. Some of the bystanders barely witness the operations but are ready with the standard answer. To human rights advocates and other concerned citizens, however, it is an excuse to justify extrajudicial killings.

The police insist that they don’t kill just for the sake of killing drug suspects. They still follow the rules of engagement, they say:

Buboy, a barangay official, says that if these approaches are strictly followed, especially the second to the fourth – there would not be a lot of drug-related killings.

(The approach has been cut short, it has become surrender and eliminate only. Because of the fear of getting killed, they fight back. An added problem is the congested jails, and what’s sad is we don’t have even one public rehabilitation center in Manila alone.)

Two hours after the Kawit incident, the bloodied bodies of Police Officer 1 Bobby Orit and his companion, Danilo Guevarra, lie along the wet, dark alley near Building 13, Aroma Compound, in Tondo, Manila. Orit, an AWOL policeman formerly assigned to the National Capital Region Police Office, and Guevarra are killed after they reportedly resist arrest during a buy-bust operation, according to the Manila Police District Station 1 chief, Superintendent Redentor Ulsano.

A Manila police official says that while the number of drug-related killings may seem unusually high these days, it remains under control. He adds that the war against illegal drugs isn’t just about those getting killed.

(We like action, blood and gore, so that’s what’s highlighted in the media. We forget to count the number of those alive and who surrendered, are in jail, or in rehab, and are far more than those who have been killed.)

Mainly attributed to the police, drug-related killings are also reportedly perpetuated by vigilante groups and individuals emboldened by Duterte’s election promise – to eliminate drugs in his first 6 months in office.

A few kilometers away from the crime scene in Tondo, the lifeless bodies of two women, their heads wrapped in duct tape and hands tied, are found near Paco Park before dawn. There is no cardboard near the victims who appear to have been summarily executed, but police authorities believe the incident is drug-related. 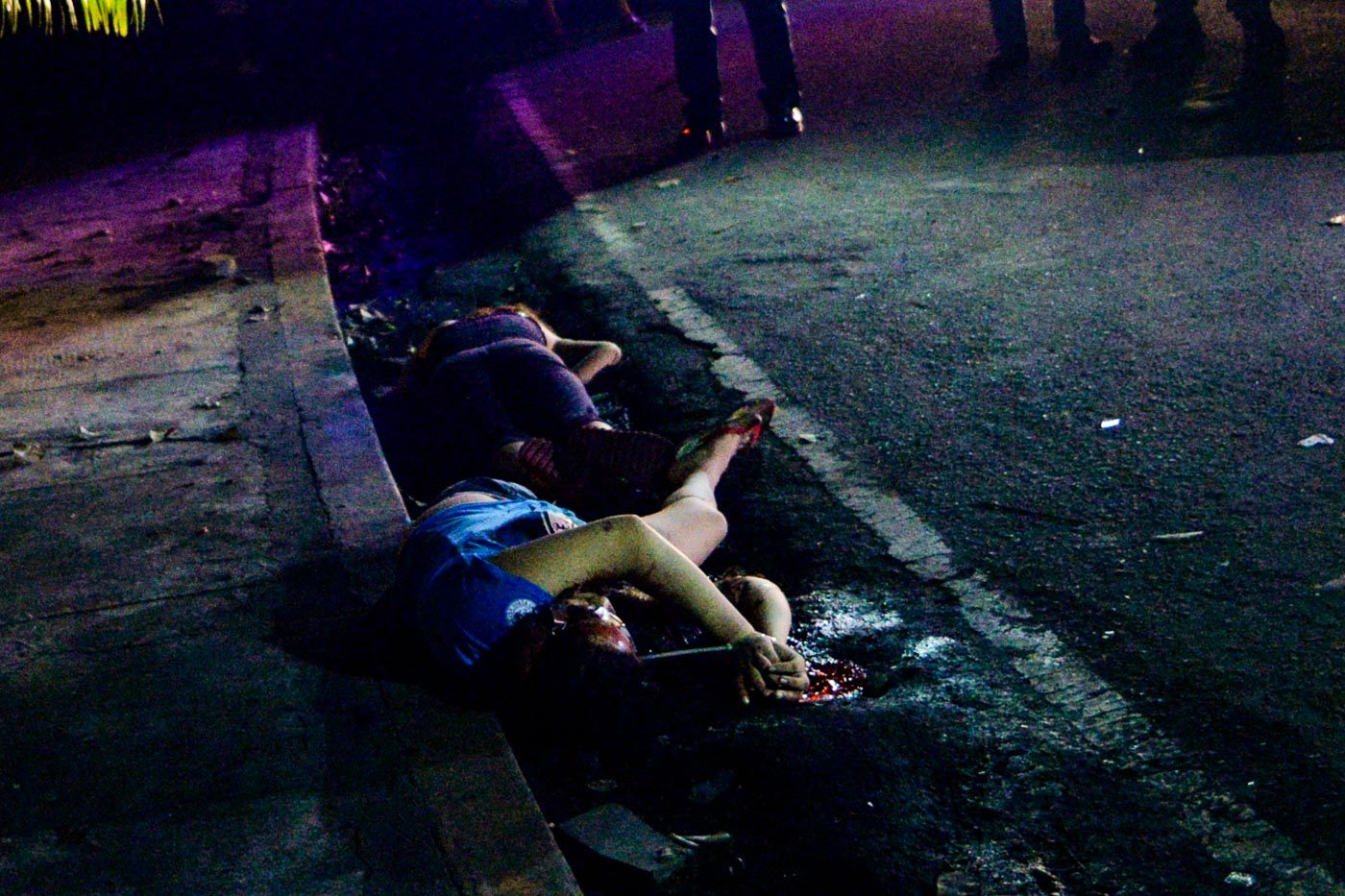 Five deaths in a span of 3 hours. More than 500 drug-related deaths since June 30. While many are elated by the spate of killings of drug users and dealers, many more are angered and concerned by the crackdown.

On August 2, the International Drug Policy Consortium signed a joint letter urging the UN drug control agencies “to demand an end to the atrocities currently taking place in the Philippines.” It said that extrajudicial killings “do not constitute acceptable drug control measures.”

A day later, the United Nations Office on Drugs and Crime (UNODC) heeded the call as its Executive Director, Yury Fedotov, said he joined UN Secretary-General Ban Ki-moon in “condemning the apparent endorsement of extrajudicial killings.”

(It’s all right that addicts and pushers are being killed; they’re a scourge to society; they even become hold-uppers and rapists. If only vicitims were given justice immediately, it’s likely there would be no one killed or salvaged now.)

Drug-related killings are slowly becoming the terrifying norm. As we sleep, amid the elation and anger, cheers and protests, the blood spill continues.