Aug 8, 2016 7:40 PM PHT
Camille Elemia
Facebook Twitter Copy URL
Copied
'I am convinced that God is not just a God of mercy, but he is also a God of justice,' neophyte senator Manny Pacquiao says in his privilege speech 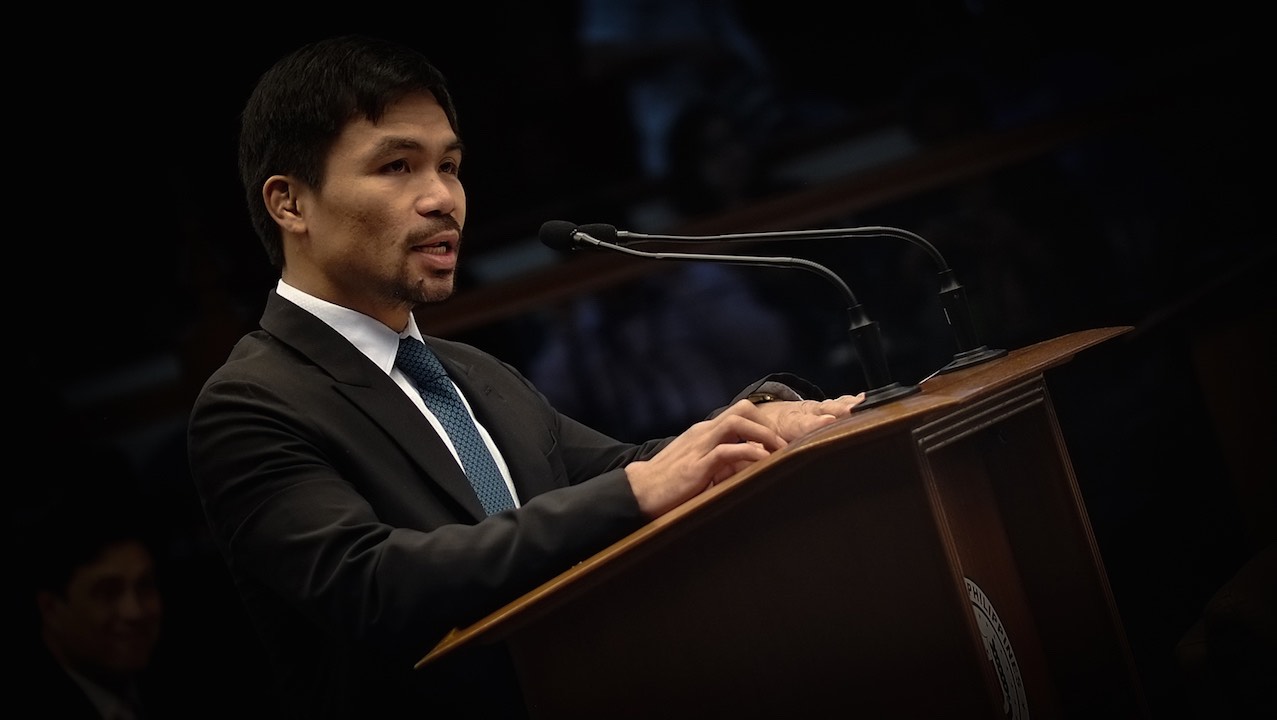 MANILA, Philippines – World boxing champion and neophyte senator Manny Pacquiao on Monday, August 8, faced a new battle, this time outside the ring, as he delivered his 1st privilege speech on the plenary floor.

Pacquiao, known for not backing down from any fight, stood his ground as 6 senators – more experienced than him – questioned the new senator after his speech calling for the restoration of the death penalty. (READ: Pacquiao favors death penalty by hanging)

While the law may have been repealed already, the Constitution does not totally abolish the death penalty, he said.

Pacquiao cited Article 3, Section 19 of the 1987 Constitution, emphasizing the word “unless”:

With this, Pacquiao then urged his colleagues to swiftly pass the measure.

(Do we have to spend all our time again discussing issues on the death penalty that have long been resolved?)

For the new senator, the death penalty is needed for laws to work, citing the case of Singapore where there is strict implementation of criminal laws.

Pacquiao also cited his experiences as a poor boy roaming the streets of General Santos and Sarangani, saying he personally saw the negative effects of illegal drugs.

(The implementation of the law would be more effective if it would have more teeth, teeth that would weaken those who are planning to engage in illegal activities.)

For the world-renowned boxer, the death penalty is “lawful, moral, and sanctioned governmental action.”

“Having read the Bible on a regular basis – I am convinced that God is not just a God of mercy, but he is also a God of justice,” he added.

Pacquiao, also a pastor, cited Bible quotes which supposedly back the death penalty.

“In Genesis Chapter 9 verse 6, ‘Whoever sheds human blood, by humans shall their blood be shed; for in the image of God, has God made mankind.'”

The senator also mentioned Romans Chapter 13, verse 4, which says: “For the one in authority is God’s servant for your good. But if you do wrong, be afraid, for rulers do not bear the sword for no reason. They are God’s servants, agents of wrath to bring punishment on to the wrongdoer.”

“Are we greater than God because God is allowing death penalty in every nation and country?” he said.

What about Mary Jane Veloso?

Senator Risa Hontiveros, one of the 6 interpellators, reminded Pacquiao of the time when he visited Mary Jane Veloso, the Filipina on death row in Indonesia for allegedly carrying illegal drugs.

(Didn’t you visit Mary Jane Veloso and pray for her? What if an innocent person is executed?)

Pacquiao paused for a moment before responding. He said the verdict of death penalty can be appealed before the Supreme Court.

De Lima, who is set to hear the death penalty issue as chairperson of the Senate committee on justice and human rights, said the criminal justice system should be fixed before the death penalty can even be considered.

(It’ll be difficult if we make a mistake. Our justice and legal system is imperfect. Why would we push for the death penalty if there’s a possibility that an innocent person can be sentenced to death?) – Rappler.com