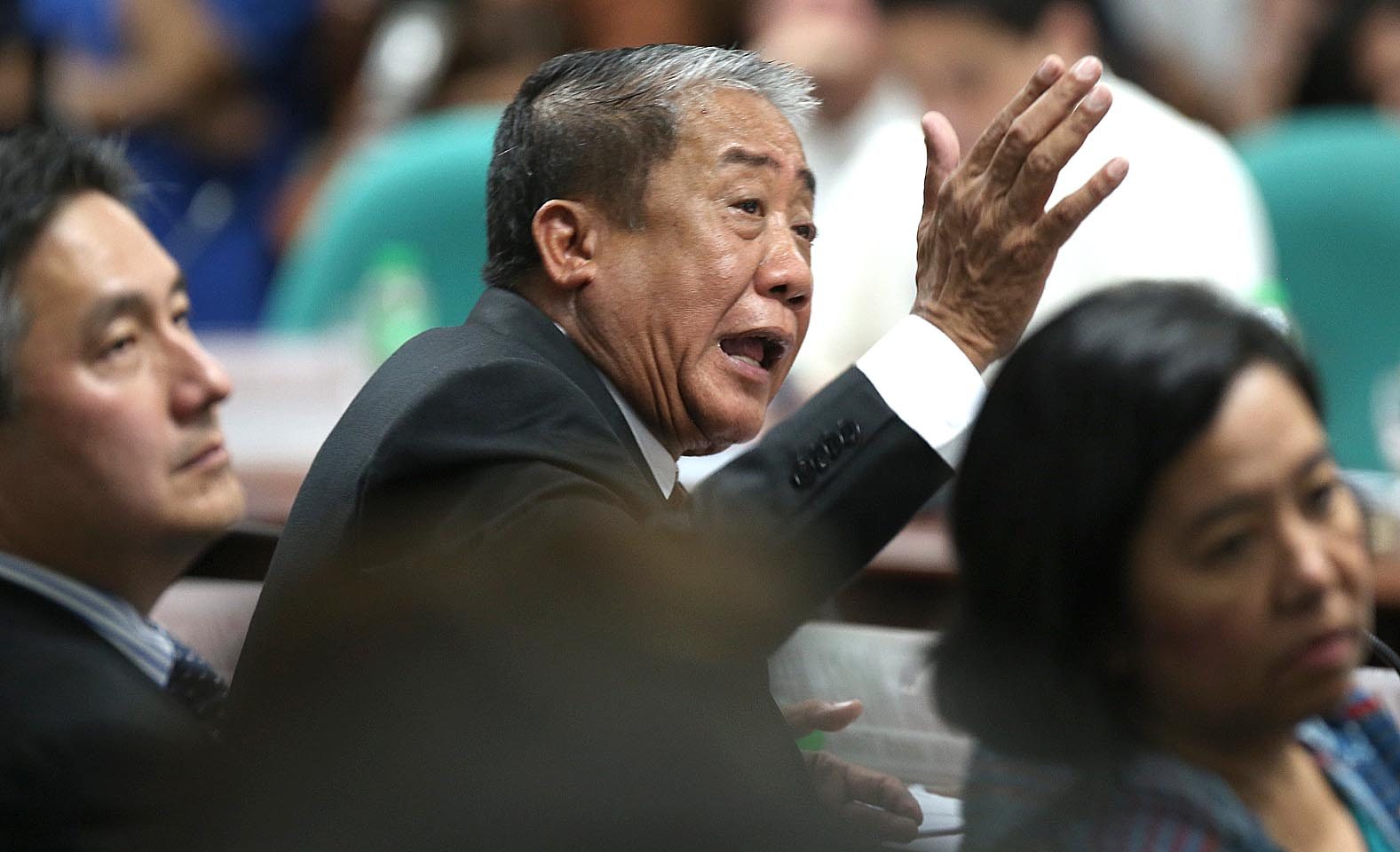 Facebook Twitter Copy URL
Copied
(UPDATED) Neophyte senator Leila De Lima, however, opposes the proposal as it might grant emergency powers to an individual other than the President

MANILA, Philippines (UPDATED) – Senators on Wednesday, August 10, proposed the appointment of a traffic czar in the granting of emergency powers to President Rodrigo Duterte to solve the traffic crises in Metro Manila and other cities.

Poe, chairperson of the committee on public services tasked to oversee the issue, said having a single authority is one of the conditions before granting special powers.

“There are people suggesting perhaps you should be the one in charge of the traffic,” Poe said.

“It’s also one of the conditions. We really want one point person in charge [of] implementing the emergency powers,” she added.

In an interview, Poe said Tugade has the leadership strength and “political will” to serve as the point person.

“So you would have full control of the emergency powers,” Drilon also told Tugade.

This is one of the policy issues, Drilon said, that they would examine before granting the requested emergency powers.

Drilon is the chairman of the committee on constitutional amendments and revision of codes, the secondary committee tasked to hear the matter.

Tugade told senators he is open to becoming the traffic czar.

“That is also worth looking into,” the transportation chief said.

“But I hope my comment does not necessarily mean in a way or two that I am volunteering or accepting,” he added in jest.

Neophyte senator Leila De Lima, however, expressed reservations over the proposal as it might grant emergency powers to an individual other than the President.

“When we say we want to grant emergency powers, as the Constitution would contemplate, this is supposed to be a grant of emergency powers to the President,” De Lima said.

Appointing a single person as “traffic czar,” De Lima said, might be problematic as it might lead to overstepping of powers of other agencies.

“Number two, there would be a problem there, because all of the departments, the line agencies, you do have your own statutory mandate and authorities. A traffic czar, a singular official, cannot just be vested with broad powers to be able to override the functions of these line agencies,” De Lima said.

But Tugade maintained that solving traffic would be more efficient if there is just one point person.

(That’s allowed. It would be better if there’s just one person in charge. It can be one group, not an individual, but one group alone responsible for overseeing solutions to the problem, that would be answerable to the President.)

Tugade earlier lamented how various agencies and local government units (LGUs) have different traffic rules and regulations, which only aggravate the problem. (READ: Gov’t wants to open up subdivisions to ease traffic)

Tugade said there must be a “single traffic authority” to manage the traffic system, which would suspend the powers of LGUs at least for the duration of the emergency powers.

In allaying fears involving the granting of special powers, the secretary said there is no need to worry as the government would be “transparent” and “accountable” for its actions.

“Isipin po natin ang special powers ay ‘di perpetual. (Let us be reminded that special powers is not perpetual.) It is for a given time. Wala hong arbitrariness or whimsical approaches. Ito ho ay kailangan natin. (There will be no arbitrariness or whimsical approaches. We need this.) DOT has a lot of things to do in such a short period of time. Give us the power and we will do everything with the time set,” he said. – Rappler.com