DENR suspends operations of iron ore mine in Bulacan 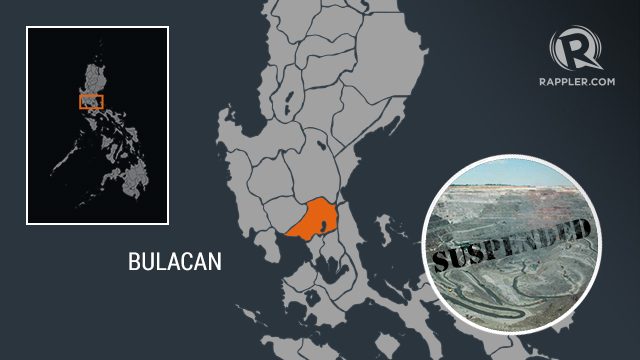 MANILA, Philippines – Ore Asia Mining Development Corporation, the only iron-producing mine in the country, is the latest mining firm whose operations were suspended by the Department of Environment and Natural Resources (DENR).

Environment Secretary Gina Lopez revealed in a recent press conference that the Bulacan-based mining company failed to secure an ISO 14001 Certification, which is the department’s measure of responsible mining.

ISO 14001 covers the requirements of an environmental management system for all organizations.

“The ore transport permit is the permit that allows the transport of the ore from the mines to the market. So, if you withhold the permit, effectively, hauling will stop,” Jasareno said in a press release sent to media on Wednesday, August 10.

The suspension happened after the department verified complaints from residents that the company caused siltation in a river which is a tributary of the Sibul spring. (READ: Duterte: ‘Amend, suspend, revoke’ environmental permits, if needed)

Lopez had earlier said more mining companies are likely to be suspended given the number of complaints her department has received.

Ore Asia Mining Development Corporation is the 8th mining firm suspended by the DENR since the ongoing audit on all existing mines in the country began in July.

The 7 other companies are:

Lopez again reiterated that the audit, which is expected to end by mid-August, will cover all mining operations in the country, following the President’s directive.

Her department, she said, will not hesitate to shut down firms that violate environmental laws.

“Before they even consider doing anything, they have to give the people back their farmland, plant the trees they cut without permit,” Lopez added. – Rappler.com