Duterte on Robredo: You won’t listen to a beautiful female president 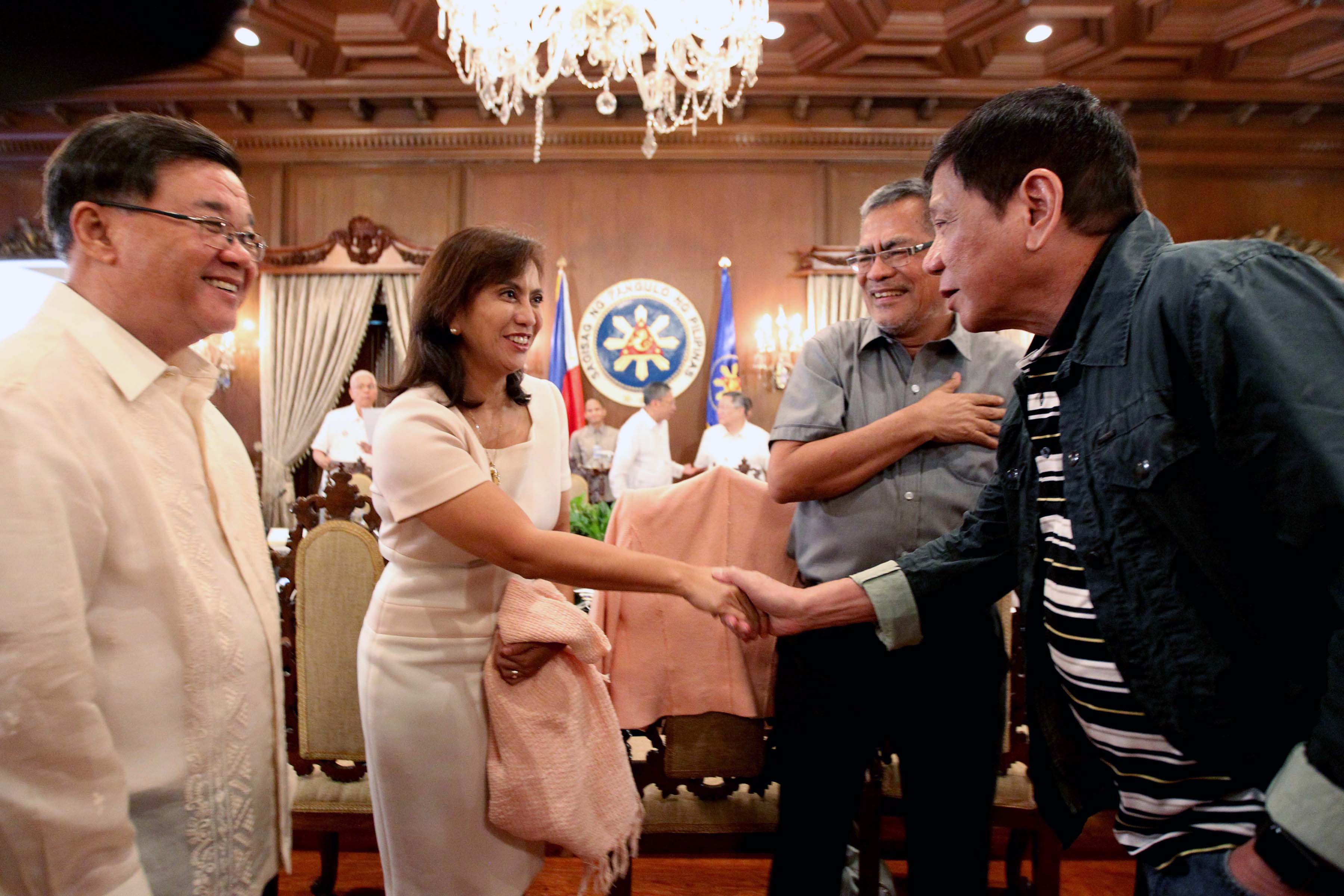 But his admiration prompted a joke about how difficult it is to listen to beautiful female presidents, something Robredo might be one day if she decides to run in 2022 and wins or if Duterte is unable to complete his term.

“You won’t listen to a female president, you will just stare at her because she’s beautiful. I keep looking at [Vice President Robredo] in the Cabinet meeting,” joked Duterte, a self-confessed admirer of women who once told a crowd of thousands about his multiple girlfriends.

Duterte was speaking to soldiers at a military camp in Labangan, Zamboanga del Sur on Wednesday. He spoke mostly in a mix of Bisaya, English, and Tagalog.

The President also called the Vice President “lady-like and kind,” adding that so far, he has had no problems with his Cabinet appointees.

This is not the first time Duterte commented on Robredo’s physical beauty.

On the campaign trail, he had admitted he found her so gorgeous that if she did not win as vice president, he wanted her to be his “assistant president.”

While his comment amused some, it insulted others who thought the joke was demeaning to women.

But after his joke, Duterte said he did not mean to offend anyone.

“I’m sorry Leni, I hope, do not be offended, I am just shooting the breeze with these guys,” he had said.

After a rocky start to their working relationship right after the elections, Duterte and Robredo appear to be on each other’s good side. Robredo is now part of Duterte’s Cabinet as his housing czar.

But Robredo has not agreed with all of Duterte’s policies. She expressed concern over the rise in extrajudicial killings which is seen as a consequence of his administration’s war on drugs.

She also opposes the planned burial of the late dictator Ferdinand Marcos at the Libingan ng mga Bayani. – Rappler.com