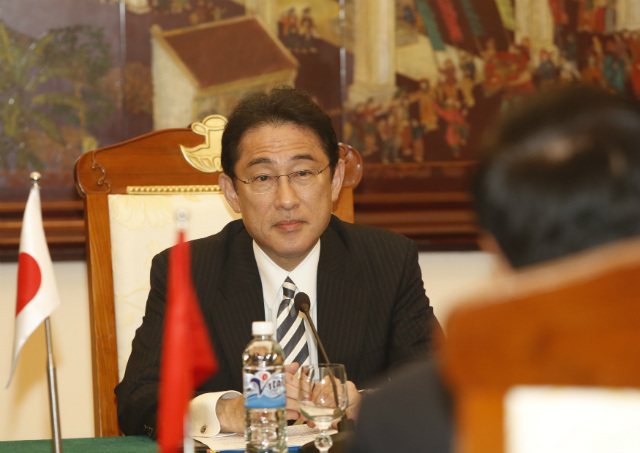 On Thursday, too, he is set to hold a joint press conference with Yasay at Marco Polo Hotel in Davao City.

“It is important to communicate with the new Philippine government. I would like to firmly confirm friendly ties,” Kishida said, according to Kyodo News.

Kishida’s trip to the Philippines comes after US Secretary of State John Kerry also visited Manila from July 26 to 27.

Both the US and Japan have a strategic partnership with the Philippines. This means the Philippines is cooperating closely with both countries when it comes to maritime security, among other things.

Days before Kerry and Kishida visited the Philippines, Manila won a historic case against Beijing over the West Philippine Sea (South China Sea).

The ruling is crucial for the region as the West Philippine Sea dispute affects one of the world’s major trading routes. – Rappler.com