Dela Rosa on Senate probe: I’ll face it, part of our job 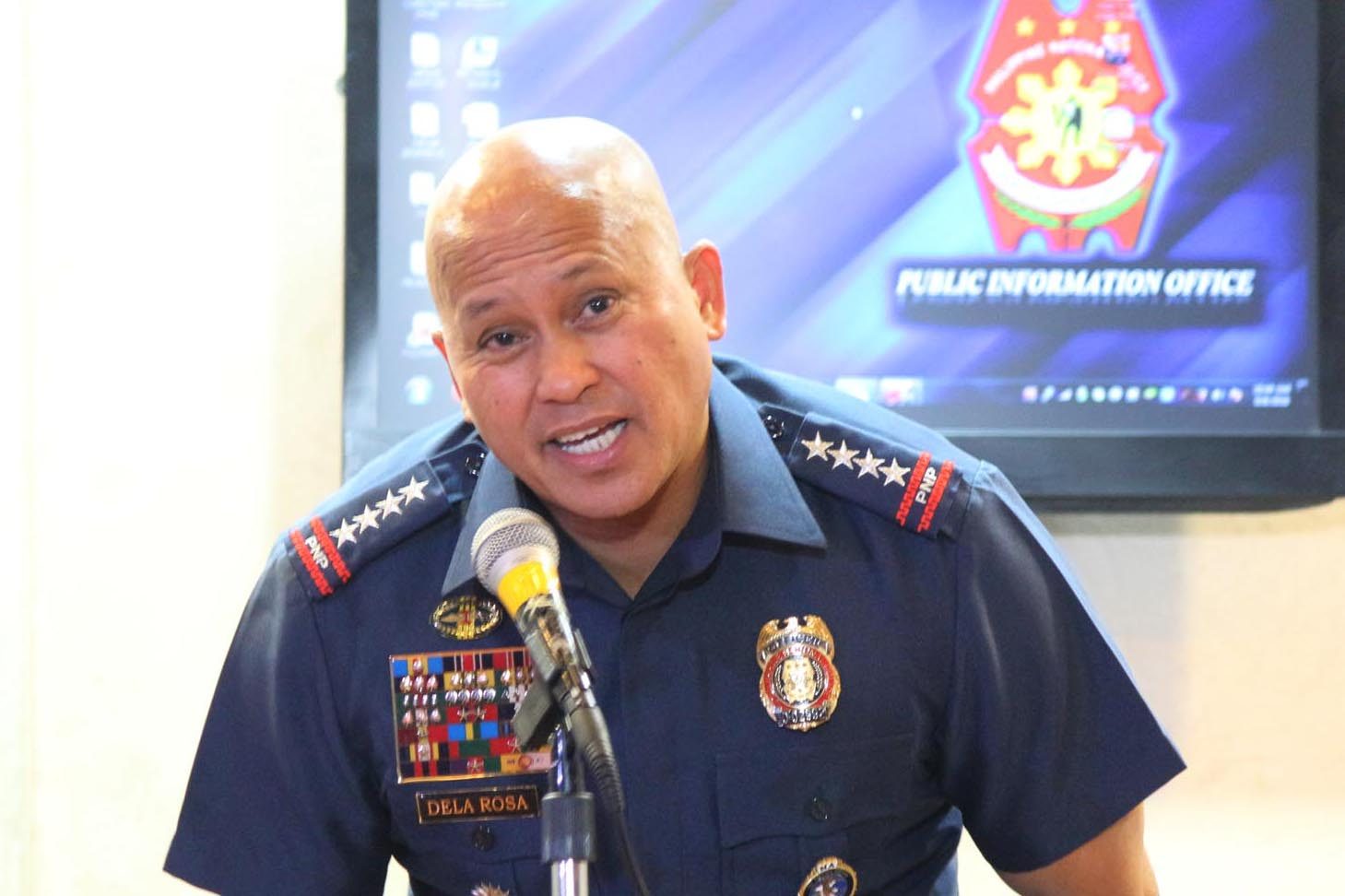 Facebook Twitter Copy URL
Copied
Still, the chief of the PNP calls on cops not to 'waste this golden opportunity' and to make the most out of the momentum in the war on illegal drugs

MANILA, Philippines – Despite previously lashing out against Senator Leila de Lima’s plans to investigate alleged instances of extrajudicial killings by police, Director General Ronald dela Rosa said on Thursday, August 11, that he was going to face the Senate “if we’re required.”

“Yes, I will face her. It’s part of our job. If we’re required,” said Dela Rosa in General Santos City when asked if he would attend the legislative probe scheduled on August 22 and 23.

De Lima, former justice secretary, earlier filed a resolution calling for an investigation on the rising death toll of drug suspects in police operations around the country. To date, more than 500 suspects have died in various operations since President Rodrigo Duterte took his oath.

One of Duterte’s main 2016 campaign promises was to stop – or at least “supress” – crime, illegal drugs, and corruption within 6 months.

But the law enforcement campaign has also been hit by critics for supposedly being anti-poor and for encouraging violance and vigilantism in the country. On top of the 500, media groups have estimated at least 200 supposed drug suspects killed in apparent cases of summary executions.

A month ago, Dela Rosa hit De Lima for supposed “legal harassment” by means of the Senate probe. Solicitor General Jose Calida also criticized the neophyte senator, particularly for her supposed failure to curb the spread of illegal drugs during her term as justice secretary.

Dela Rosa’s pronouncements on De Lima and the planned Senate probe have since softened. More recently, the 4-star police general has said that it’s De Lima’s job to call for a hearing.

Still, the chief of the PNP insisted that nothing should stop the “momentum” the police force has now.

“Sawang-sawa na ang taong bayan. Ito na ang tsansa natin. Sana tayo’y magtulung-tulungan. Huwag nating sayangin itong golden opportunity. The momentum is ours,” he said in a speech during a visit to the regional police office in the city.

(Our countrymen are fed up. This is our chance. I hope we help each other. Let’s not waste this golden opportunity. The momentum is ours.)

Turning to his friend, neophyte senator and renowned boxer Emmanuel Pacquiao, Dela Rosa said, laughing: “There’s no stopping us… not even [a] Senate inquiry, di ba ‘pre (right my friend)?”

Dela Rosa encouraged the police to continue their operations despite the deluge of criticism against them. Human rights groups and even international groups have already raised alarm over the rising death toll in the war on illegal drugs.

The PNP should continue and forge on, said Dela Rosa, so long as they “follow the law” and “respect human rights.”

Aside from operations around the country, the government has also cracked down on powerful players with alleged ties to the illegal drugs trade.

Recently, Duterte himself read a list of politicians, police, and members of the judiciary with alleged ties to illegal drugs.

Many of those named have showed up before the police, insisting on their innocence. – Rappler.com