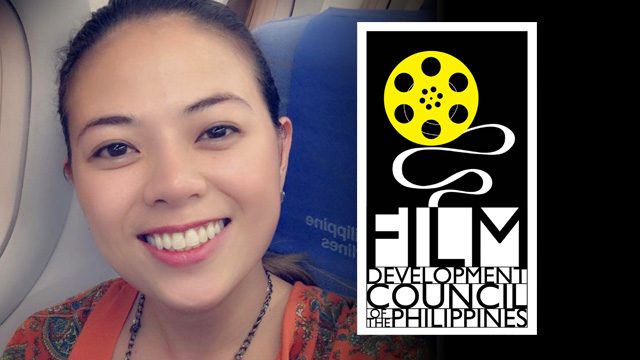 MANILA, Philippines – President Rodrigo Duterte has appointed Liza Diño as chairperson of the Film Development Council of the Philippines (FDCP) for a term of 3 years, Malacañang announced on Friday, August 12.

Diño replaces Briccio G. Santos who has headed the agency since 2010.

The FDCP, created under Republic Act No. 9167, is mandated to formulate and implement policies and programs to upgrade the craft of filmmaking, among others.

Malacañang announced the latest presidential appointments on Friday, which included celebrity couple Diño and Aiza Seguerra, who was named chairperson of the National Youth Commission.

Prior to their appointment, Duterte has asked for the couple’s help in promoting arts and culture.

“We are very pleased to know that the thrust of the Duterte administration’s social agenda is to give importance to culture as one of the main components in nation building,” Diño said in a previous social media post.

Diño is a multi-awarded actress who has appeared in independent and mainstream films.

Diño and Aiza have been a vocal supporters of President Rodrigo Duterte since he emerged as a presidential candidate, and campaigned for him on social media and at rallies.

Despite her support for Duterte, Diño had criticized the president for whistling and offending GMA reporter Mariz Umali during a press conference in Davao City.

“From his mouth towards a receiver – the burden of context now lies not with him, but with Mariz. And Mariz said and felt it was improper,” Diño said.

In September 2015, Diño also supported the Lumads in their fight against the alleged attacks and killings in their community.

Diño and Seguerra are the latest celebrity supporters of Duterte to get posts in the new administration. Among the others are singer Jimmy Bondoc and comedian Arnell Ignacio, who have appointed as assistant vice presidents at the Philippine Amusement and Gaming Corporation (PAGCOR).

Freddie Aguilar earlier said Duterte had tapped him to chair the National Commission on Culture and the Arts, but the position is subject to election by the NCCA board. – Rappler.com