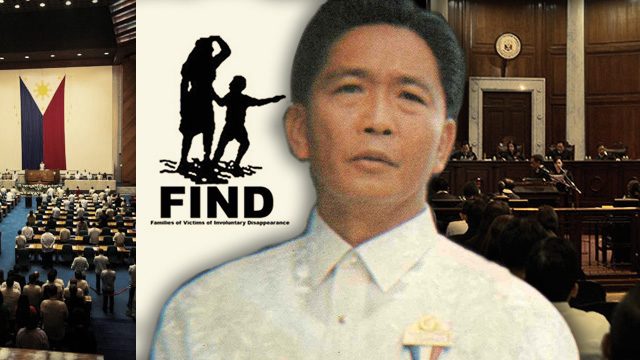 MANILA, Philippines – Several lawmakers and the Families of Victims of Involuntary Disappearance (FIND) have filed a petition before the Supreme Court against the scheduled interment of the late strongman Ferdinand Marcos at the Libingan ng mga Bayani.

The second petition raised the following points on why Marcos does not deserve a slot in the national heroes’ cemetery:

“No less than President Rodrigo Duterte declared in his State of the Nation Address that those who betrayed the people’s trust must be punished and reckoned,” the petitioners also pointed out.

They said this pronouncement contradicts the Chief Executive’s decision to allow Marcos’ burial at the revered shrine.

The SC was also urged to issue a temporary restraining order (TRO) against the planned interment in September.

Duterte earlier said that he will respect the Court’s decision but remained firm on his decision favoring the Marcos family. – Rappler.com