LOOK: The powerful commission that will check President Duterte’s appointments

MANILA, Philippines (UPDATED) – The Commission on Appointments on Wednesday, August 17, held its first session and elected its officers for the 17th Congress.

Ideally, the CA checks the abuse of the President’s appointing power, and evaluates the integrity, competence, and fitness of nominees through the act of confirming or rejecting appointments. (READ: To fix or to scrap the confirmation system?)

Here are the members of the Senate contingent: 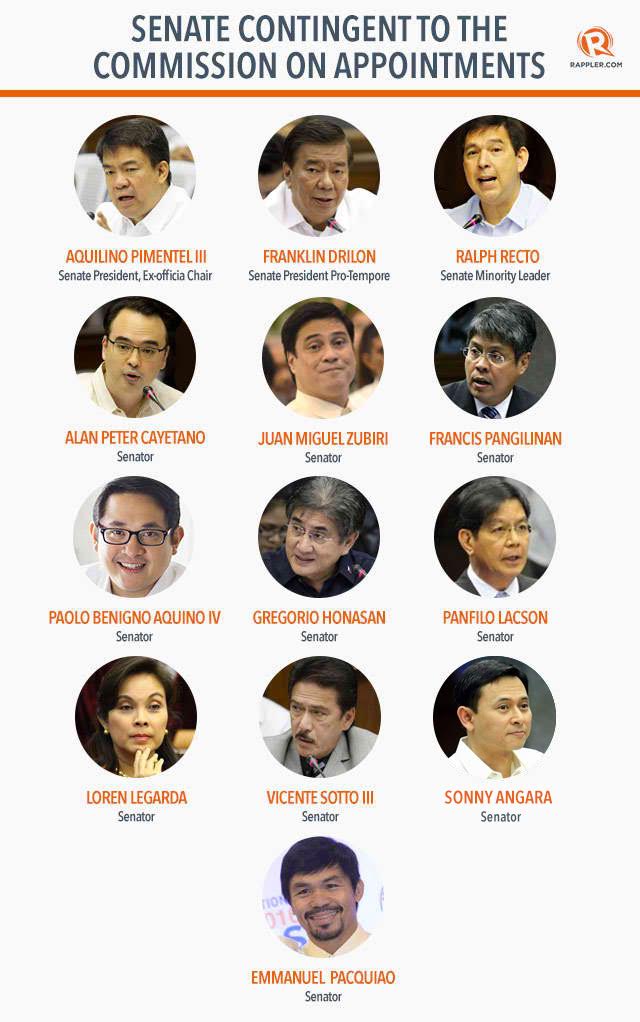 Here are the CA members from the House of Representatives: 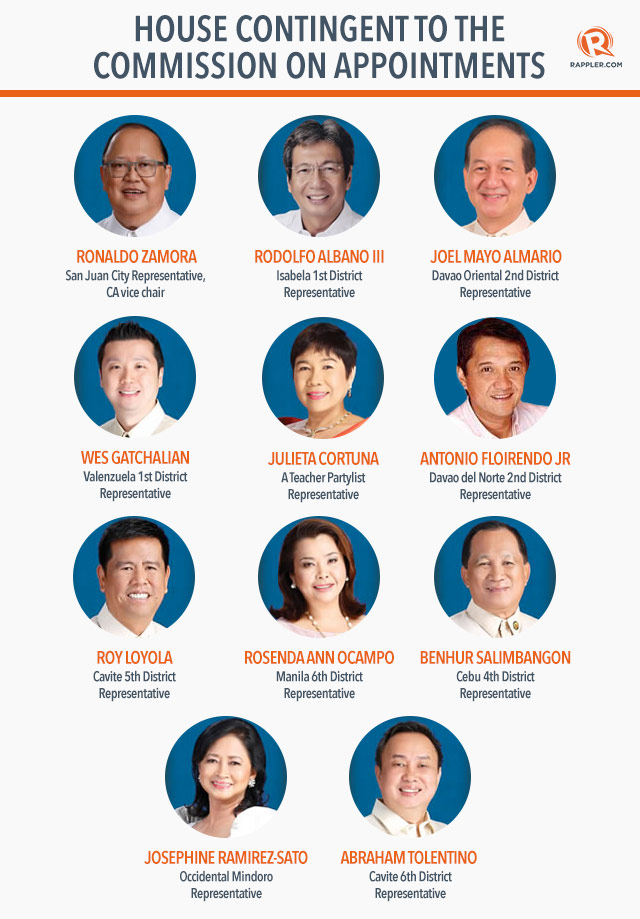 While often associated with Congress and mistaken as a committee, the CA is a different body whose creation is mandated by the 1987 Constitution. The CA is neither under the Senate nor the House of Representatives, even if all its members are senators and congressmen.

The CA is a powerful body that decides on the fate of appointed government and military officials, including Cabinet secretaries, ambassadors, and other members of constitutional commissions. (READ: Confirmation limbo: Long but futile process?)

This process has resulted to CA members’ apparent power tripping. Appointees, as expected, do what they can to get the coveted nod of the powerful committee. As with most transactions, compromise takes precedence in the CA. (READ: Beef and pork: Confirmation politics and Napoles)

To do its mandate, the CA is provided its own budget, its own set of officers and 23 committees, its own secretariat, its own office at the PNB Building in Pasay, and a staff of about 5 people per member – all separate from the Senate and the House of Representatives. – Rappler.com