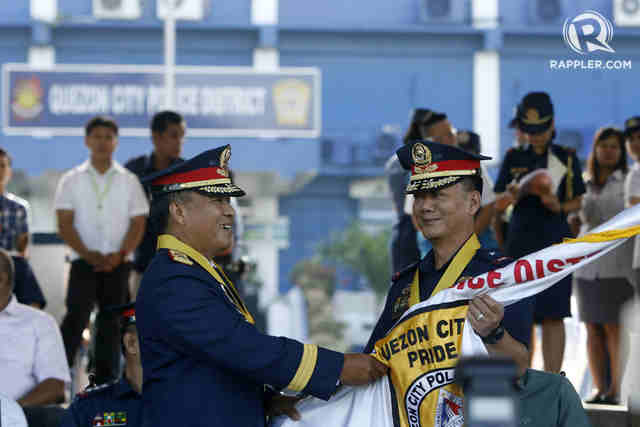 MANILA, Philippines – After weeks of gathering evidence, the Department of the Interior and Local Government (DILG) is ready to present its case against police generals Joel Pagdilao and Edgardo Tinio.

“Generals Pagdilao and Tinio – we are ready with the prima facie case against them, which I will sign when I get back to my office,” said Interior Secretary Mike Sueno on Monday, August 22, during a press briefing at Malacañang Palace.

Sueno said the DILG is likely to make public the case against the two top cops on Tuesday, August 23.

Pagdilao and Tinio were among the 5 police generals President Rodrigo Duterte accused of being involved in the illegal drug trade. All 5 denied the accusations and submitted themselves for investigation.

Pagdilao was a former chief of the National Capital Region Police Office while Tinio was once Quezon City Police District chief.

It has taken the department less time to gather evidence against Pagdilao and Tinio because the two were assigned to Metro Manila while Diaz was assigned to Western Visayas, far from the capital.

While Sueno could not reveal the exact whereabouts of Garbo, he said the Criminal Investigation and Detection Group still plans to file a case against him.

Meanwhile, Loot has been stripped of his authority over police and his right to carry firearms and have bodyguards.

But because Loot is a newly elected mayor, the DILG has not been able to find administrative cases to lodge against him.

Their strategy will be to conduct a lifestyle check.

“What we are doing is we are conducting [a] lifestyle check on him to find out [whether] his assets are not proportionate to his income. So that is our strategy,” said Sueno.

The DILG is also still in the process of “validating” evidence against around 100 barangay captains and some 50 local government executives suspected of links to illegal drugs.

But whether or not the names of these officials will be part of Duterte’s new list of supposed drug personalities is up to the President, said Sueno. – Rappler.com