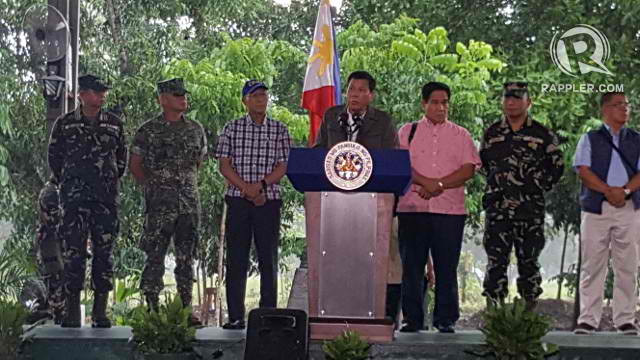 MANILA, Philippines – Soldiers and policemen can expect their salaries to increase next year, after the Philippine economic managers allotted about P40 billion of the 2017 proposed national budget for this to be realized.

“P39.59 billion is for salary increase of MUP [or] military and uniformed personnel. It’s subject to clearance by the President,” Budget Secretary Benjamin Diokno said during the Development Budget Coordinating Committee (DBCC) budget briefing before the House of Representatives on Monday, August 22.

But Diokno had said there is no budget for it this year.

The nation’s budget chief told a Senate hearing that there is no item in the 2016 national budget to grant the increase promised by Duterte this August.

But in the P3.3-trillion proposed national budget for 2017, P39.59 billion is earmarked for the incremental salary increase for military and uniformed personnel.

Asked to elaborate on the program, Diokno replied: “We have to talk to the President about this. It’s proper that the announcement comes from him.”

To implement the wage hike, a law should be passed for a new tranche of salary standardization, increasing the base pay of unifomed personnel.

The “incremental” increase is in partial fulfillment of his campaign promise to double the salaries of military and policemen in 3 years, Duterte had said. – Rappler.com