Pacquiao camp to get 'best deal available' for next fight

Miriam Defensor Santiago: 'God is not out there but in you'

In this obituary, we remember the life, politics, and wit of the late senator Miriam Defensor Santiago 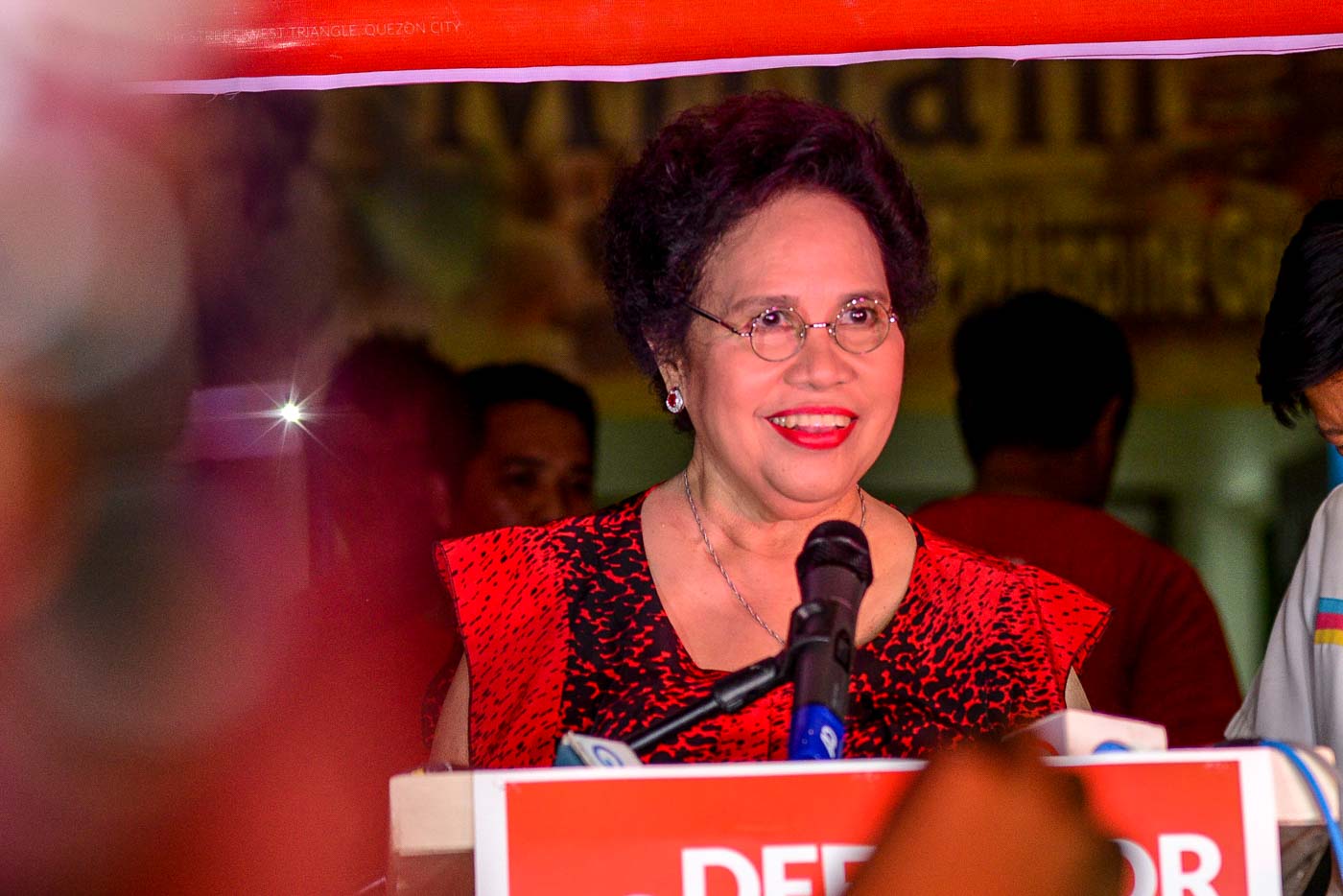 She ran for president 3 times under her own People's Reform Party. In 1992, her first presidential bid, Santiago came close to becoming president but was defeated by Fidel V. Ramos, whose victory she never acknowledged. She tried again in 1998 and most recently in 2016, but she performed poorly, placing only 7th and 5th, respectively. (READ: 15 things to know about Miriam Santiago)

More than her politics and courage, it is her punchlines and fiery speeches that will remain with Filipinos for a long time – whether they're about politics, sex, corruption or God. "God is not out there but in you," Santiago once said. She conceded: "I'm clueless about what God is." (READ: Miriam on God, hell and the middle finger)

In a March 2015 speech on leadership, Santiago said: "Many Filipinos are happy with okay na or puwede na ’yan…. Notwithstanding our history and economic condition, can we change our culture? Yes.’" (WATCH: Video: Miriam's water pick-up lines and leadership tips)

She finished as class valedictorian in both La Paz Elementary School and Iloilo Provincial National High School. She excelled in extra-curricular activities, becoming the editor-in-chief of her high school paper and winning a provincial swimming competition, among others.

The following year, in 1970, she and Narciso "Jun" Santiago Jr got married. They renewed their wedding vows 4 decades later. They had 2 sons, Narciso III and Alexander Robert (who died in 2003 after committing suicide).

Santiago earned a Master of Laws degree as a DeWitt Fellow in 1975 then a doctorate in juridical science as a Barbour Scholar and DeWitt Fellow in 1976 at the University of Michigan in the United States. Miriam then pursued postdoctoral studies in prestigious law schools like Harvard, Oxford, and Cambridge.

In 1996, Miriam finished academic requirements (without thesis) for the Master of Arts in Theology, Major in Religious Studies at the Maryhill School of Theology.

Miriam entered public service as a special assistant to the Secretary of Justice in 1970. On the side, she was a political science professor at Trinity University of Asia, and as a lecturer at the UP College of Law a few years later.

From 1979 to 1980, she was a legal officer of the United Nations High Commissioner for Refugees (UNHCR) in Geneva, Switzerland.

In 1983, during the waning years of the Marcos regime, Santiago became the presiding judge of Quezon City Regional Trial Court Branch 106, holding that post until 1987.

She was then appointed Commissioner of Immigration and Deportation from 1988 to 1989, and secretary of the Department of Agrarian Reform (DAR) from July 1989 to January 1990.

Also in 1988, Santiago was conferred the Ramon Magsaysay Award for Government Service, Asia's version of the Nobel Prize.

In 2011, Santiago was elected as a judge of the International Criminal Court (ICC), but was not able to assume office.

In June 2014, she decided to forego the position and stepped down due to health reasons. She had "secured neither alleviation nor treatment from the medical profession for my illness, known as chronic fatigue syndrome," she explained.

The following month, Santiago announced she was diagnosed with stage 4 lung cancer. She underwent medical treatment, and announced in October 2014 that 90% of her cancer cells have "regressed."

When she joined the 2016 presidential race, her health became a central issue. Santiago insisted that she was "completely free of cancer" when she refused to release her medical records in October 2015.

Her "guardian angel" did not take her away just yet, she quipped during the 1st presidential debate in February 2016.

But on May 31, 2016, she was admitted to the intensive care unit of the Makati Medical Center due to complications in her health condition. A week later, she was discharged from hospital.

In the last weeks of her life, Santiago was back at the hospital.

On September 29, while confined at St Luke's Medical Center in Taguig, she died in her sleep, according to her husband Jun Santiago. – Rappler.com

Editor's note: There was an error in the names of Senator Santiago's parents in an earlier version of this story. This has been corrected.