Dela Rosa to Senate: We are not butchers 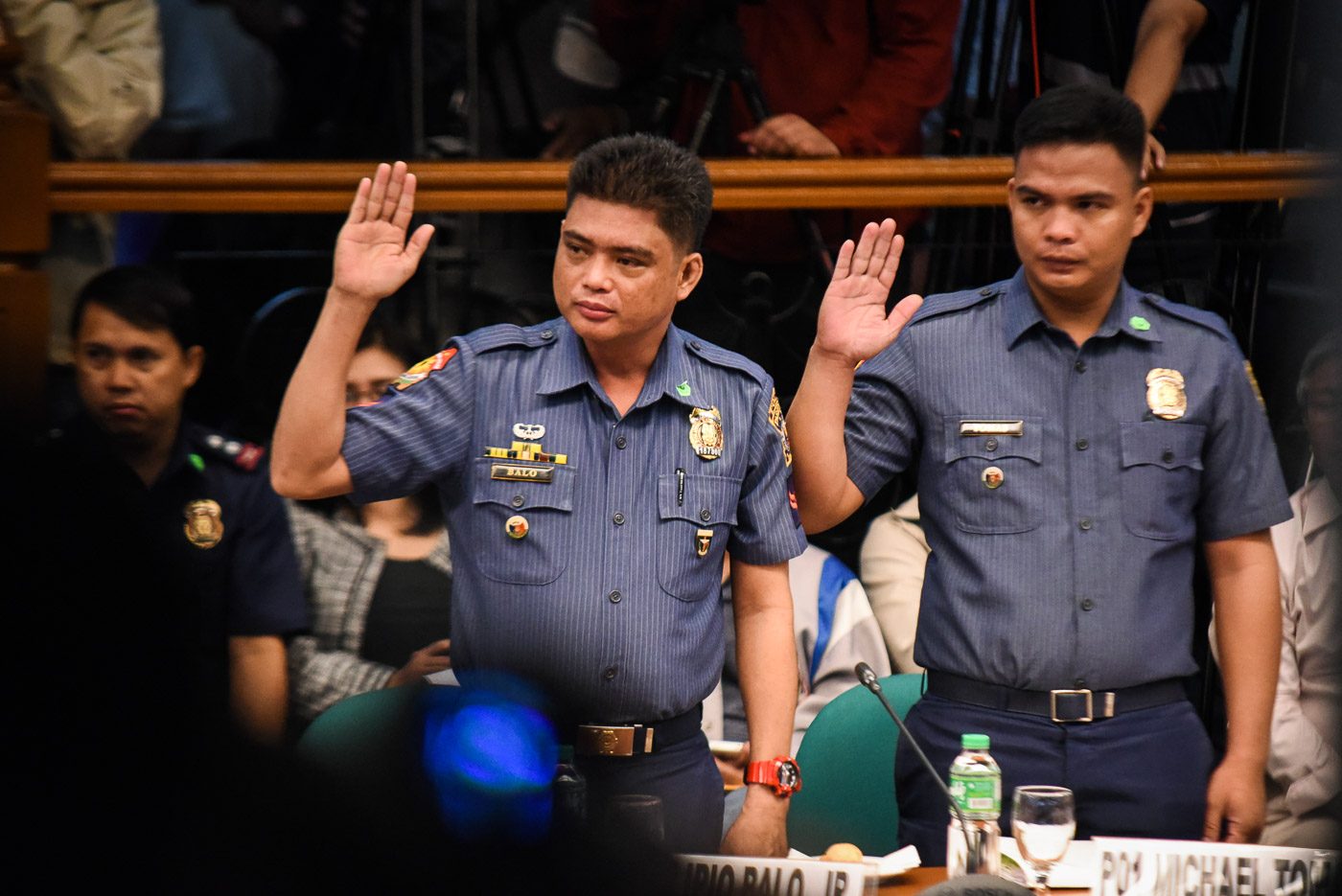 Dela Rosa had been leading the PNP in a nationwide campaign to stop – or at least suppress – crime, illegal drugs, and corruption. But it’s a campaign that’s also earned the ire of critics, who have hit it for being supposedly anti-poor and for encouraging violence and vigilantism.

(We risk our lives, my personnel are charged in court. But we’re humans too. We admit that we make mistakes too. We aren’t perfect, your honor. So I hope you balance the way you treat us.)

August 23 is the second day of the Senate’s probe into the rise of deaths in the context of the anti-illegal drug campaign and allegations that cops themselves have resorted to summary executions.

Dela Rosa had earlier expressed exasperation over the probe, saying that it could break the “momentum” of the PNP in its campaign. At least 756 drug suspects have been killed in police operations around the country while more than 1,000 deaths that are suspected to be drug-related are being investigated by police.

Senator Leila De Lima, who heads the Senate probe, had earlier expressed doubt over the PNP’s explanation for the 756 deaths during police operations. Police have explained that all the suspects who died fought back (“nanlaban“), making it necessary for police to use lethal force.

“Otherwise kung hindi sila nanlaban, buhay sila ngayon (If they did not fight back, they would still be alive today),” Dela Rosa told De Lima.

“Much as I would want to believe you…” De Lima replied.

“I hope you believe me, your honor,” said Dela Rosa.

Police operations have also resulted in the surrender of almost 700,000 drug suspects and pushers and the arrest of over 11,700 more.

Dela Rosa said it was “unfair” that “certain sectors” were criticizing and blaming the PNP for the spate of deaths even if his own men and women were putting their lives on the line.

(When I go to barangays, I feel the love of our countrymen. They hold my hand, they cry and they say, “Sir, thank you for what you’re doing for me and my children.”)

Citing data from the PNP, Dela Rosa said 9 police and 3 soldiers have died in anti-illegal drugs operations around the country. Another 23 uniformed personnel have been injured during those operations.

Relatives of drug suspects allegedly executed by cops themselves had testified before the Senate on Monday, August 22. The cops in their particular cases, the witnesses said, were drug pushers and protectors themselves.

Dela Rosa, reacting to the testimony of one of the witnesses, sacked Antipolo police who supposedly sold and did drugs themselves.

On Tuesday, he assured the witnesses of their security and even invited them to stay inside the “White House” or his official residence inside Camp Crame.

The PNP has always insisted that it does not condone extrajudicial killings or summary executions.

Dela Rosa himself has said that extrajudicial killings are an “insult” to the PNP, an institution tasked to ensure peace and order. (READ: Robredo to PNP: Do ‘what is right’ in fighting drugs)

(It pains us. They’re our men too but we filed cases against them because we’re after the truth and justice.)