Duterte on threat to leave UN: Can’t you take a joke? 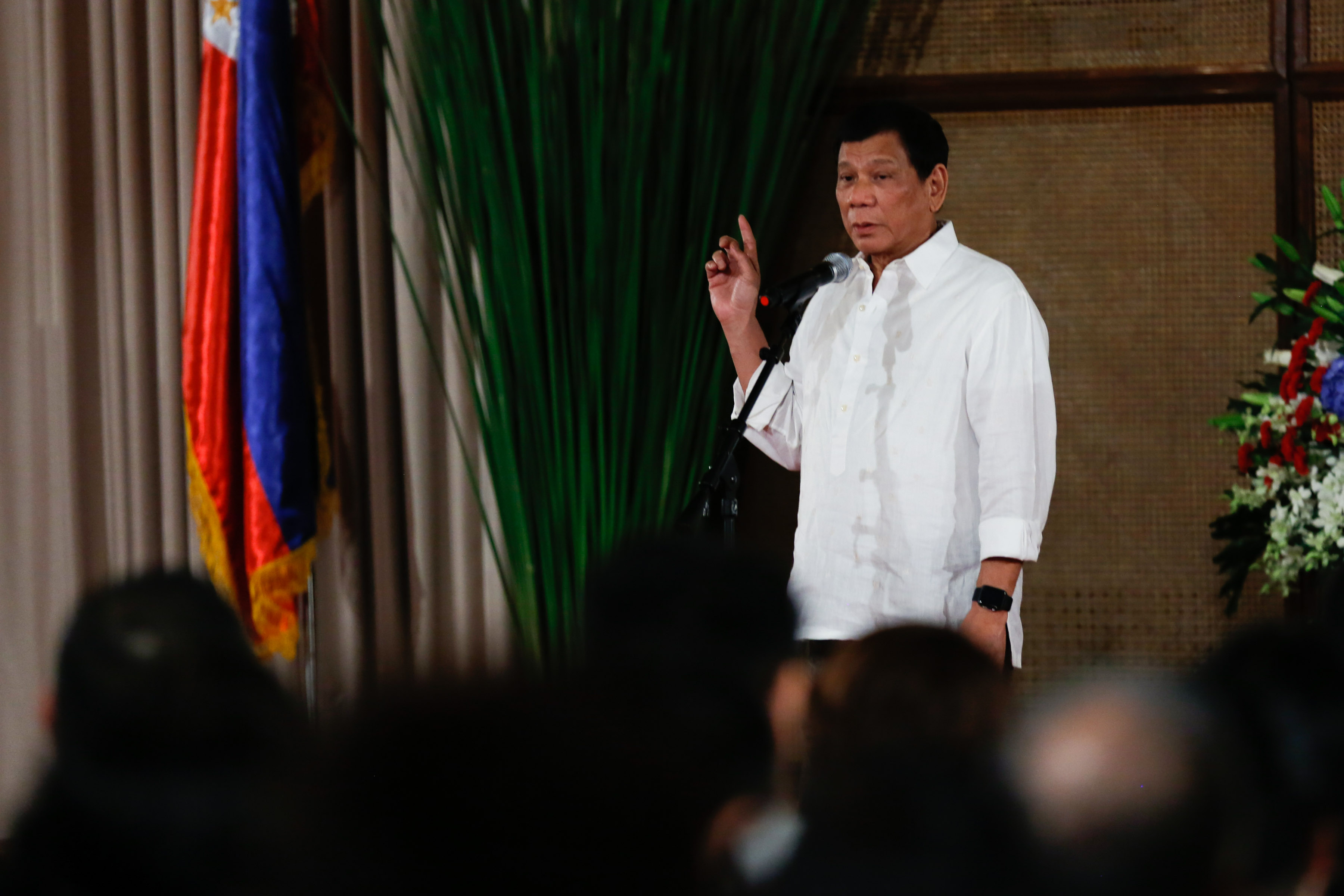 This was President Rodrigo Duterte’s answer to reporters who asked him if he was serious with his threat to leave the United Nations last Sunday, August 21.

(You still can’t take a joke? What will we join, the Association of the Sunken?)

He said the UN rapporteurs and experts were “rude” for directly calling him out instead of coursing their concerns to their head, UN Secretary-General Ban Ki-moon.

“Napakabastos naman niya (That’s so rude). Do not do that because you are addressing me as president, and you’re pointing to the police structure. This is a government, why would she directly – Gaga ba siya? (Is she crazy?) So there has to be a superior who will write her a letter, ‘Hoy respeto,’ sabihin mo sa kanya (‘Hey respect,’ tell her) before saying anything about genocide,” said Duterte.

Duterte, apparently not yet done with his jokes, mocked the use of the word “genocide” to describe drug-related killings under his administration.

“You have a genocide, suicide, homocide, side by side, upperside, pati upside…Tapos kami ang pinagbibintangan niya? (Then they are accusing us?)”

Duterte would prefer it if Ban wrote directly to him about the UN’s concerns. The Philippine president said he would then use the opportunity to take the UN to task for its own failures.

(Let Ban Ki-moon write to me so I can tell him he hasn’t done anything. You can’t stop wars, until now peope are being massacred by the thousands, by the hundreds.)

For failing to stop the Syrian crisis and the mass kidnapping of girls in Nigeria, Duterte again called the UN “one useless inutile body.”

Before then, Ban himself condemned Duterte’s “apparent endorsement of extrajudicial killings.”

The statements prompted Duterte to threaten to leave the UN. But the Palace and Department of Foreign Affairs clarified that the government has no such plans. – Rappler.com