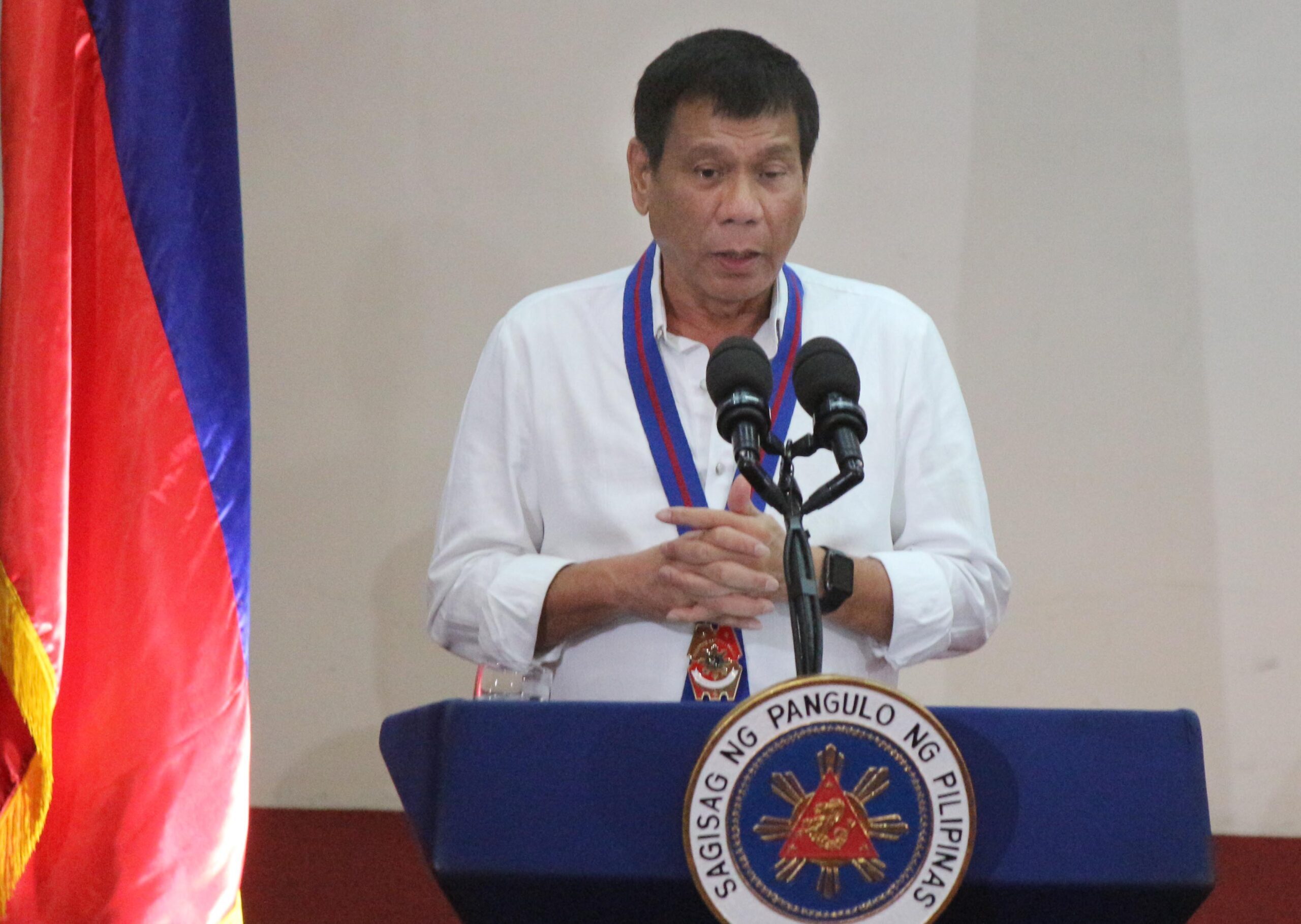 Facebook Twitter Copy URL
Copied
President Rodrigo Duterte restores the government's unilateral ceasefire with communist rebels at 11:35 pm on August 24, but the truce was supposed to be in effect for several days already

MANILA, Philippines – President Rodrigo Duterte announced a unilateral ceasefire with communist rebels before midnight Wednesday, August 24 – 3 days after the truce was supposed to be in effect.

“Effective this – it’s 11:35 [pm]. As of today, I am declaring a ceasefire. So I’m joining the Communist Party of the Philippines in its desire to seek peace for this nation,” Duterte announced at the start of a news briefing in Davao City.

“Likewise, in the same manner, I am ordering the Armed Forces of the Philippines pati ang (and also the) Philippine National Police as of today, meron tayong (we have a) ceasefire,” he added.

Duterte urged the military and the police to be “friendly” with communist rebels while the ceasefire is in effect.

“So we avoid hostile actions against each other, we do not go into any antagonistic behavior in front of whoever and as a matter of fact, I am encouraging people in government: the military and the police to be friendly with the forces of the revolutionary government of the Communist Party of the Philippines,” he said.

The truce declaration created some confusion since Chief Peace Adviser Jesus Dureza had announced on Saturday, August 20, that the President has restored the  government’s unilateral ceasefire with the New People’s Army effective Sunday, August 21.

“Today, the President restores the effects of that ceasefire declaration precisely at this strategic time when we are all at the onset of the formal resumption of peace talks that had previously stalled for the last 4 years,” Dureza said in a press conference on August 20, hours before flying to Oslo for the peace talks with the National Democratic Front, the political wing of the CPP.

Dureza said then that the ceasefire will take effect “for as long as necessary to bring peace in the land and also in order to provide an enabling environment for the success of the peace negotiations that will start in Oslo, Norway, on August 22.”

Shortly after Dureza’s announcement, the Armed Forces of the Philippines said it hoped “that this restoration of ceasefire by the President will be matched with the same zeal and sincerity by the other party.”

The Communist Party of the Philippines declared an  an initial 7-day ceasefire with government forces until August 27, to cover the duration of the peace negotiations, but later extended it to 7 more days starting August 28.

Duterte declared a unilateral ceasefire with the CPP-NPA-NDF in his first State of the Nation Address on July 25, but lifted it July 30, after the other party failed to meet his deadline to reciprocate the government ceasefire. – Rappler.com